About 30 employees in service after the cyber attack on Eberspächer: "Can be long-lasting"

A cyber attack has put Eberspächer's entire business out of action. Including the Purem factory in Nyköping with 200 employees - which is still offline. 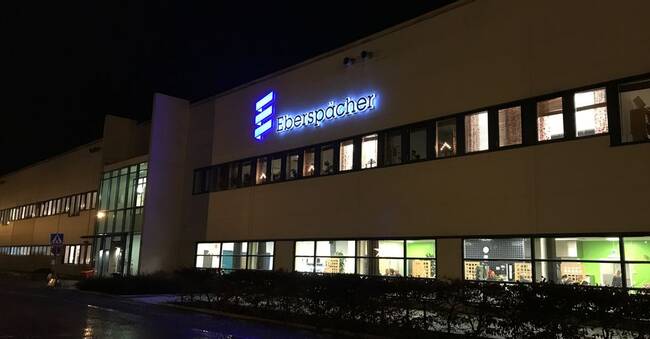 Globally, the company has 10,000 employees worldwide and last weekend the company decided to shut down its entire operations as a result of a cyber attack.

In a press release, the management wrote that they had thus done what was required to protect customers, employees and partners.

On Tuesday, the factory in Nyköping was still offline and now they are trying to work around the problem.

- Today there have been about 30 employees in the production and we have called in a bunch of people with the right skills to see if we can drive offline.

If we can do that, it is a huge step forward, says CEO Marie Wiström.

"Can be long lasting"

The factory is usually highly automated and Marie Wiström tells, among other things, how they are now trying to find ways to handle orders manually.

Her hope is that they can further increase their workforce on Wednesday, but she does not think they will return to normal production any time soon.

- The signals I have received are that this can be long-lasting.