Report in Le Monde: These are the moments before the "coup" in Sudan

Hundreds of thousands demonstrated throughout Sudan last Thursday to demand the transfer of power to civilians, in light of the continuation of a sit-in in front of the Republican Palace calling for a “military government”, which means that the transitional phase today is very fragile. 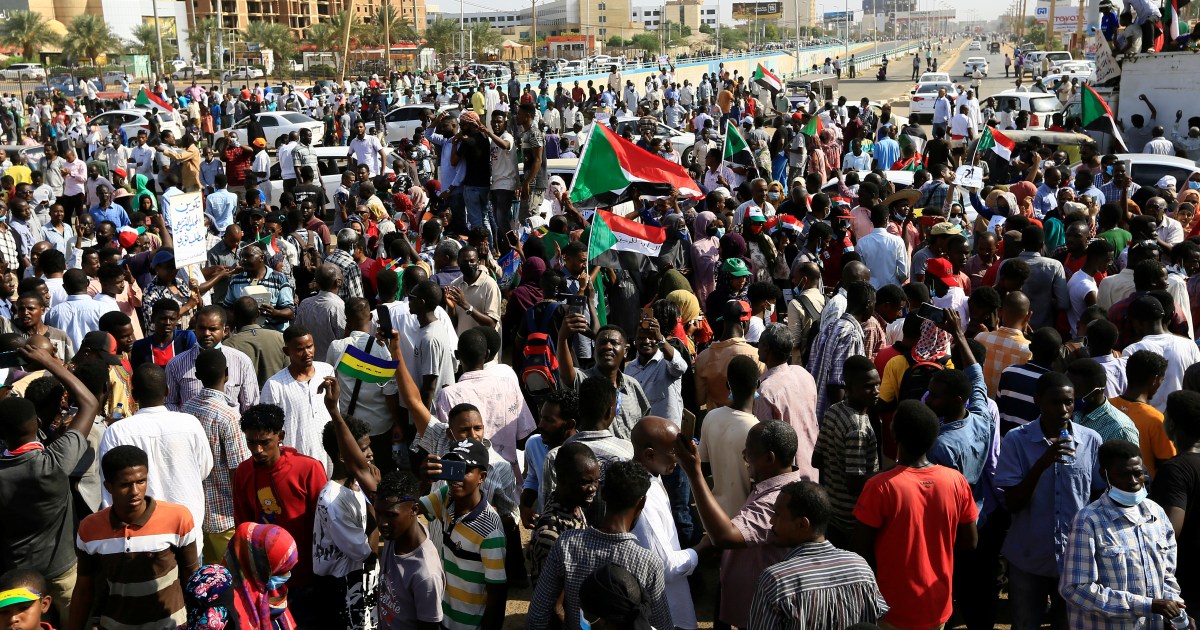 Hundreds of thousands of people demonstrated across Sudan last Thursday to demand the transfer of power to civilians, while a sit-in continued in front of the Republican Palace demanding a "military government", which means that the transitional phase in this country is more fragile today than ever.

This is what the delegate of the French newspaper "Le Monde" to Sudan, Elliot Brachi, summarized the situation in the country before the acceleration of events since last night.

Barashi warned that the resounding cry that the military protesters were chanting throughout the demonstration that "there is no going back" was not chosen by chance, as Sudan has witnessed since its independence 3 military dictatorships, each of which suddenly interrupted a democratic transition period.

Although dissatisfaction with the government’s performance is the dominant position among the protesters in front of the palace, the correspondent noted that there is a discrepancy in the way the situation is handled.

While some are calling for a technocratic cabinet to replace the government until free elections are held, others are openly calling for a military coup and a tightening of the army's grip on power.

As for those who support the continuation of the transitional phase and the achievement of the revolution’s goals, they accuse the military of having orchestrated the sit-in in front of the palace, and Taj Al-Sir Hassan, a member of one of the resistance committees, denounces this, saying: “It was created from scratch, and was funded by some generals in order to destabilize the transitional phase.” Many videos have also spread on social media showing individuals renting entire buses and distributing meals to encourage loafers to join the sit-in.

In addition to the military's weight in the economy and security sector reform, the reporter finds that there are certain issues that are fueling tensions between civilians and the military, such as the civilian authorities' desire to advance the transitional justice process.

Commenting on the current situation, Jonas Horner, a researcher at the International Crisis Group (ICG), says: “Concessions must be made,” stressing that civilians will have to reassure the military that they can continue to play a role in running matters;

The generals - according to him - will not accept the loss of their legal immunity and their economic resources.

As for the lawyer Somaya Ishaq, she comments by saying: "Those who participated in these crimes are still in power, and they are playing to gain time."