Migrants: Poland sends reinforcement of soldiers to the border with Belarus

Poland is trying to stop the influx of migrants from the Middle East who pass through Belarus. The country is also planning the construction of a wall. The situation at the border is… 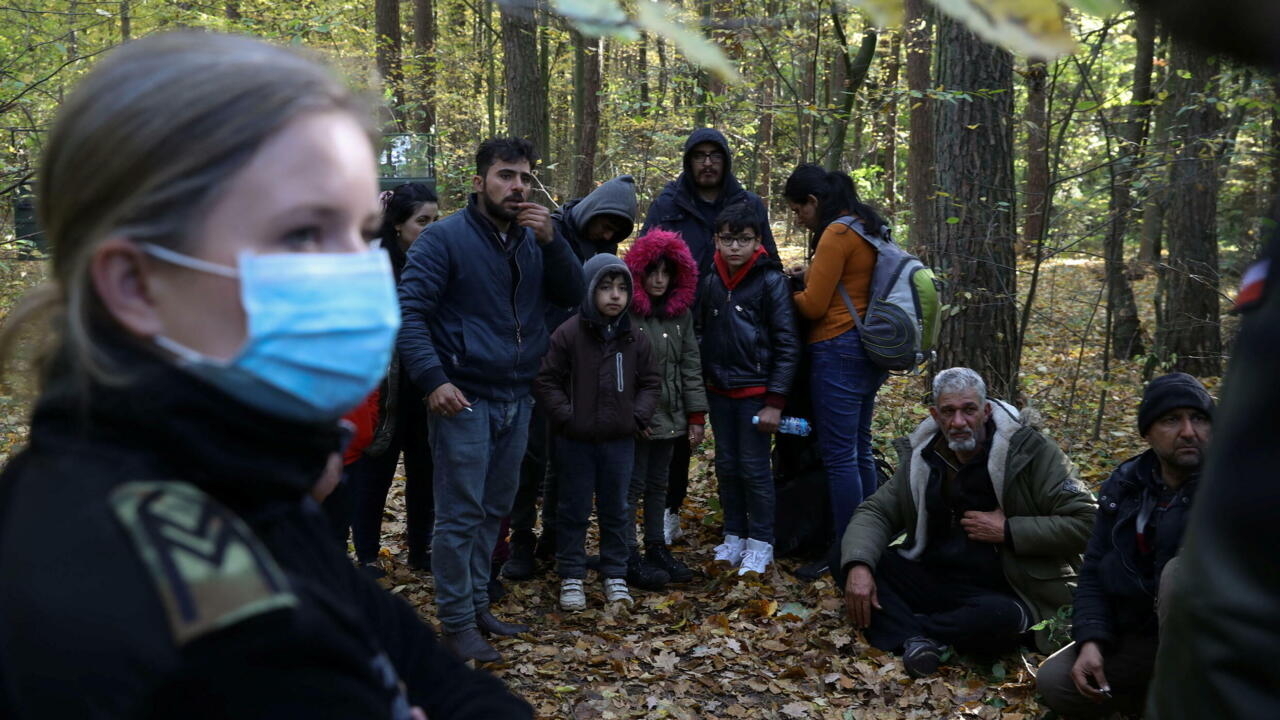 Migrants: Poland sends reinforcement of soldiers to the border with Belarus

A group of Iraqi migrants are surrounded by border guards and police after crossing the Belarusian-Polish border in Hajnowka, Poland on October 14, 2021. REUTERS - KACPER PEMPEL

Poland is trying to stop the influx of migrants from the Middle East who pass through Belarus.

The country is also planning the construction of a wall.

However, the situation at the border is increasingly tense.

This is the third time in less than ten days that Defense Minister Mariusz Blaszczak has announced a reinforcement of soldiers on the border with Belarus.

It must be said that the number of illegal attempts to enter Poland is very high: several hundred per day according to border guards.

To read also: Migrants: Ursula von der Leyen does not want "barbed wire or wall" at the borders of the EU

deliberately transporting these refugees in

order to put pressure on the European Union.

to prevent migrants from re-entering the EU.

Over the weekend, a group of around 60 migrants tried unsuccessfully to force the border and threw stones at Polish soldiers, two of whom were injured.

The border guards also claim to have recognized Belarusian soldiers, dressed as civilians, cutting the barbed wire with shears to pass the migrants.

NGOs say they received nearly 1,000 calls for help last week from migrants in distress on the Polish side of the border.

Migrants turned back from one country to another, trapped and whose survival in the forest becomes more and more difficult with the temperatures which drop.

A dramatic situation in the eyes of the UN High Commissioner for Refugees, which calls for "

" to save these people stranded at the border.

UNHCR estimates that eight refugees have died in recent weeks trying to cross the border.

According to Rafal Kostrzynski, UNHCR representative in Poland, reached by phone by RFI, refugees have drowned. He reports the case of a young Syrian who died while trying to cross the Boug river, between Belarus and Poland. But in most of the cases that have been reported to him, it was the cold that caused the deaths of these people.

Most of the refugees we found living in the forest suffered from hypothermia,”

These people were left without food and water, but also without a sleeping bag or tent, while temperatures were below zero overnight.

Even during the day it is very cold in this border area and all these people have on them is their clothes.

They are therefore very vulnerable.

UNHCR has repeatedly called on Poland and Belarus to apply a humanitarian solution to prevent those people stranded at the border from suffering and losing their lives.

And we continue to do so,