Dean of the Law School at the National University of Singapore and Director of AI Governance in Singapore Professor Simon Chesterman spoke about the importance of AI for the Pacific nations of Asia. In an interview with The Diplomat, he said that artificial intelligence is a priority 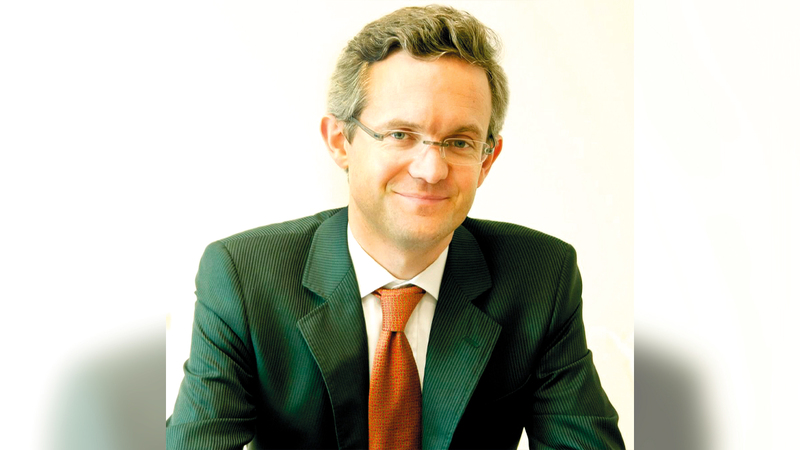 He believes that technology enhances human freedom rather than restricting it

Simon Chesterman: The ability to gather and analyze information has grown very rapidly over the past 20 years.

Dean of the Law School at the National University of Singapore and Director of AI Governance in Singapore Professor Simon Chesterman spoke about the importance of AI for the Pacific nations of Asia.

In an interview with The Diplomat, he said that artificial intelligence is a strategic priority for the Pacific countries, and that technology increases human freedom rather than restricting it.

Here are excerpts from the interview:

■ What are Pacific countries doing to develop their capabilities in artificial intelligence and information management?

What are the successful countries in this field?

■■ The importance of technical innovation for economic development has always been a good feature of the economic systems known as the Asian Tigers.

Rich countries with strong internet networks such as Japan, South Korea and Singapore have benefited from advanced technology, as have consumers.

Finally, China has made artificial intelligence a strategic priority.

From the start, the definition of "success" was based on growth.

■ How do artificial intelligence and information affect societies in the Pacific countries?

■■ The positive impact is the improvement of services and the efficient distribution of resources.

There is a relationship between the adoption of artificial intelligence and the distribution of these benefits to consumers.

The worrying negative impact is the way in which power is concentrated in the hands of a limited number of companies, and how it facilitates state control over individuals.

Because it facilitates the state's access to information in a way that it could not have imagined in the past, as privacy is less than in Europe, for example, but another reason is that people are not given a choice.

■ Are Pacific governments using artificial intelligence and information management to strengthen their oversight over their people?

■■ Twenty years ago, in the events of September 11, the concept of surveillance changed in many parts of the world.

This is due, on the one hand, to the huge amount of information being collected.

We are now seeing the growth of information analysis capabilities in record time.

It is said that in 2001 the US National Security Agency intercepted a message warning of attacks on September 10th, but given that it was delayed because it had been manually translated until September 12th, it was of no value.

But certainly the ability to gather and analyze information has developed a lot in terms of speed over the past 20 years.

■ How can Pacific governments organize AI and information management in a way that maximizes benefit and minimizes harm?

■■ There is a growing realization that some form of regulation and laws are necessary to gain the benefits of AI and reduce the harms.

Until recently, some governments expanded these systems as far as possible, in order to make room for innovation.

In my book, We Are Robots: Regulating Artificial Intelligence and the Limits of Law, I try to provide details on how to engage with systems of law.

■ Is there competition in artificial intelligence and information management between China and other countries such as the United States?

If the answer is yes, who wins this competition, and what shows its success.

Is there a price for this success?

■■ Of course there is competition, which is healthy and good for this technology, and you can remember the space race between the United States and the Soviet Union during the Cold War.

Competition can motivate the imposition of regulations on dangerous technologies.

Even before the first atomic bombs were used in Hiroshima and Nagasaki, scientists were trying to find a way to make use of nuclear energy, while also putting limits on its destructive energy.

But the risks of this competition are real, if we start to consider the Internet divided and the world divided in a cyber war, or if we see the concentration of power and wealth in the hands of a small group of people within two decades, all of this will have opposite results to seeing the Internet and artificial intelligence, as a technology It can enhance but not restrict human freedom.

• There is a growing realization that some form of regulation and laws are necessary to gain the benefits of AI.