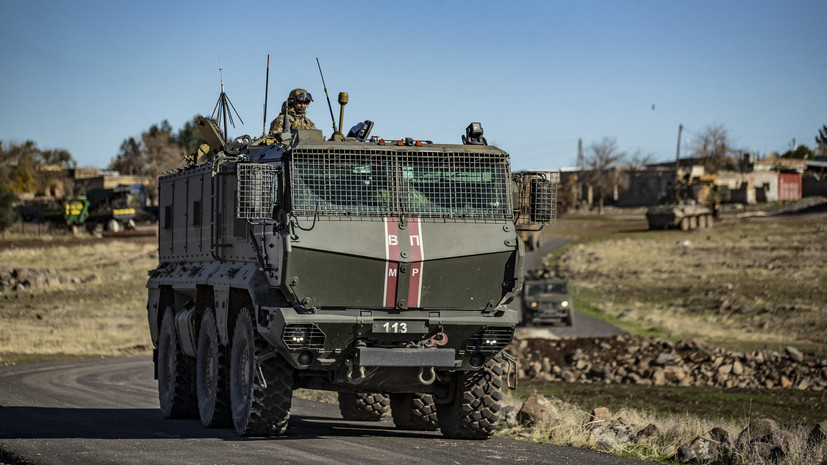 This was announced by the Russian Center for the Reconciliation of Warring Parties in Syria.

"Today at 08:55, during patrols by units of the Russian military police on the M-5 highway in Daraa province, in the vicinity of the village of Umm al-Maaten, an improvised shellless explosive device was detonated in front of the lead vehicle of the convoy," the CPVS said.

The center also reported that as a result of attacks from the militants on the positions of the Syrian government forces in the provinces of Aleppo and Idlib, one Syrian soldier was killed and three were injured.