Find intruders in the house and shoot with the rifle, killed a man

It happened in Santopadre near Arpino. The owner of the house, owner of a tobacconist's shop, had already been robbed in the past 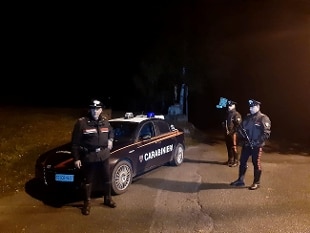 25 October 2021 Tragedy in the Frosinone area to Santopadre, near Arpino. A man, caught in the house with three other people, was shot and killed by the owner of the house.

The event happened in the evening shortly after 8 pm in the town between the Sorano and Val di Comino. On the spot, the Carabinieri of the Compagnia di Sora who immediately cordoned off the area and started investigations to reconstruct what exactly happened. The owner of the house, owner of a tobacconist's shop, had already been robbed in the past.

It is learned that the man killed is a 39-year-old Romanian. The man, along with three accomplices who later fled, entered the tobacconist's house believing there was no one there.

Upon returning to the house, the noises coming from the upper floor made the landlord suspicious.

During the escape, one of the four men was shot at and killed.

The magistrate Marina Marra of the Cassino prosecutor questioned the tobacconist who allegedly acted in self-defense.

The man killed, according to leaked rumors, was armed with a pistol.