Turkish President Recep Tayyip Erdogan has retracted the threat to expel 10 Western ambassadors who demanded the release of the opposition leader Osman Kavala, imprisoned for four years in Turkey. He believed in 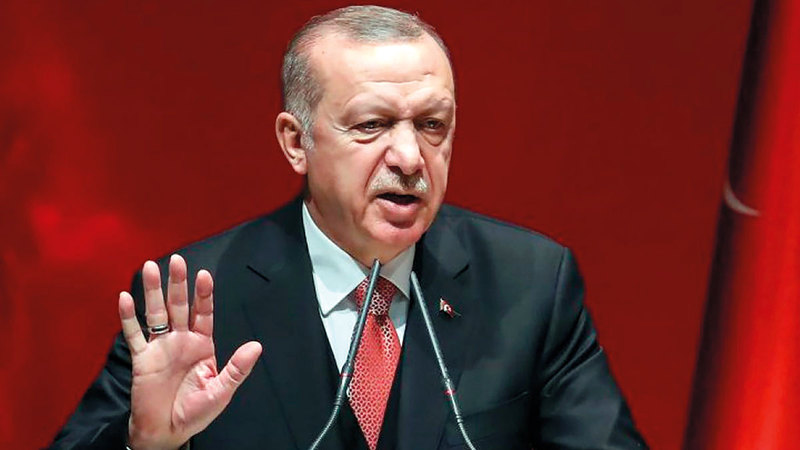 Turkish President Recep Tayyip Erdogan has backed away from the threat to expel 10 Western ambassadors who had called for the release of Osman Kavala, a dissident imprisoned for four years in Turkey.

Erdogan said after a cabinet meeting in Ankara that the ambassadors had retracted their "defamation of the judiciary and of Turkey".

He believed that "ambassadors will now be more cautious in the future."

It was a marked change in the language used by Erdogan last Saturday, when he said he wanted to see the ambassadors of the United States, Germany, Canada, Denmark, Finland, France, the Netherlands, New Zealand, Norway and Sweden declared "persona non grata" and expelled from the country.

Erdogan was angered by a joint statement issued by the 10 countries on October 18 calling for Kavala's release, calling it an improper interference in Turkish affairs.

And the US embassy in Ankara tweeted one sentence that seemed to defuse the diplomatic row.

"In response to questions regarding the October 18 statement, the United States indicates that it maintains compliance with Article 41 of the Vienna Convention on Diplomatic Relations," the tweet said.

Germany and France retweeted the tweet from the US embassy.

Article 41 states that diplomats working in foreign countries should not interfere in the internal affairs of the country in which they are located.