As in almost all countries, the campaigns of Chilean presidential candidates are designed to the millimeter. Speech, images, social networks ... But from time to time ... 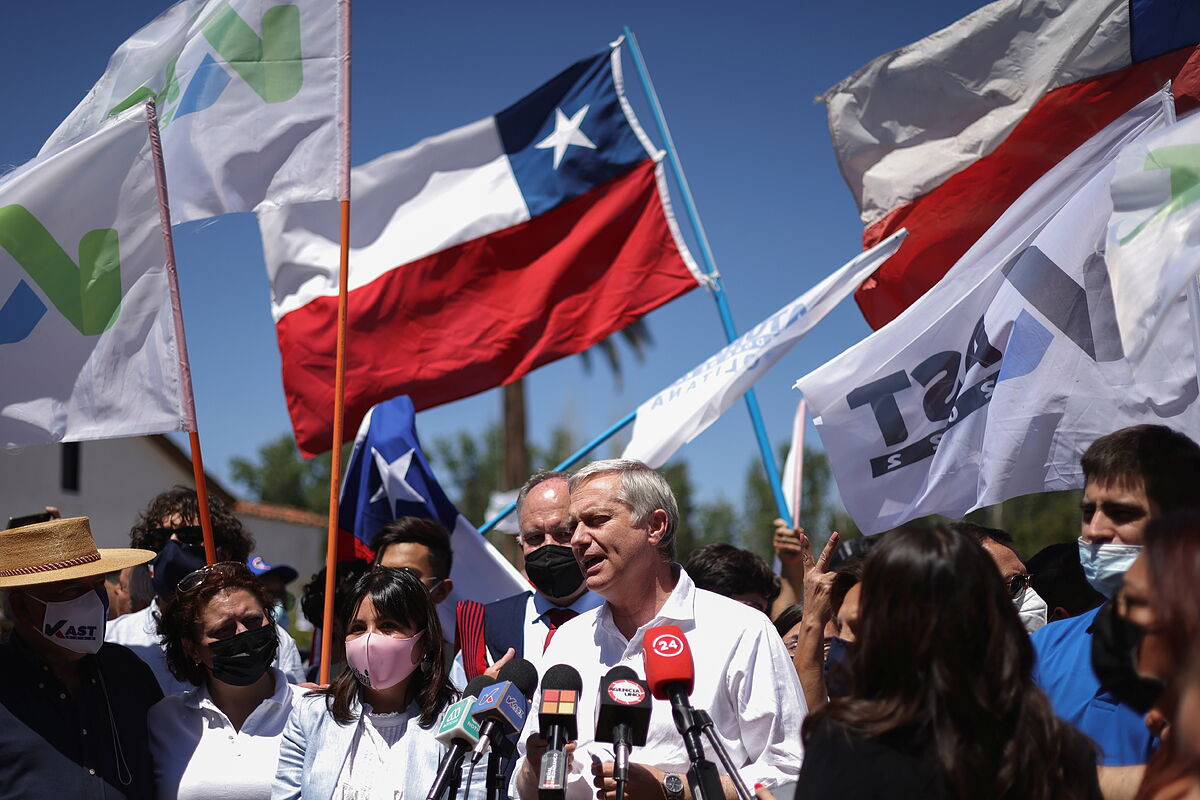 As in almost all countries, the campaigns of Chilean presidential candidates are designed to the millimeter.

Speech, images, social networks ... But from time to time the unexpected comes up.

It happened this weekend, with 'El Mercurio' opening the pages of the "Society" section with an article titled

The article, displayed on a page and a half of the newspaper, which is in a sheet format, was accompanied by a large number of photos showing different moments in the life of Göring, who was the

second most powerful man of Nazism

during the years of Adolf Hitler and was sentenced to hang at the Nuremberg trials, accused of

The military man committed suicide the day before the sentence became effective.

Seventy-five years later, 'El Mercurio' considered it appropriate to dedicate an article to him in memory of his death in prison.

The German embassy in Chile pointed out on its Twitter account that, although it is not its custom to comment on newspaper articles, it would make an exception.

"This character, H. Göring, committed crimes against humanity and was one of the pillars of the Nazi regime," he said.

nefarious role during the Nazi regime and in the Holocaust."

The Chilean newspaper apologized this Monday: "It has never been the intention of 'El Mercurio' to make any apology or less to offend the victims of the Holocaust. There are innumerable signs over time that

the newspaper has maintained a critical and condemnatory stance of the Nazism.

It has also led to the publication of books on our publishing house and conversations about this tragedy, focusing precisely on the suffering of the victims and their families (...).

It is an error of our responsibility that we deeply regret. "

The entire Chilean political spectrum condemned the article, including

of the hard right and leader in the polls ahead of the November 21 elections.

is a criminal ideology, responsible for the murder of millions of people

and whose actions - and the apology for them - must be categorically condemned and not relativized. All my solidarity with the Jewish Community of Chile for this unacceptable offense," he said. Kast.

Yasna Provoste, a center-left candidate who is fighting for a place on the ballot, took advantage of the issue to attack Kast: "Nazism is one of the most extreme ideologies in history.

Any apology or naturalization of its leaders or symbols, is undemocratic. I hope that José Antonio Kast condemns the publication

of 'El Mercurio', even if that means ignoring his own family history. "

"I deeply regret the baseness of your words.

My parents are not alive to defend themselves, but on their behalf, I absolutely reject that you try to use my family and the suffering of millions of people for any purpose. electoral political ".

Michael Kast, the candidate's grandfather, was born in Germany and went on to fight in World War II.

Years later his son, Miguel, father of José Antonio, would be Minister of Planning and President of the Central Bank during the years of the dictator

The strange publication of 'El Mercurio' comes at a time when

is one of the most successful series on Netflix.

The colony was established in Chile after World War II and was a haven for Nazis where dissidents were tortured and murdered.

because it constituted an "apology for Nazism."

Sebastián Sichel, candidate for the presidency of the center-right of the current president Sebastián Piñera, emphasized on social networks that "the slightest space should not be left to criminals against humanity."

The hard-left candidate, Gabriel Boric, joined the rejection: "Unacceptable memory of one of the greatest Nazi war criminals and founder of the Gestapo Hermann Göring full-page in 'El Mercurio'.

An offense to the victims of the holocaust

and to all of us who have an unrestricted commitment to human rights. "

It is not, however, the first time that 'El Mercurio' is the center of a similar scandal.

"The peace mission of the Nazi Rudolf Hess".

Fcinco - F5Tweeter God week: from the queues in the United Kingdom to the mayor of Vigo inaugurating a Primark