Alex Ceesay: The gangster dragged me to crime

Listening to gangster rap as a young man helped him start committing crimes. And it is not possible to be successful in the genre without being part of the criminal world to some extent. That is the opinion of rapper Alex Ceesay - who himself has lived both a criminal life and is known for his rough lyrics. - It drew me there, he says in SVT's Aktuellt. 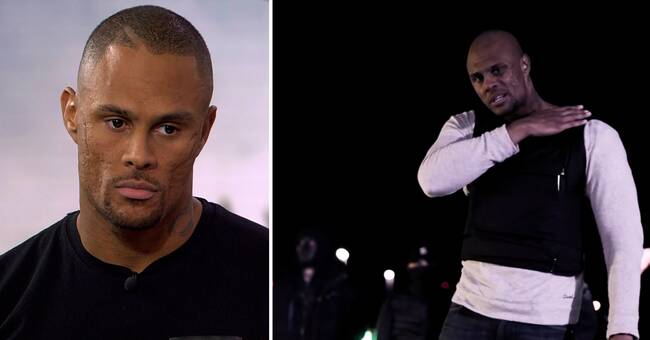 Rapper Alex Ceesay broke through when he was in prison for robbery in 2016. He has been convicted of several crimes, including assault, and is currently charged with, among other things, drug crimes.

He himself believes that the gangster rap he listened to as a young man contributed to him being attracted by the criminal life, he says in Aktuellt.

- I was extremely lost and I slowly but surely began to get a more and more romanticized picture of what it was like.

It drew me there, says Alex Ceesay about the gangster rap.

Alex Ceesay believes that he himself has contributed to the genre becoming rougher in recent years.

He has glorified violence in his songs, but does not believe that only crude lyrics can make a teenager commit a crime.

- But I think that confused young people who are slipping and struggling to create their own values ​​can be extremely influenced by the music, he says.

"Is there a requirement for authenticity"

At the same time, Alex Ceesay believes that as an artist it is not possible to live on gangster rap today if the lyrics are not rough enough and you at least have an insight into the criminal world.

If you want to live on it, you must be able to deliver the rough lines.

There is a demand for authenticity today.

You have to know what you are talking about, otherwise it will be noticed immediately, he says.