Tasks: Several misfires before the fatal accident at Rust

On three occasions shortly before the fatal accident on the filming of the western film Rust, there were incidents with a prop pistol. The same day that actor Alec Baldwin's shot killed the female cinematographer, cameramen and technicians left the filming in protest of working conditions, a source told the LA Times. 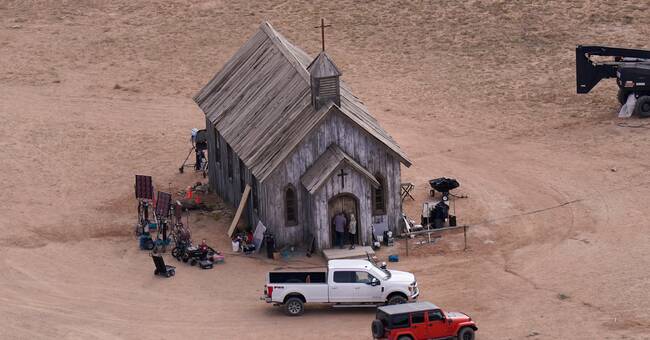 The frustration of the cameramen and other staff at the filming must have been about compensation and working hours, writes the LA Times, but there were also views that the security was not sufficient.

A person who works in the film team tells the newspaper that there was a "serious lack of security meetings at the filming location".

The same source states that on Saturday, the days before the fatal shooting, there were two misfires with a prop pistol and that the week before there was another.

The film company has not yet commented on this information.

Three sources in the New York Times also say that there have been at least two misfires in a short time.

The female cinematographer who was killed during the filming of the western film Rust in New Mexico is said to have been one of those who raised her voice for better conditions on the set.

The same day she was killed, camera crews left the filming location in protest and other people were then led in so that production could continue.

More details about the circumstances of the accident are now appearing.

The scene that was to be recorded was a shooting scene in a church, where Alec Baldwin's character would back out of the church.

Police have heard several people, including Baldwin, who have said he is cooperating fully.

It has also seized items from the filming location.

No person is suspected in the investigation.

Loose shots have killed actors in the past.

Hear Rick Pallaziol, who owns the supplies supplier Weapons of Choice, explain why even loose shots can be dangerous in the clip.