Putin weaves himself the legend of the untouchable strongman

Over the past decade, Russian President Vladimir Putin has been a constant source of concern to many in the West. These fears are, of course, well-founded, as no one can deny that fears of Putin and his inner circle have increased during this period, whether it is a matter of annexing parts of the 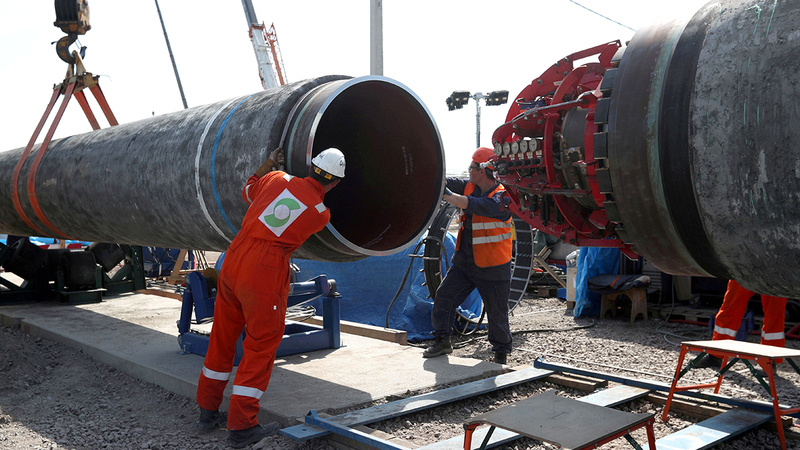 He took advantage of the opportunities offered to him by the "naive" West.

Putin weaves himself the legend of the untouchable strongman

Over the past decade, Russian President Vladimir Putin has been a constant source of concern to many in the West.

These fears are, of course, well-founded, as no one can deny that fears of Putin and his inner circle have increased during this period, whether it is about annexing parts of another country, supporting a dictator in a foreign war or poisoning dissidents on Russian soil. The Kremlin, led by Putin, no longer cares about the West, which has allowed Moscow's aggressiveness to grow with little effect on the president's behavior.

The world should remember what happened in recent weeks, with gas prices soaring across Europe due to reduced Russian gas supplies, and Putin cutting his country's loose diplomatic ties with NATO, it is worth taking a look at how misreading Western policymakers are. Putin, ignoring their willingness to use the weapons in his possession.

The energy crisis across Europe is revealing a very powerful tool that gives Russia powerful leverage in its relationship with Europe.

It is no secret that many European countries, including Germany, depend on Russian natural gas supplies.

The latter deficiency has hurt not only European economics, but also the geopolitics of this dependency.

While Russia fulfills its current obligations to supply European countries with energy, analysts say it may increase exports to help storage before what is expected to be a harsh winter, thus reducing costs and calming nerves.

The question from the Russian point of view is: Why this reluctance on the part of the West?

Moscow is still waiting for German regulators to approve Nord Stream 2, a controversial pipeline that will connect Russia with Germany and supply large quantities of gas to Western Europe.

“If the German regulator gives its approval for supplies tomorrow, the 17.5 billion cubic meters supply will start the day after tomorrow,” Putin said in a televised forum last Thursday, blaming the recent gas crisis and rising prices on EU energy policy.

The reason the pipeline is so controversial is that many see it as a project with geopolitical influence in Moscow's favour, a fear that has not subsided, even when Russian Deputy Prime Minister Alexander Novak said earlier this month that "the early end of the (Nord Stream 2) vacation will help." to calm the current situation.

Aside from the financial and geopolitical advantages that may come from Europe's dependence on Russian gas, it also helps play a role in the domestic political narrative that has developed over time in Russia: no matter how long the West gets in Russia wrong.

“The crux of this narrative is that Europe and the West need to rethink their crippling policies, whether they are related to energy, foreign intervention or state building,” says Oleg Ignatov, senior analyst at the Crisis Group in Russia.

10 years ago, this argument was more defensive, when the Kremlin wanted to protect itself from criticism from Western governments or NGOs, but now Russia can argue that Western policies in Libya, Syria and Afghanistan failed so badly that Russia's approach was in fact correct. All the time".

Of course, Western failure and Russian success are related to each side's priorities. Putin says the fall of the Soviet Union was the "greatest geopolitical tragedy" of the 20th century. And when you factor this in with much of Putin's behavior over the past decade — the annexation of Crimea, the spotlight on the West over military action in Syria by denying Russian activity, and the stoking of tensions between NATO and Turkey — it becomes easy to build an image of a leader trying to He restores his country's glories, and is only happy to take advantage of the opportunities offered by his naive international peers.

“Since the end of the Cold War, many of Putin’s generation have believed that Russia is still at war with the West,” says Mark Galeotti, professor emeritus at University College London. “This became more acute after the 2014 annexation of Crimea, which is why The reason is that we now see that Russia is more comfortable putting forces on international borders, spreading disinformation and going after political opponents, and as far as it is concerned with them, that is the basis of the war. The degree of threat.

Some argue that Putin's relatively limited threat has generated a lackluster Western policy in the face of Russian aggression, which in turn means that the Russian president can take hostile actions with very few consequences. This likely plays into Putin's favour, as it allows him to use these events as evidence that he is a strongman untouchable by the West, a topic he prepared for in a speech at the annual Valdai Dialogue Club in Sochi Thursday night, in which he criticized the United States Because of the "chaos" it caused in Afghanistan. That's the gist of it all, says Chatham House senior fellow, Keir Giles, and author of the forthcoming book How Russia Goes On. He proves this by saying:Russia has become more open and direct, when it takes advantage of the gas crisis in Europe to impose the Nord Stream pipeline project, or cuts all remaining links with it (NATO), it does so openly, and there is no longer a claim that Moscow is working for good relations with the West, It’s the same pattern we see domestically in Russia, the increasing repression is now overt and accelerating, because the Kremlin no longer cares.”

The limited means that the West has, of course, do not provide much reassurance to those who oppose Putin inside and outside Russia.

"Putin is an opportunist," said former Estonian Defense Forces commander Reho Teras. "A split (NATO) is the greatest gift he can get." Britain from the European Union is good for the United Kingdom, but it raises questions about a European army that will be weaker than (NATO).

Some believe that Putin's greatest asset is the hysteria and exaggeration of the threat he poses in part of the West, with a limited reaction from powerful countries, including the United States, to his outright hostility.

Logic goes something like this, Russian agents poisoning a former Russian spy on British soil is of course evil and dangerous.

However, it poses little real threat to the United Kingdom.

“Every time Putin takes an opportunity, it happened in Ukraine, in Georgia, he only understands strong messages, and if we keep showing division between us, he will likewise take it,” he says. “He is a street fighter, while the West is trying to ski. All over Russia, he plays ice hockey,” which is a different game.

Opposition figures in Russia believe that the West can take measures that would weaken Putin's position.

"Personal sanctions against those close to Putin, who are involved in corruption and human rights violations, will go a long way towards achieving this goal," opposition politician and executive director of the opposition leader Alexei Navalny's Anti-Corruption Foundation says.

Yet the myth fueled by Western confusion and inaction about exactly who Putin is, and what he wants, has also gone a long way in creating a domestic giant who can increasingly act with impunity in a way that fuels the myth about him in Russia.

Some argue that Putin's relatively limited threat has generated a lackluster Western policy in the face of Russian aggression, which in turn means that the Russian president can take hostile actions with very few consequences.

The limited means that the West has, of course, do not provide much reassurance to those who oppose Putin inside and outside Russia.

"Putin is an opportunist," says former commander of the Estonian Defense Forces, Reho Teras. "A split (NATO) is the greatest gift he can get."