Melisa Rodríguez: "The government aid for La Palma is a shame for others, they laugh at us"

Melisa Rodríguez was caught by the eruption of the La Palma volcano taking a bath on the beach. "It was a bit surreal," he admits now. &amp; quot; That day we were in ... 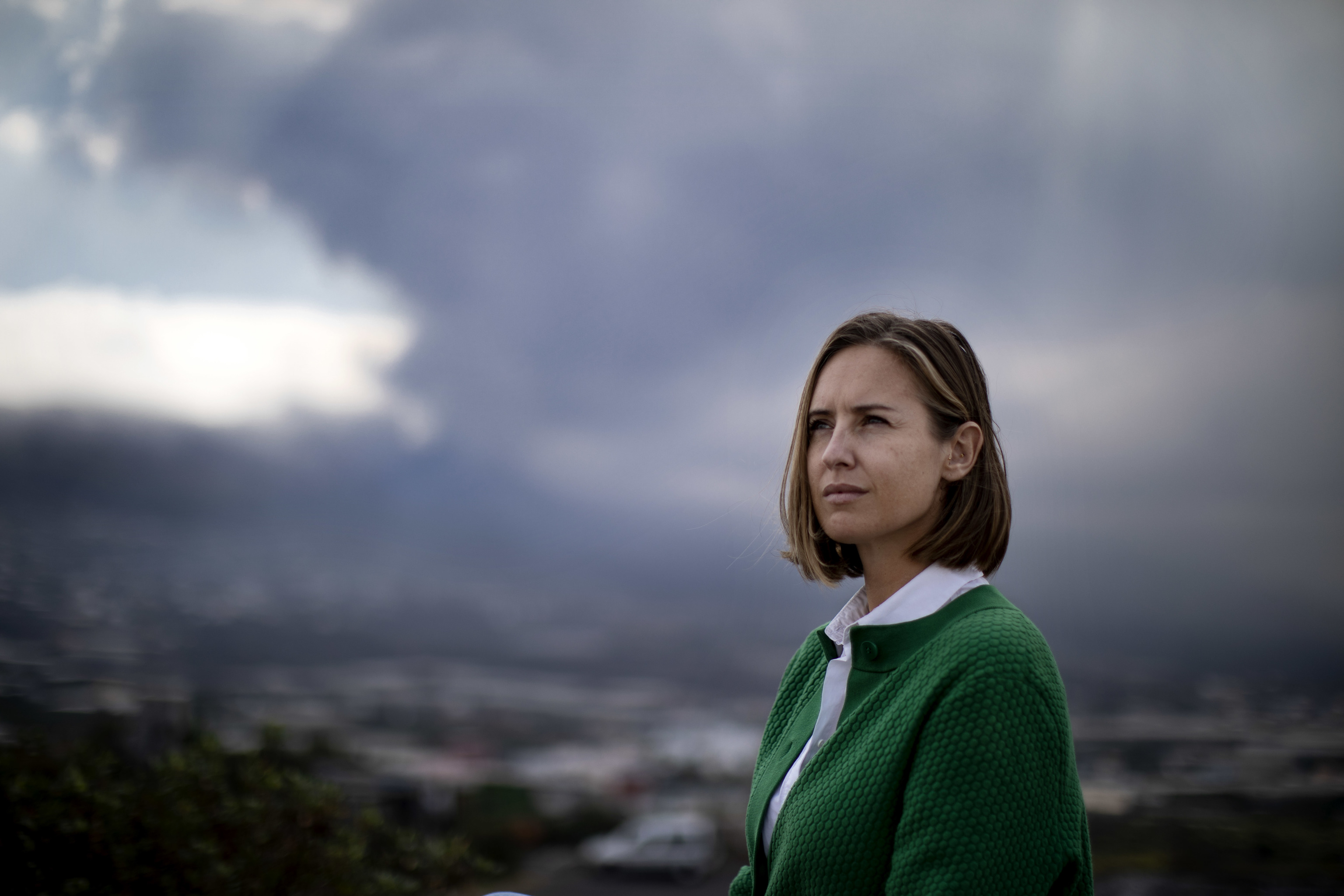 Melisa Rodríguez was caught by the eruption of the La Palma volcano taking a bath on the beach. "It was a bit surreal," he admits now. "That day we were on yellow alert, so I went to the sea and being in the water I began to see a lot of cars circulating. I asked, they told me that the volcano had just emerged from Cabeza de Vaca and I ran away. I waited at my house to the Civil Guard and an hour and a quarter after the eruption, I was already evacuated. In a suitcase I took the cholas I was wearing (some flip-flops),

two jeans, two shirts, don't ask me why five books on Architecture from the University, a juicer

, two figures of turtles and two photos, of my parents and the family ".

From his home in El Remo he went to see those he considers his second parents in Todoque.

That same night, she was evacuated a second time and moved to her mother's apartment in Los Llanos.

There they went for three weeks with two suitcases, five adults, two dogs, a cat and 12 canaries.

The next day, Melisa returned to rescue 31 nymphs, some chickens and everything that fits in a suitcase when you are given 15 minutes to choose.

"We do not take anything that could be bought again, only what cannot be paid, what has sentimental value."

The one who was a deputy and national spokesperson for Ciudadanos in Congress is 36 years old, is from La Palma and, after leaving politics last April, works as a consultant between the island and Madrid.

We are born knowing that our land is made up of volcanoes and that a volcano can rise anywhere. We were aware that what happened 50 years ago could happen. We are sea, saltpeter and lava, but we never think, at least the youngest, that the lava could come out in an urban area and be so destructive. Looking at the aerial photo every day to see when the volcano swallows your house is an agony that is very difficult to explain.

What has been the hardest of these weeks?

The most difficult moment was when I closed the door of my house in Todoque knowing inside that I was never going to open it again. And it is very hard to see your neighbors, people you know, crying, devastated. The first moment of shock that I remember was seeing a man on the street who was called by phone and told that he had lost his home. He began to scream and cry inconsolably. It is even harder than watching lava destroy a house.

Do you think that people outside the islands are aware of what is happening here?

It is impossible to transmit the pain one hundred percent through television, but I have noticed a halo of solidarity from the entire peninsula. There is still a lot of generosity and at times like this you forget the social distance of the Covid era and you feel that belonging again and that desire to fight despite the sadness.

Are you worried that we will forget La Palma when the volcano goes out?

We are very clear that when the volcano is extinguished in the media we will not be so interesting, but for that a platform of affected people has also been established. I can already assure you that, even if I am alone, I will sit in front of the Moncloa to demand that the money arrive. It is the goal of life that I have, that they do not forget La Palma and that they do not leave anyone behind. Here are people who have paid taxes all their lives, have contributed, have given everything and cannot be ignored. I don't like them when they talk about aid now, because this is not aids or alms, it is a right of people who are not to blame for this having happened.

Has someone from the government called you these days?

Not from the Government, but I have received calls from all the major parties, except from Vox. They have even called me from very surprising matches.

Pro-independence parties, for example, who have told me that they are there for whatever you need.

And does it surprise you?

No, because they are politicians I know humanly, beyond the headlines and the political row. They are aware of what a catastrophe like this entails and, if we are realistic, there is no reason why the Government should not protect the rights of these people. Supporting La Palma does not represent anything financially for a general state budget and, however, here it would mean giving back a life. That is why the Royal Decree issued by the Government seemed to me to be someone else's shame.

Well, let him stay and take a shovel and help remove the ashes like everyone else, because here the councilors, the members of the Cabildo, everyone is pitching in. Take the shovel and help because coming to make political announcements and announce 30,240 euros at most for the total loss of a home is to laugh at us. With 30,240 euros you do not restore a life. I just hope that the photos and all this carousel of ministers that we are seeing around the island is because they really are not going to be forgotten.

You who have been a politician, do you think politics is of any use in such a situation?

I decided to step aside because I believed that the system did not work. Now there is a very good opportunity for me and many other people to reconcile with the system and think that it can work. But, to this day, state aid has not arrived and three weeks ago they declared us a catastrophic area. We need urgent solutions so that people can begin to rebuild their lives, because there are many people who are leaving the island.

Have you been surprised by the calm reaction of the people?

No. We are very fighter people, who cry, let off steam but keep going because they have no other option. We will continue fighting so that La Palma continues to be the most beautiful island.

The Minister of Tourism said that the volcano may be a claim.

I found it to be a rather unfortunate comment. You can say that when the barbarism stops, when the money arrives, when we begin to rebuild. We all know that the volcano can be a tourist attraction and it will be an incentive for people to come to see it, but you cannot be so frivolous and say something like that when people are starting to lose their homes, when people are crying, when there is so much despair. It is unprecedented frivolity.

Do you find something positive in all this?

I think that finally people have located La Palma and they no longer confuse us with Las Palmas or Palma de Mallorca. I also believe that this can be an opportunity to rebuild the island in a sustainable way and turn it into a landmark.

And what will the psychological reconstruction of La Palma be like?

That is going to be even more complicated. I am a coach and I have volunteered to speak with whoever wants to speak, to focus on objectives and to move forward. I know that there are many volunteer psychologists working, but mental health is still a taboo and even more so in such small towns. The other day a friend told me: I don't know if the volcano will destroy the structure of my house, but mine has already completely destroyed it.

How long do you think it will take for the island to recover from this?

First this devil has to stop, we need him to stop, to stop that noise, to stop the explosions, to stop moving the windows and stop having the uncertainty, the feeling that the volcano is going to continue taking away our memories. As long as it does not stop, we will continue to be restless.

Are you still looking at the volcano every night?

Yes. And I wonder every day how something so beautiful can be so painful.

Sometimes I look at the lava and I don't know exactly where my house was anymore.

La Palma volcanoDeath of a beach: the volcano kills Los Guirres, "the best wave" for surfers on La Palma

Volcano in La PalmaThe Samaritan of the La Palma drone: "They tell me 'please, take out my grandmother's house'"

The El Fuerte barracks on La Palma: from hosting 20 soldiers to receiving more than a thousand people