Ligue 1: Marseille and Paris SG neutralize each other - France 24

Ligue 1: Marseille and Paris SG neutralize each other Marseilles (AFP) And here is a tenth year without a victory for Olympique de Marseille at home against its great national rival. He had ended twenty unsuccessful matches by winning at the Parc des Princes last year (1-0), but did not succeed in his boiling stadium. OM, however, played more than half an hour in numerical superiority, after the exclusion of Achraf Hakimi (57th), but failed to rewa 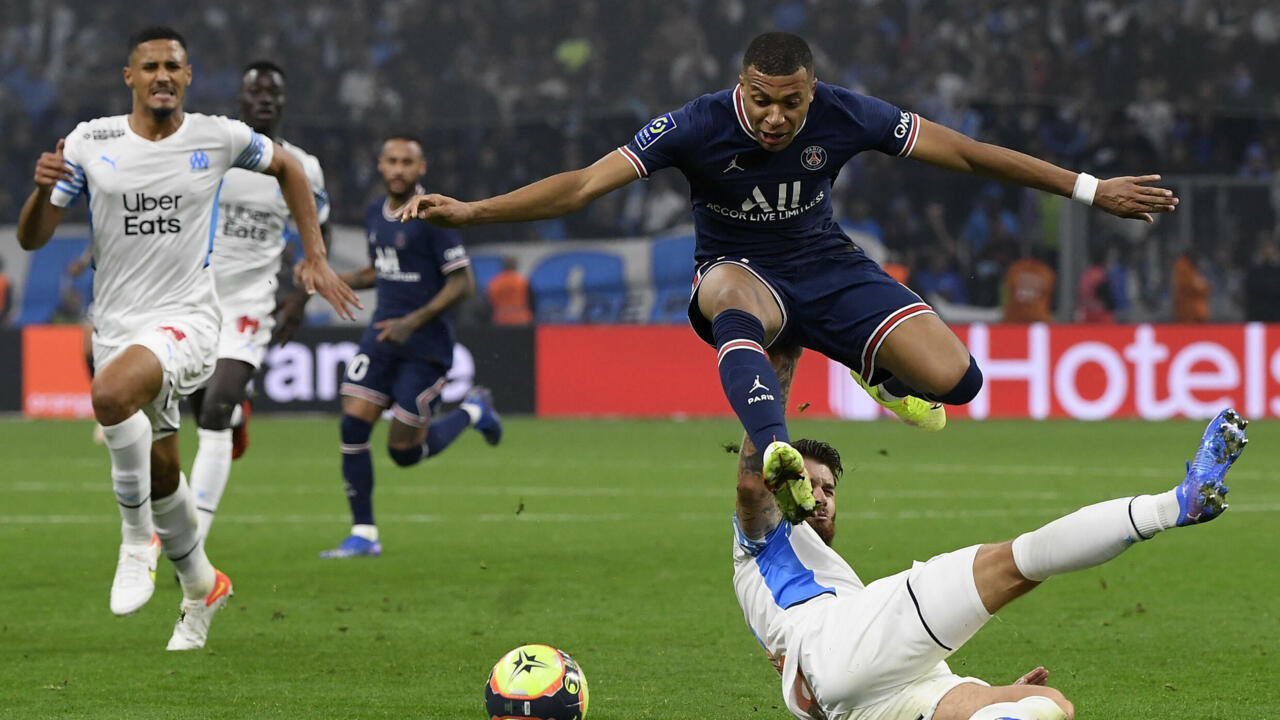 And here is a tenth year without a victory for Olympique de Marseille at home against its great national rival.

He had ended twenty unsuccessful matches by winning at the Parc des Princes last year (1-0), but did not succeed in his boiling stadium.

OM, however, played more than half an hour in numerical superiority, after the exclusion of Achraf Hakimi (57th), but failed to reward their wonderful audience (however, twice called to order for throwing paper balls at the Parisian corner shooters).

PSG, which recorded its first draw of the season in Ligue 1, remains the leader, ten lengths ahead of Marseille (4th), and seven ahead of Lens (2nd), but Mauricio Pochettino's work has hardly progressed, especially for the architecture of the MNM trio.

Lionel Messi extinct, Kylian Mbappé sluggish and Neymar surprisingly absent, the record of the Parisian stars is not terrible.

We have seen more video refereeing than the Parisian trio.

The VAR cooled the proceedings by canceling two goals, one for each team, for questions of millimeters each time.

An arm of Neymar, centering for the "against his camp" of Luan Perès, badly inspired (14th), a knee of Pol Lirola, decisive passer for Arkadiusz Milik, who made the Vélodrome explode with joy for a few dozen of seconds (21st).

The VAR still played a decisive role when Benoît Bastien changed his mind and excluded Achraf Hakimi, guilty of pushing at the entrance to the area (57th) Cengiz Under who was going on goal.

Referee Benoît Bastien cancels a goal after consulting the VAR during the OM-PSG classic at the Vélodrome stadium, October 24, 2021 CHRISTOPHE SIMON AFP

Mauricio Pochettino did not touch his MNM and took out Angel Di Maria to bring in Thilo Kehrer at the right-back position instead of the Moroccan.

OM frankly put their foot on the game this time, but their chances were not sharp enough, like this uncrossed header from Valentin Rongier on a good cross from Dimitri Payet (65th).

A volley from Cengiz Under was also countered for a corner (75th), but the best action of the match was spoiled by Konrad de la Fuente, a completely finished recovery when he arrived alone at the far post (77th).

This match remains a good 0-0, played throughout in an electric atmosphere, with a tifo "LFP merda" against the Professional Football League, allusion to the sanctions addressed this season to the Olympian club (travel bans or suspended withdrawal point after the Nice-OM incidents).

The Stade Vélodrome roared with every move Marseille a little interesting, and all the same celebrated its players at the end for this second 0-0 of the week, after that brought back from Rome against Lazio in the Europa League.

Even poor in scoring chances, the match was hotly contested.

OM were more dangerous, but lacked realism, as they often do.

On the last action before half-time, Valentin Rongier procrastinated before hitting and was countered (45th + 2).

Lionel Messi in a duel with Dimitri Payet during the classic OM-PSG played at the Stade Vélodrome, October 24, 2021 NICOLAS TUCAT AFP

The PSG scared the Vélodrome on an acceleration of Mbappé, magnificently taken up by William Saliba at the cost of a slippery and risky tackle (84th).

She was still scared by letting Lionel Messi, 1.69 m, take a ball with his head in the middle of four too static Marseillais (26th), a ball slammed without difficulty by Pau Lopes.

The brilliant Argentinian did not shine.

Several times placed in his preferential position, by refocusing from the right, he hit too soft (35th), or to the side, on a combination resting on Mbappé, the one which had brought down ManCity (43rd).

For his first clasico, Messi did not score any points in the race for the Ballon d'Or, whose votes ended on Sunday.