Ligue 1: an even brighter OM-PSG classic with Messi - France 24

Ligue 1: an even brighter OM-PSG classic with Messi Marseilles (AFP) It's a fantastic European Sunday that awaits football fans with dream posters like Barcelona-Real Madrid, Manchester United-Liverpool or Inter Milan-Juventus. But for once, the L1 does not have to be ashamed. Because in the superb Vélodrome theater, which will be filled to the brim, some of the best players on the planet will compete in this French classic. The main attraction, 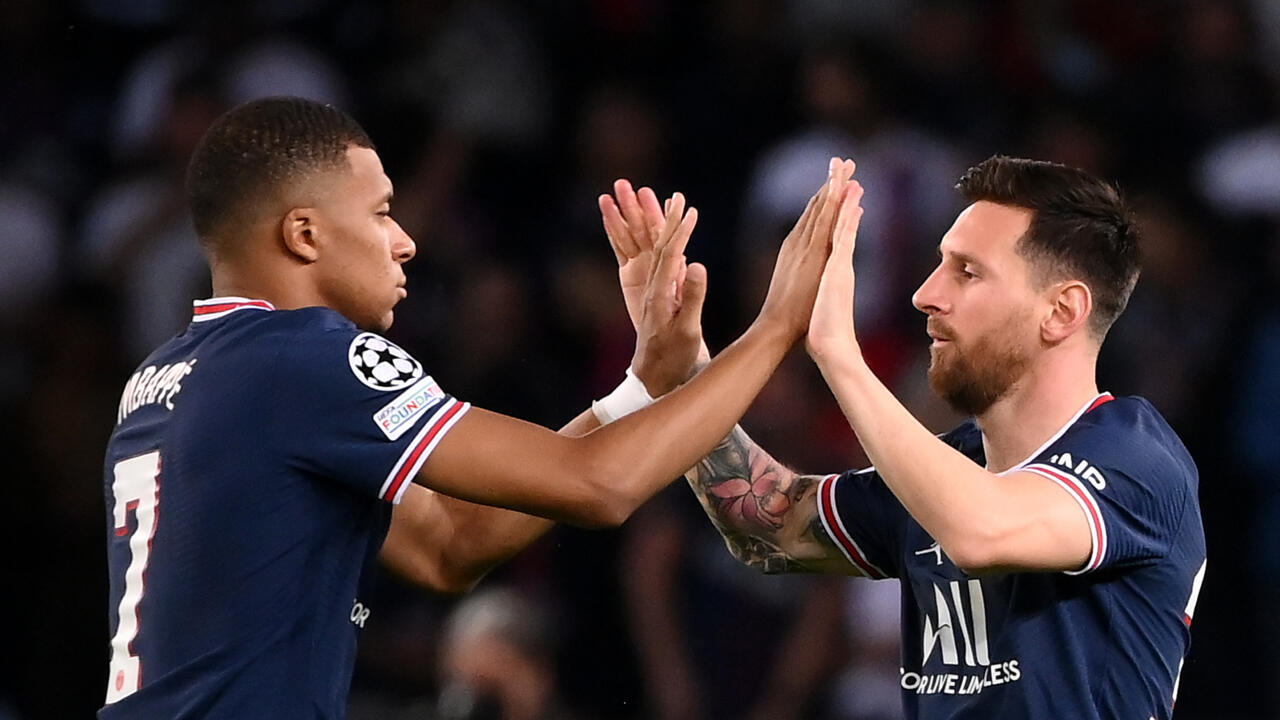 It's a fantastic European Sunday that awaits football fans with dream posters like Barcelona-Real Madrid, Manchester United-Liverpool or Inter Milan-Juventus.

But for once, the L1 does not have to be ashamed.

Because in the superb Vélodrome theater, which will be filled to the brim, some of the best players on the planet will compete in this French classic.

The main attraction, of course, is called Messi.

The presence of the former Barcelonan shines a particular light on a summit that promises to be exciting as never before, while that of last season, won 2-0 by PSG in an empty Velodrome in times of Covid, had been the one of the saddest of recent years.

Since his arrival in Paris, the Argentinian has offered a few snippets of his talent in the Champions League, less in the league, where the six-time Ballon d'Or has not yet scored.

But Messi still offers an unprecedented exposure to the L1, which the League hopes to take advantage of, as illustrated by the presence in Marseille on Sunday of several media from Spain, Argentina, Germany and even Austria. , Sweden, Norway or Poland, which do not usually travel to France.

This new attraction is not without responsibilities and particular fears and, at the heart of a season punctuated by numerous incidents in the stands, Marseille President Pablo Longoria appealed for calm, asking his supporters to ensure that this shock "remain a moment of football and nothing but a moment of football".

This "moment of football" will in any case have a very "albiceleste" hue, the colors of the Argentinian flag, with besides Messi, the Parisians Di Maria and Icardi, the Marseillais Balerdi and especially the two coaches, Jorge Sampaoli and Mauricio Pochettino.

In selection, Messi and Di Maria evolved, between 2017 and 2018, under the orders of Sampaoli, the eruptive coach of OM.

It did not go very well and it was Mbappé who ended the story with a stratospheric match in the round of 16 of the Russian World Cup (4-3 victory for the France team).

French Marseille midfielder Dimitri Payet during the L1 match between Olympique de Marseille and FC Lorient at the Stade Vélodrome in Marseille, in the south of France, on October 17, 2021. Nicolas TUCAT AFP

"Mbappé can change the history of a match on an action. Mbappé, Messi, Neymar, Di Maria ... There is only one country, the one that bought the club, which has the power to do that "Sampaoli ruled on Friday, referring to the takeover of PSG in 2011 by the Qatari sovereign wealth fund QSI.

For now, this over-armed PSG does not convince many people with its quality of play. But it wins almost all the time, with eleven successes, one draw and one defeat, L1 and Champions League combined.

Neymar having been declared fit, Mauricio Pochettino could be tempted to align all his assets on Sunday in an attack with almost frightening potential.

But even if he has not beaten PSG at the Vélodrome for ten years (3-0 in November 2011), even if he has a little less individual talent and two days less rest, OM has a few reasons to believe it.

First, he brought down Paris not so long ago, at the start of last season at the Parc des Princes (1-0), in a match poisoned by Neymar's accusations of racism against Marseille defender Alvaro Gonzalez.

Then, carried by the convictions of Sampaoli who never gives up his ambition to have "control of the game", OM (3rd to 10 points from PSG) has rather seduced since the start of the season.

Brazilian PSG striker Neymar (r.) In the fight for the ball with French OM midfielder Valentin Rongier during the Champions Trophy between Paris Saint-Germain and Marseille at the Bollaert-Delelis stadium in Lens, in the north of France, January 13, 2021. Denis Charlet AFP

"I think that collectively, we are better," even assured Marseille midfielder Rongier on Friday.

Marseille collective against Parisian individuals, the fireworks display is announced for 8:45 p.m.