In Oslo, Munch's treasure settles in a new setting - France 24

In Oslo, Munch's treasure settles in a new setting Oslo (AFP) Goodbye to the old, obsolete, poorly secured and remote building in the east of the city. This Friday, the Munch museum takes its new quarters in the hypercentre inside a spacious, modern and ... disparaged tower. "It is perhaps the largest museum dedicated to a single artist," says museum director Stein Olav Henrichsen, taking a tour of the owner. With its 13 floors and 26,313 m2, t 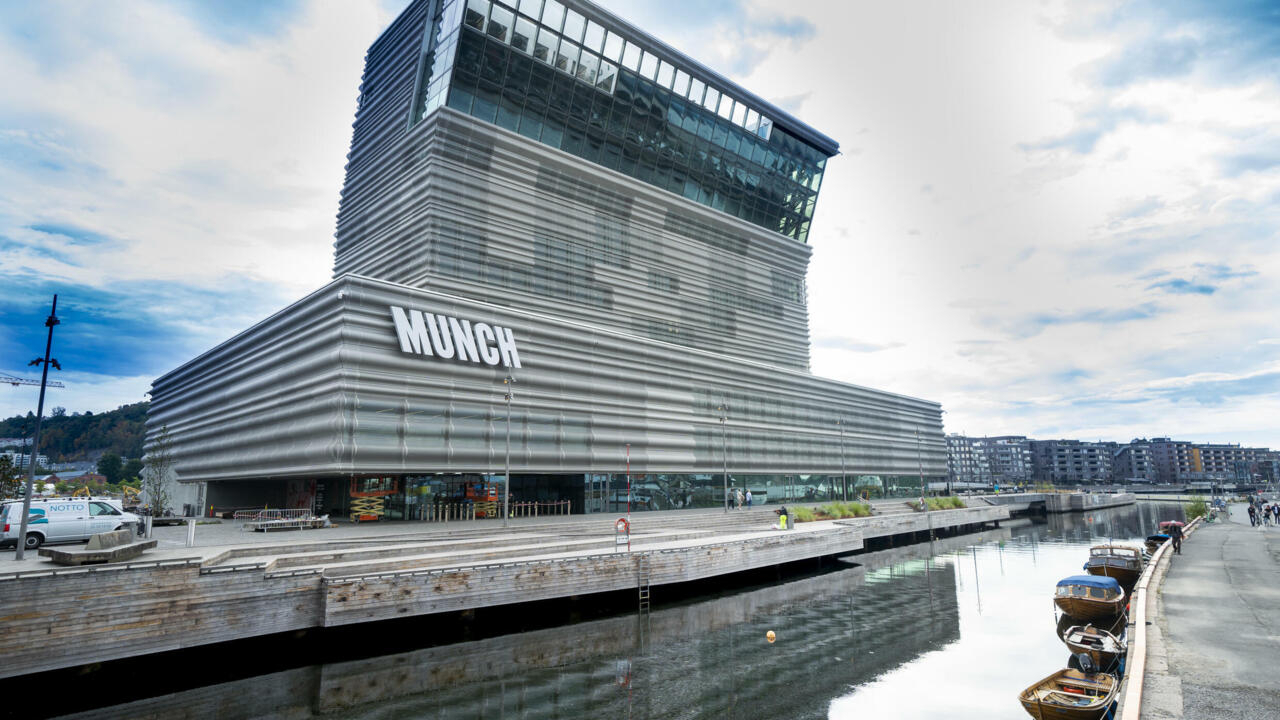 Goodbye to the old, obsolete, poorly secured and remote building in the east of the city.

This Friday, the Munch museum takes its new quarters in the hypercentre inside a spacious, modern and ... disparaged tower.

"It is perhaps the largest museum dedicated to a single artist," says museum director Stein Olav Henrichsen, taking a tour of the owner.

With its 13 floors and 26,313 m2, the new building called "Lambda" offers five times more exhibition space than the gloomy building that until now housed the national treasure in the popular district of Tøyen.

A hardened bachelor and childless, Edvard Munch (1863-1944) bequeathed his work to the municipality of Oslo chosen late at the expense of the Norwegian state.

On the edge of the fjord, just behind the opera house, the new museum designed by the Spanish architectural firm Herreros repairs a historical injustice by giving the artist the setting his work deserves.

In the midst of dismal recurrences such as anguish, despair and death, a few less depressing puffs: love, self-portraits, landscapes ... To the pale complexion of naked, sick or lifeless bodies, the colors respond. glowing manes or skies.

There is of course "The Scream", an emblematic motif of which the museum has several copies (a painting, a drawing, six lithographs and multiple sketches), and other major works such as "Vampire", "La Madone" or " The sick child ".

But also countless little-known pieces, sculptures, photographs, a film and monumental paintings ("Le Soleil", "Les Chercheurs") that had to be hoisted through a special slot during construction. then recapped.

"Munch wanted to have a museum. He referred to his works as his children and he wanted them all to be put together in a collection," says curator Trine Otte Bak Nielsen.

"I think he would be very happy to see what we did."

However, the building is not unanimous.

Its slanting top is wiggling, and the bright bay windows promised on the drawing boards are now hidden by aluminum rails that some see as hideous "safety barriers".

As early as 2019, the art historian Tommy Sørbø had taken up the pen to denounce a "rampage" of Oslo, a "predicted catastrophe".

He persists and signs today, "at least for the exterior and the entrance".

"The hall looks like an airport, warehouse, hotel or commercial building," he told AFP.

"Absolutely nothing in the choice of colors and materials announces that the place is home to one of the greatest artists in the world."

The management, it is round back.

The museum, she assures, must provoke, just as Munch's work had done in his time.

"The building is very suitable for the collection because it is a monumental building, it is a brutal building, located in the heart of the city and which requires reflection," said Mr. Henrichsen.

The damn "crash barriers" will they at least deter evil spirits?

Over the years, Munch's work has been the subject of multiple robberies and burglaries in Norway.

One of the most spectacular stunts had seen criminals seize the "Scream" and "The Madonna" in the old Munch Museum in 2004.

An operation aimed at entertaining the police in the aftermath of a bloody hold-up in a bank and which fortunately had a happy end: the two masterpieces will be found.

"It is probably the safest building in Norway but you won't realize it: the security is very low key because we want the attention to be on art," says Mr Henrichsen.

"I can proclaim it publicly: there will be no theft here."