Great attention to the murder of Einár arouses criticism

After the murder of rapper Nils "Einár" Grönberg, harsh criticism is now being directed at all the attention that this particular shooting has received. The criticism comes mainly from residents from Sweden's vulnerable areas where people often suffer fatal shooting violence. - Those who are most upset are mothers who have lost their children, says Rissa Seidou, area police in Järva. 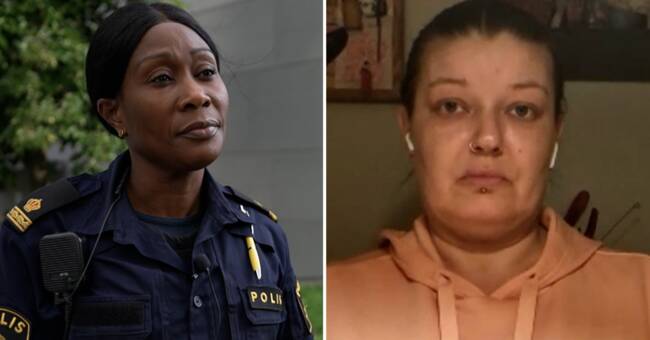 At least 40 fatal shootings have taken place in Sweden this year alone, before the murder of 19-year-old rapper Einár.

Nine of the murders took place in the vulnerable area of ​​Järva in Stockholm.

Of the reactions the area police Rissa Seidou has experienced, many believe that there is a big difference in how the murder in vulnerable areas is treated compared to the murder of Einár.

- The mothers feel that their children's lives are not as valuable as Einár's lives, says Rissa Seidou.

The attention of high-ranking politicians has provoked reactions from the mothers who heard from Rissa Seidou.

It is quite unusual for both Prime Minister Stefan Löfven and Interior Minister Mikael Damberg and other party leaders to have spoken in an individual case.

- Those who called me say that government officials and celebrities should have condemned the violence and engaged more earlier and not wait for someone like Einár to be shot before the engagement comes.

Of course they will have a hard time trusting the politicians and knowing who they will vote for in the election next year, I definitely know that, says Rissa Seidou.

There is frustration among parents living in areas where violence and fatalities are part of everyday life.

This is what Diamant Salihu, a reporter who monitors gang crime in the Järva area, among other places, says.

- The police are there, but most murders that take place there are unsolved.

It has become so common for someone to be killed there that it only passes with a news article, says Diamant Salihu.

- Of course, everyone understands that it is a famous person - but guys die about once a month in the Järva area in fatal shootings, says Diamant Salihu.

One of the Christian mothers is Carolina Sinisalo, whose son Robin was shot to death outside the family home five years ago.

She believes that the case's attention may be due to the fact that the artist Nils "Einár" Grönberg was murdered in a non-exposed area.

The criminologist: The Einár shooting can lead to polarization