"I had to rewind": why the Bundestag condemned the words of Kramp-Karrenbauer about the use of nuclear weapons against the Russian Federation

The Bundestag criticized the statement by German Defense Minister Annegret Kramp-Karrenbauer about the possibility of using nuclear weapons against Russia. Rolf Mutzenich, chairman of the SPD faction that won the elections to the German parliament, demanded that the head of the Ministry of Defense "not burden the policy of the new German government" with such statements, calling her words "irresponsible." According to analysts, the situation around the Kramp-Karrenbauer statement and criticism from the head of the SPD faction personify the current unstable situation in German politics. At the same time, experts note that it is not worth building far-reaching conclusions about the future relations between Berlin and Moscow until the German government is formed. 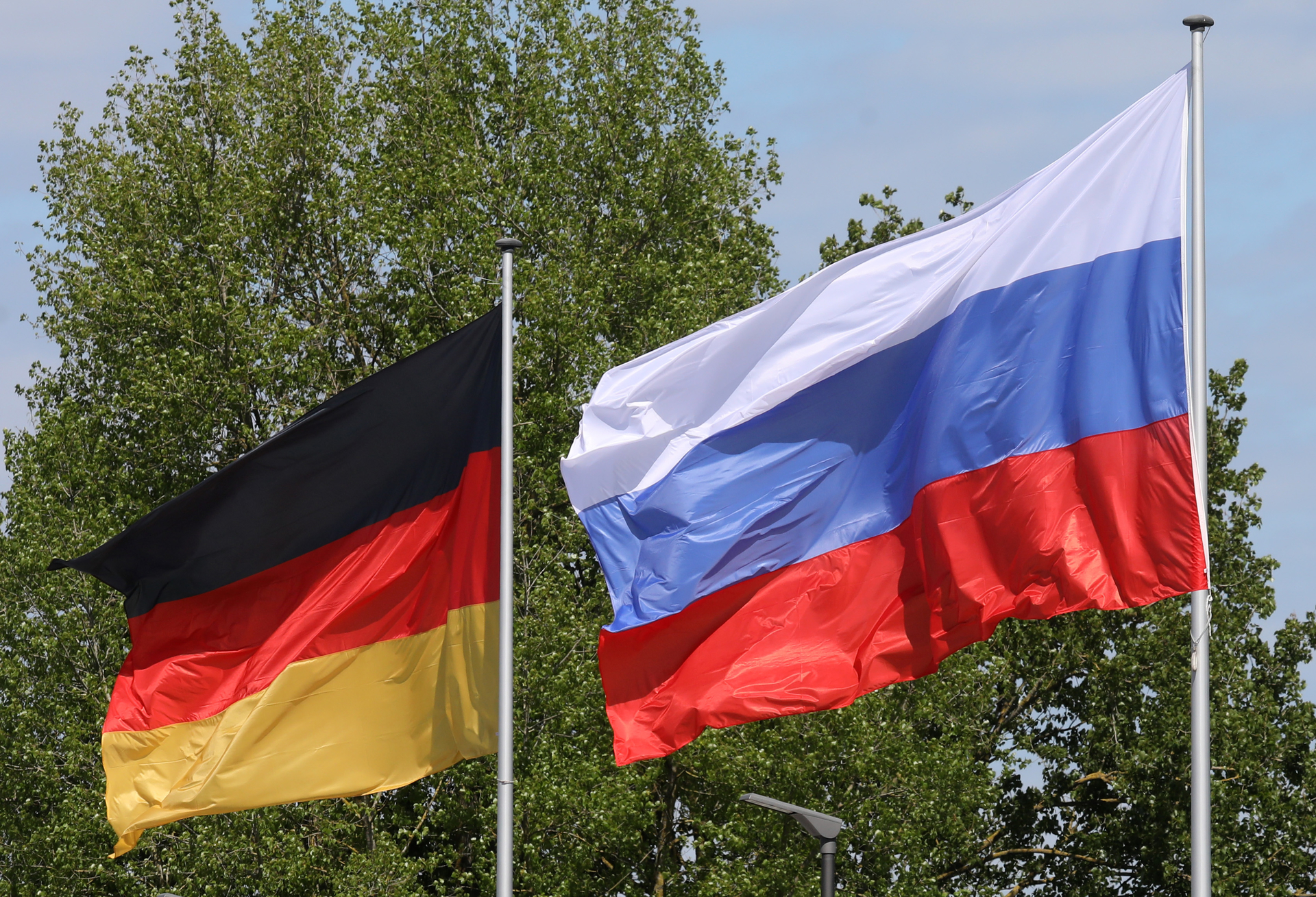 The Bundestag condemned the statement by German Defense Minister Annegret Kramp-Karrenbauer on the use of nuclear weapons in a hypothetical conflict with Russia.

The head of the faction of the Social Democratic Party of Germany (SPD), which won the elections to the Bundestag, Rolf Mutzenich called the words of the Minister of Defense "irresponsible."

“The Defense Minister's recent conclusions regarding the use of nuclear weapons in the conflict with Russia are irresponsible,” Mützenich said in an interview with Deutsche Presse-Agentur.

But after that, he announced the threats that allegedly come from Russia.

"Unfortunately, the words of Ms. Kramp-Karrenbauer are no different from the equally unfounded threats that are heard from the Russian side."

Then he returned to accusations against his colleague, accusing Kramp-Karrenbauer of unwinding the "spiral of escalation."

"It is not clear to me whether the minister was referring to the nuclear weapons stored in Germany," he said, adding that he urged Kramp-Karrenbauer "not to burden the policy of the new German government."

We will remind, on October 21, Annegret Kramp-Karrenbauer answered a question from a journalist of the radio station Deutschlandfunk about possible NATO scenarios to intimidate Russia, including the use of nuclear weapons.

“We need to make it very clear to Russia that in the end - and this is also stipulated by the doctrine of deterrence - we are ready to use such means in order to frighten it in advance and so that no one thinks about an attack on NATO partners in the Baltic or the Black Sea. region.

This is the key idea of ​​NATO, this alliance, ”she said.

The head of the Russian defense department Sergei Shoigu reacted to the words of the Minister of Defense of the FRG, telling reporters that against the background of calls for military containment of Russia, the bloc was consistently pulling forces to the Russian borders.

"How this has already ended for Germany and Europe, the Minister of Defense of Germany must know well," Shoigu stressed.

According to him, security in Europe can only be general, taking into account the interests of Moscow.

However, today it is the North Atlantic Alliance that is not ready for an equal dialogue on this issue, the head of the Russian Defense Ministry noted.

As HSE professor Dmitry Evstafiev noted in a conversation with RT, the German political elite, including Kramp-Karrenbauer and the head of the SPD faction, who speaks of some incomprehensible threats from Moscow, often behaves with Russia "according to the method of provocation."

“Moreover, this applies not only to issues of nuclear weapons, but also to other topics, for example, the project for the construction of the Nord Stream 2 gas pipeline.

The technology is already known when some German politician throws in a deliberately provocative topic, and everyone looks at what Russia will do, ”the expert said.

“Although Kramp-Karrenbauer is leaving his post, he is aiming for the place of NATO Secretary General. Therefore, it would be too naive to say that she just said something. We are talking about the plans of the current head of the Ministry of Defense of the Federal Republic of Germany to become the head of the North Atlantic Alliance, hence such harsh statements about Russia. But the stone thrown by Kramp-Karrenbauer was "caught" by the head of the RF Ministry of Defense himself, and the German elite had to rewind. Then Rolf Mutzenich appeared, who took on the role of a certain moderator, and who tried to explain why one should not pay attention to the words of the German minister, ”the analyst said.

In turn, Vladimir Schweitzer, head of the department of social and political research at the Institute of Europe of the Russian Academy of Sciences, noted that the situation around the scandalous statement of the German Defense Minister and the negative reaction of the head of the SPD faction to it personify the current unstable situation in German politics.

“This first of all suggests that, until the government of the Federal Republic of Germany is formed, statements that can be almost opposite in meaning will still be heard from Germany.

However, the words of Rolf Mützenich already now indicate that the new government will not rely on what German officials say, who identify themselves as members of the Christian Democratic Union and Christian Social Union (CDU / CSU) bloc, including Annegret Kramp-Karrenbauer, ” - said the analyst in an interview with RT.

According to Schweitzer, the fact that the Social Democrats have historically had softer relations with Russia, and earlier with the USSR, is "confirmed by history."

“Now the Social Democrats are playing on those notes that are aimed at finding a rational grain in relations with Russia.

They do not support the line associated with a tough approach to ties with Moscow.

But the SPD, of course, cannot be called a pro-Russian party either, ”the expert noted.

At the same time, the Greens, who won third place in the elections, on the contrary, will try to play on anti-Russian subjects, including they can play out the story of the construction of the Nord Stream 2 gas pipeline, Schweitzer said.

It is worth noting that the former Deputy Minister of Defense of Germany Willy Wimmer spoke about the significant role of the Greens in relations between Berlin and Moscow on Saturday night Solovyov LIVE.

In his opinion, this political force, which took third place in the elections to the Bundestag and whose head can become the head of the German Foreign Ministry, "will try to set back relations with Russia 150 years ago."

“This also applies to the position on Nord Stream 2,” Wimmer said.

“The Greens, incited from Washington, will destroy the Nord Stream 2 project, and this is very dangerous,” he stressed.

According to him, this party was created precisely in order to carry out American policy in Europe.

"Before the elections, German journalists called the" Greens "the US White House representation in Germany," added the former Deputy Minister of Defense of the Federal Republic of Germany.

At the same time, Wimmer stressed that, observing the formation of the current German coalition government, he understands that Germany is "in great danger of destroying" relations with Russia.

“Over the past 150 years, economic relations with Russia have always been of particular value and importance to Germany.

And Russia has always been such a reliable partner that one could only imagine, ”he stressed.

According to Dmitry Evstafiev, the Greens are the conductors of the US line in German politics, and this force can really stand in the way of the development of relations between Moscow and Berlin.

“Questions regarding Germany's ties with Russia will largely be determined in the United States.

Today the FRG has almost no opportunity to play an independent role in this process and to have views concerning the Russian Federation that differ from those of Washington, ”the analyst said.

However, drawing far-reaching conclusions about the future relations between Berlin and Moscow is not worth it until the German government is formed, Schweitzer said.

“The alignment of forces may still change.

For example, a triple coalition of the SPD, the Greens and the liberals may well fail because of the Greens, who, unlike their colleagues, take a rather harsh position regarding Nord Stream 2, the analyst concluded.