Work is now beginning on the new Näslund School in Hallstahammar: "Moved in for students in the autumn of 2023"

The preliminary schedule has been changed time and time again. And three times the politicians have had to put more money into the project, even though the shovel has not yet been put in the ground. But now the work with the new Näslund School in Hallstahammar is finally starting. - This construction should have been completed already. It is of course nice that it is underway, says Marijo Edlund (S), chairman of the technical committee. 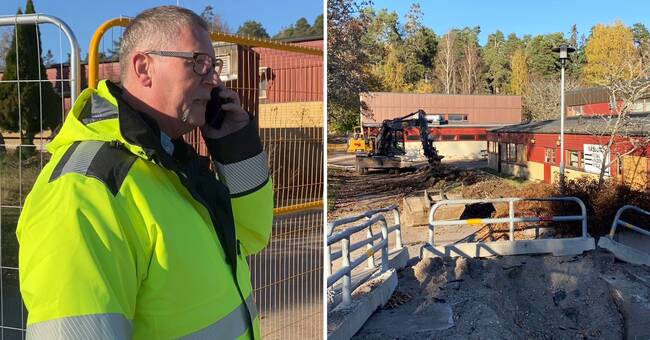 For about four years, Näslundskolan in Hallstahammar has been empty.

It was closed in 2017 after students and staff became ill on the premises.

To the disappointment of many people, the work of demolishing the old one and building the new school has been greatly delayed and the date for relocation has been moved forward time and time again.

Except when the decision to build larger was made, the policy has had to make more money in both procurements.

- Both times the tenders exceeded the budgeted funds.

Prices have risen in general, including material prices, which is an example of the effect of the corona pandemic, says the technical committee's chairman Marijo Edlund (S).

The demolition of the old school building is expected to be completed in early January, after which work on the new building will begin.

The new two-parallel primary and middle school is built on three floors, with fan rooms at the top.

The goal is to also improve, among other things, the traffic environment and schoolyard.

See more in the video.