The gun that Alec Baldwin fired when he caused the death of a female cinematographer during a filming was loaded with a sharp cartridge. This is what the trade union IATSE Local 44 says in a letter. Several people, including Alec Baldwin, have been questioned by police. 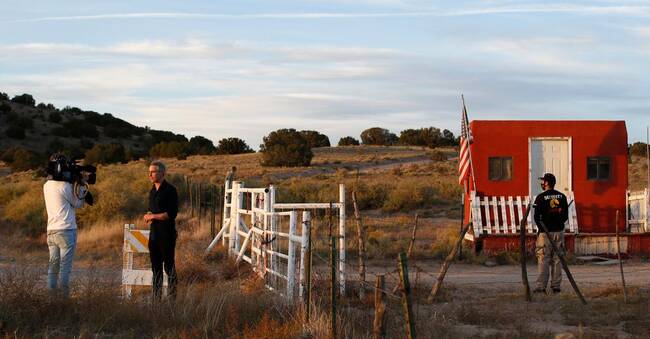 According to court documents, an assistant director provided Baldwin with the weapon and shouted "cold gun", as they say about a weapon that does not contain sharp ammunition, according to the Santa Fe Reporter.

Cameras must have been set up, but it is unclear if the rehearsal was filmed.

According to the police, neither the assistant director nor Baldwin should have been aware that the weapon contained sharp ammunition.

Police are said to have seized material from the filming of the Indie Western movie, including Baldwin's clothes and the weapon in question.

According to an email sent to its members by the trade union IATSE Local 44, the weapon that Baldwin fired must have been loaded with a sharp cartridge.

According to the safety protocols from the union, really sharp ammunition should never be found on a film recording, but it can in some cases be used, if there is no practical alternative to achieve a certain effect, Indiwire and Variety state.

The union also writes that it was local staff in New Mexico who were responsible for all the supplies, not any of the union members.

Police have not yet commented on what ammunition was in the gun, according to Variety.

Several people, including Alec Baldwin, have been questioned.

But no person is suspected in the investigation.

The cinematographer was taken by helicopter to hospital after the incident but her life could not be saved.

The director was also injured but has had to leave the hospital.

"There are no words to describe my shock and grief over the tragic accident that took the life of a wife, mother and deeply admired colleague of ours," tweeted Alec Baldwin.

He states that he cooperates fully with the police.

According to the police, it was the film's co-producer and the film's star Alec Baldwin who held the weapon that was fired.