The upcoming elections in Lebanon are a turning point, not a decisive battle

Two years after the outbreak of unprecedented popular protests against the ruling class for decades in Lebanon, opposition activists view the upcoming legislative elections as a new confrontation against the regime, while realizing that the chances of bringing about political change are slim in a country exhausted by accumulated crises. 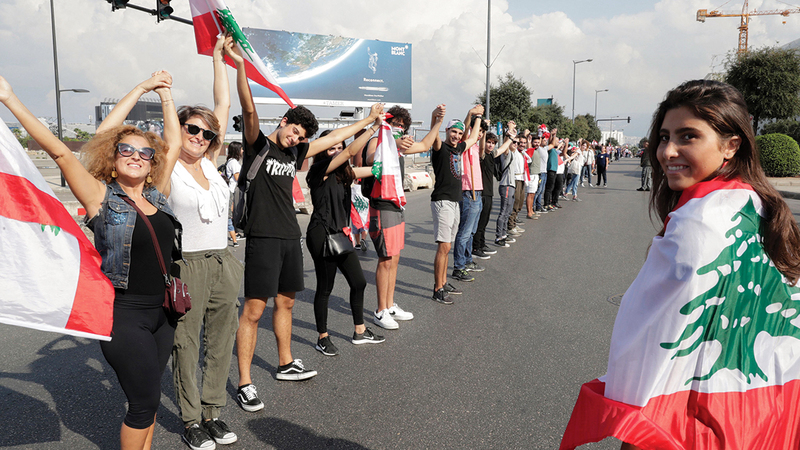 In a country frustrated by crises

The upcoming elections in Lebanon are a turning point, not a decisive battle

Two years after the outbreak of unprecedented popular protests against the ruling class for decades in Lebanon, opposition activists view the upcoming legislative elections as a new confrontation against the regime, while realizing that the chances of political change are slim in a country exhausted by accumulated crises.

On October 17, 2019, the government’s announcement of its intention to impose a fee on free calls via the WhatsApp application sparked major protests that crossed sects, regions and even political affiliations, and pushed hundreds of thousands of Lebanese who were then beginning to perceive signs of an economic crisis to the street, demanding the resignation of an authority Politics accused of corruption and failure.

But on the impact of an accelerating economic collapse that turned the lives of the population upside down, and the World Bank ranked it among the worst in the world since 1850, and as a result of the repercussions of the outbreak of the Corona virus, the momentum of the street gradually declined.

Many have lost hope that change will be possible and the perpetrators will be held accountable after a horrific explosion in the port of Beirut claimed the lives of more than two hundred people, injured more than 6,500 and destroyed large parts of the capital, and it is likely that it was also caused by neglect and corruption.

On the other hand, the political system has maintained its cohesion and steadfastness, despite the catastrophic repercussions of successive crises and international pressures to undertake reforms that would revive the economy in return for financial support.

It also maintained its ability to mobilize the street, which was demonstrated by the tensions witnessed in Beirut last week during a demonstration by supporters of Hezbollah and the Amal movement in protest of the investigation into the port explosion, which ended with the killing of seven people, most of whom were members of the two parties.

Activist and lawyer Firas Hamdan, who has participated in the popular demonstrations since their outbreak and has been in charge of prosecuting the files of arrested demonstrators, told AFP: "We tried everything with this political class: demonstrations central and in the regions, sit-ins in front of the Banque du Liban and the homes of officials, the pursuit of parliamentarians and ministers. To restaurants, cut off roads, but all moves were thwarted.”

He added, "We are facing an army of many weapons and forms, but in the end we are unarmed individuals."

The activist, whose heart was pierced by a bullet during his participation in a demonstration that followed the explosion of the port and kept him confined to his home for more than four months, considers the parliamentary elections scheduled for next spring, "a pivotal station in the confrontation with the regime, but it is not the decisive battle."

Activist Zina El-Helou, who participated in most of the protest movements during the past two years, says that the demonstrations in Beirut and the regions were able to "create a horizontal rift between people and the authority," saying that "the October 17 moment has ended... and it must be announced that its end is so that we can establish what comes after."

El-Helou, a member of the Political Bureau of the "Lana" party, which was recently founded by a group of uprising activists, believes, "We must get out of the nostalgia of the streets crowded with demonstrators and chants" and work to overcome challenges faced by opposition groups in terms of "continuing and managing frustration and expectations."

The popular movement produced opposition groups and emerging parties, as well as traditional parties and movements that split from the political system, such as the Kataeb Party, although all of them demand political change, but they differ in their vision and methods of work to achieve this change, as well as their position on major controversial issues such as the party’s weapons. God, the most prominent political and military force in the country.

However, most of these groups agree that the legislative elections constitute an arena for “a new confrontation in the open confrontation” with the ruling class, according to what El-Helou says, even though they know in advance that “the confrontation is difficult and the tools are unequal,” in terms of the ability to mobilize the popular bases, the media and financial capabilities, Under an electoral law, political forces separated it according to its size.

"Although the elections will not change anything under the existing circumstances, it is important to participate in them," activist Maher Abu Shaqra from the opposition "Haqqi" group told AFP.

It is a station in the path of continuous change.”

Opposition groups have not effectively coordinated their efforts around the elections, knowing that they are not "in a position of strength", according to Abu Shaqra.

The repercussions of the economic crisis gradually frustrated the street, as the Lebanese were deprived of their bank deposits, the lira lost more than 90% of its value against the dollar, and tens of thousands lost their jobs or part of their sources of income.

About 80% of the population now lives below the poverty line.

The crisis naturally revived clientelistic networks established by traditional leaders and parties under the sectarian quota system. They found their way back to people's homes by distributing food aid, medicine and fuel, running public transport lines, or paying electricity and water bills.

Hilal Khashan, a professor of political science at the American University of Beirut, explained to AFP that "people are currently in a stage of social fatigue and have understood that change is not so easy," while "the system is still sound and coherent."

With the deteriorating quality of life in Lebanon, power cuts, shortages of basic commodities and the collapse of purchasing power, wealthy families and recent graduates chose to emigrate in search of new beginnings after losing hope in change and accountability.

"The most important person who believes that the electoral cycle will change the system" in a country where power is controlled is "who owns weapons, money and militias," said researcher and university professor Rima Majid.