The funeral of athlete Agnes Tirop, found stabbed to death, took place in Kenya on Saturday. The murder of this rising athletic figure lifts the veil on the violence suffered by ... 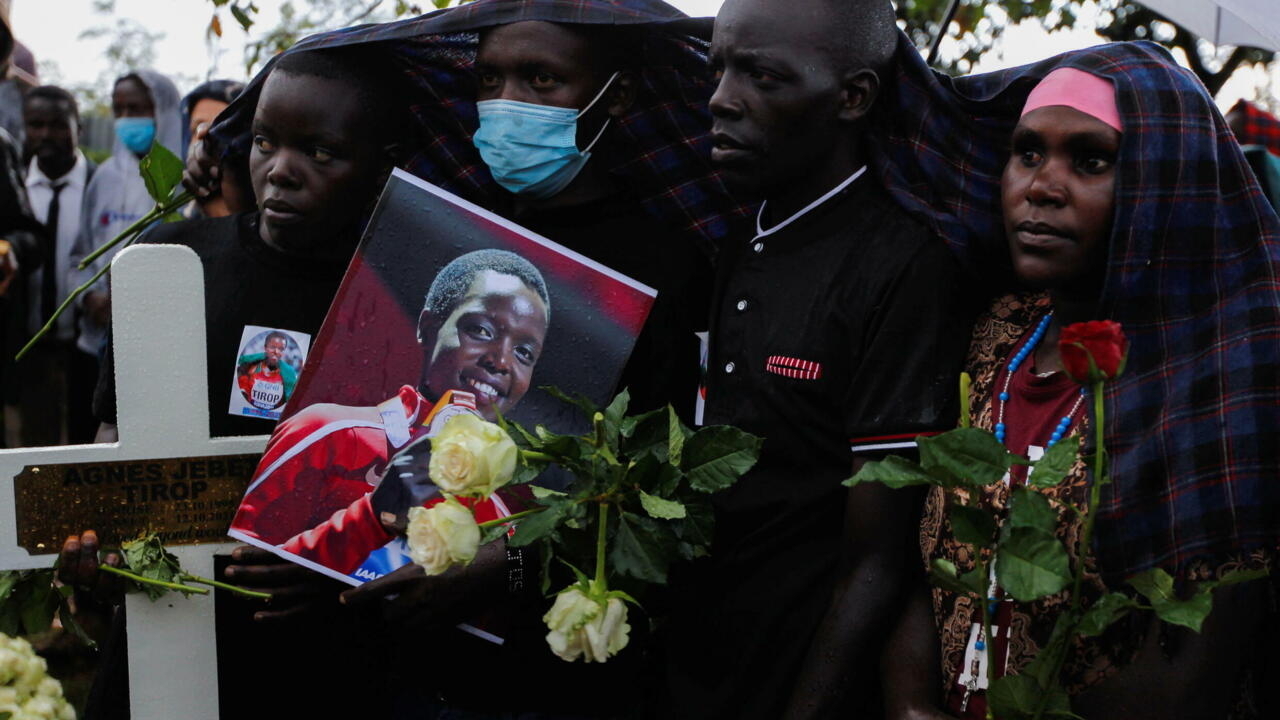 This murder revealed the hidden, sometimes tragic, side of the success of female athletes in a very masculine society.

Social pressures, depression, financial exploitation ... There are many risks for young women faced with meteoric success.

They often come from their entourage, coaches, agents or even their relatives.

"Women athletes have to carry the burden of a whole family," said former marathoner Mary Keitany, days after her former training partner, Agnes Tirop, was stabbed at home.

A success often threatened by the spouses of athletes

During his career, Keitany has seen many young athletes, like Agnes Tirop, struggle to try to balance their demanding sporting life with social expectations and pressures, around marriage and motherhood in particular, while being the main financial support of their extended family.

According to the four-time New York Marathon winner, many of these young women who have dedicated themselves to their sport from an early age lack the education necessary to manage their finances and can therefore be used as "cows in the water." milk "by greedy spouses.

"They realize when it is too late that their investment escapes them and they sink into depression," said the retired athlete, mother of two.

As with Tirop, born into a peasant family in the Rift Valley, sporting success is for many Kenyans the best way out of poverty.

They invest in training camps, places that often escape the rules and known to be hotbeds of sexual abuse.

Two camps in the Rift Valley have been closed in recent years by the Kenya Athletics Federation (AK) for allegedly exploiting young women.

"There are so many wolves out there waiting to attack these girls," said Tegla Loroupe, former world record holder for the marathon, now 48 years old.

"Most suffer in silence"

Agents pay families to convince them to "force girls to drop out of school prematurely and participate in races abroad," she adds.

“Young athletes cannot handle the fame and money that comes to them so suddenly,” said Wilfred Bungei, 2008 Olympic 800m champion who now advises athletes in difficulty after battling alcoholism himself.

Young men spend their fortune in luxury cars or alcohol;

women can be confronted with toxic relationships with predatory men, he believes.

“Athletes are now opening up and revealing the issues they face in their homes. It seems most are suffering in silence,” he says: “They seem to lack the decision-making power that is often left to their husbands. who take full control of the family's finances ".

The federation is organizing a workshop in December on the economic and social rights of women in their homes and in their relationships, in the presence of sports psychologists and family counselors.

But according to many observers, the project remains enormous to support the young women who make the glory of this East African country.