Special units from the USA practice on Gotland

American special forces are currently training on Gotland. Today they landed on "Bro-rakan", a country road outside Visby, and unloaded from a truck-borne robot system. 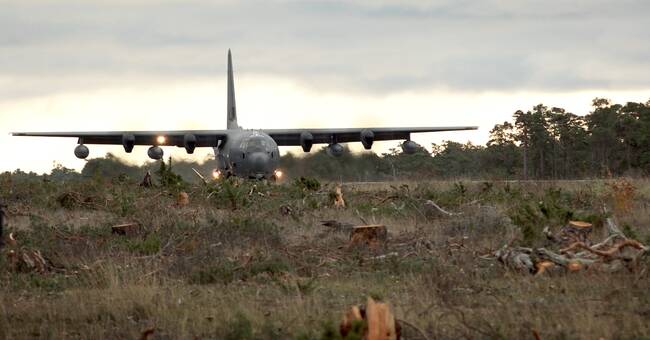 The exercise is a result of the letter of intent that Sweden and the United States signed in 2016. Since then, the countries' military personnel have practiced together several times.

But Sweden is not dependent on the United States to be able to defend, for example, Gotland, says Michael Claesson, the Swedish Armed Forces' chief of operations.

- We have a very good ability to handle our own security problems.

On the other hand, it is my and our ambition that the Armed Forces should not be an obstacle to being able to cooperate with others, he says.

- We learn a lot about our shared abilities, together we are stronger, says David Tabor, head of the US Special Forces in Europe.

Watch the plane land on the highway and unload in the clip above.