She issued warnings and received praise.. Angela Merkel bid farewell to the Europeans 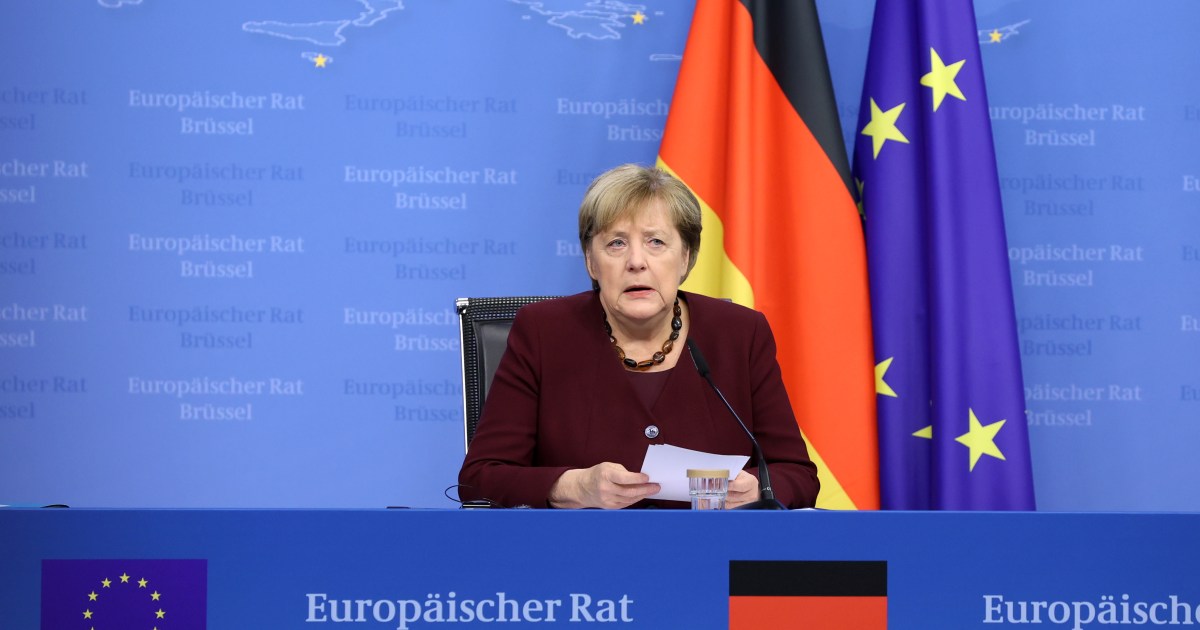 This came during the 107th and last summit that Merkel attended before her withdrawal from political life at the end of an era that lasted 16 years.

"I am now leaving this European Union as chancellor in a position of concern," Merkel said.

"We have overcome many crises through respect and efforts to find common solutions, but we are facing a series of unresolved problems," she said.

With regard to the rule of law, in particular the independence of the judiciary and freedom of the media, the chancellor once again expressed her wish for a calmer discussion.

In these aspects, the finger is usually pointed at Poland.

But Merkel called for more understanding of the history of this former communist country.

"We have to respect each other," she said. "I think that's very important."

On the immigration front, she considered that the European Union is "still fragile from the outside" at a time when Belarus is accused of allowing migrants to pass through its borders secretly in response to European sanctions.

Finally, the chancellor expressed concern about the EU's competitiveness, particularly in the field of new technologies such as artificial intelligence.

Expressing her regret, she said, "Europe is not the most innovative continent, and we have to do a lot in this field," considering that whoever succeeds it will face "big workshops."

European leaders honored the chancellor, whose withdrawal from the European arena raises fears of a vacuum within the European Union at a time when it faces decisive plans for its continuity, including rebuilding the economy after Covid-19 and climate change and proving its geopolitical role in confronting the United States and China.

In addition to the praises of her peers, Merkel received praise from former US President Barack Obama, who thanked her "on behalf of the American people" for her "friendship and leadership".

"Your dear German people and the entire world owe you a debt of gratitude for your foresight throughout these long years," he said in a video.

In Brussels, European Council President Charles Michel declared that a summit of the 27 countries "without Angela Merkel is like Rome without the Vatican or Paris without the Eiffel Tower," adding, "I hope you will not resent this celebration on the occasion of your last summit."

The former Belgian prime minister praised the "wisdom" of the chancellor, who will be missed by the Europeans, "especially in sensitive times."

Heads of state and government applauded for Merkel in support of Charles Michel's speech.

The new Austrian chancellor, Alexander Schallenberg, said Merkel's departure "will leave a huge void because she is a person who has been in office for a long time and has had a major impact on the development of the European Union."

Belgian Prime Minister Alexandre de Croo considered that Merkel "has really imprinted Europe for 16 years, and helped us all make the right decisions with a lot of humanity in difficult stages."

Luxembourg Prime Minister Xavier Bettel, who has dealt with Merkel for eight years, said: "She was such a compromise-maker that when things didn't progress, we still had Angela after all...she always found something that united us and allowed us to go further."

European Commission President Ursula von der Leyen, who was in the past defense minister in Merkel's government, recently stressed how the analytical spirit of Merkel, who holds a doctorate in chemistry, was essential to resolving the European negotiations, when they were sometimes endless.

In recent months, European leaders have multiplied their tributes to the chancellor, who has ruled Germany since 2005, almost equal to that of reunification chancellor Helmut Kohl (1982-1998).

Merkel, who leads the continent's number one economic power, faced harsh criticism for Berlin's stance in the eurozone crisis after the global financial meltdown in 2008-2009, but later received widespread praise for its response to the 2015 migrant crisis and its eventual joining of a debt-sharing plan between the 27 countries.

A new chancellor is expected to take up his duties in Germany before Christmas.

On Thursday, the Social Democrats, environmentalists and liberals revealed the timetable for their negotiations to install Olaf Scholz as chancellor in early December.