&amp; quot; That's how the door of our house woke up today. Yesterday they tried to threaten us using the prosecution and today they do it with this. It is not a religious act, it is something political, an act of ... 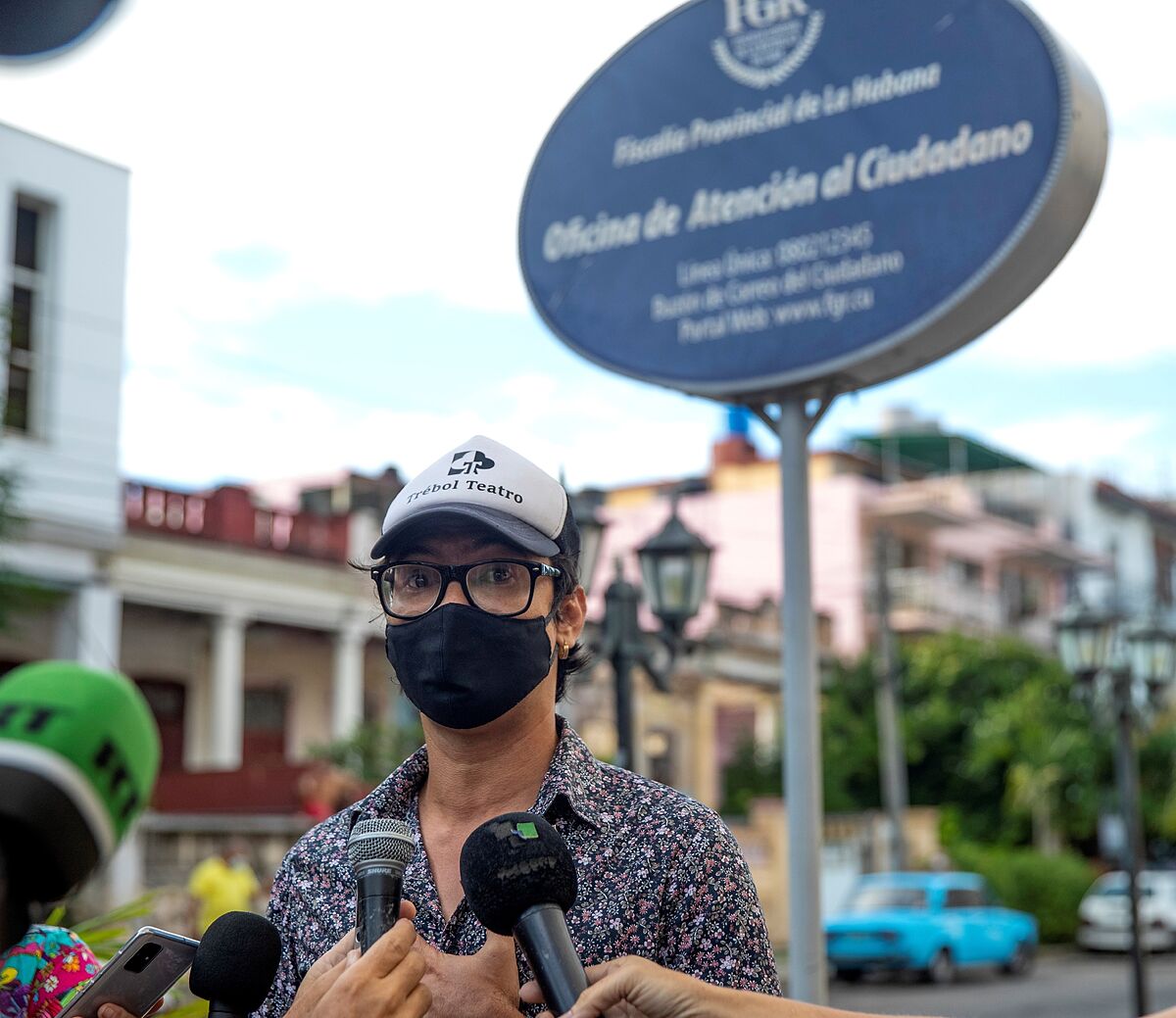 "That's how the door of our house woke up today. Yesterday they tried to threaten us using the prosecution and today they do it with this. It is not a religious act, it is something political, an act of repudiation more. I thank my family for their firmness, their dignity and his faith. " The playwright Yunior García Aguilera, convener of the civic march for change on November 15, has

suffered for weeks the harassment and

harassment of the Cuban revolution

, even with acts linked to the Yoruba religion to instill terror.

The activist's house woke up Friday

with beheaded and crucified birds at the access gate

, as if it were part of a Santeria ritual. A macabre act in which the

remains of the animals, feathers, earth and blood

, adding to another crucifixion, which he suffers daily in the state media in Cuba.

The playwright leads the Archipelago group, made up of young artists and rebel activists, which has taken over from other groups, such as the San Isidro Movement (MSI) or the 27-N, which emerged eleven months ago during a protest before the Ministry of Culture.

. The artist Luis Manuel Otero Alcántara, leader of the MSI imprisoned since the social outbreak of 11-J, has just left the third hunger strike that he has held in recent months.

García Aguilera has received this week "direct threats from power" through the Havana Provincial Prosecutor's Office,

Among the warnings against the playwright, the one made by the National Council of Performing Arts also stands out, which made public that the "actions aimed at ignoring our institutionality are not compatible with the contractual relationship maintained until now."

Scholarships, awards and "salary protection during the pandemic" are therefore at risk

for an author praised for years for the quality and daring of his work.

The reprisals also affect other members of the Archipelago, which has been summoned several times by State Security (political police) to intimidate them,

two of them were even fired from their work centers

The doctor Manuel Guerra, who was previously detained and whose capture caused a wave of union solidarity on the island, was also expelled from his hospital.

the young rebels remain firm, as stated in their latest statement

: "On 15-N we will hold our demonstration as a sign of the need for democratic changes for Cuba, as well as for the immediate release of the hundreds of political prisoners who today they remain in Cuban jails. "

And they go further, contributing new ideas for the day of 15-N.

The recommendation is that all those who protest

wear white to emphasize that it is a peaceful call

The organizers in each province will choose a place to demonstrate between 3 and 6 in the afternoon, but if the police prevent access, the marches will take place in nearby or neighboring areas.

Faced with the usual violent attitudes of agents, soldiers and paramilitary shock brigades,

, the father of the Cuban homeland.

The call also includes acts of solidarity with the almost 500 political prisoners who fill the dungeons of the regime, including keeping a minute of silence "

as a sign of the pain that Cuba has experienced throughout decades of authoritarianism and the absence of democratic spaces.

Archipelago has obtained the support of different activist or opposition groups within the island, such as the Council for the Democratic Transition of Cuba (CTDC).

It also has the backing of the US, which has warned the regime chaired by Miguel Díaz-Canel that it will impose new sanctions if the persecution against the organizers continues.

Far Cry 6: A hilarious game with a script that seems to be written by the CIA

Actualidad EconómicaThe revenge of the 'millennials', the exhausted generation