The rating agency raises the outlook for Italian sovereign debt to "positive" from "stable". The Minister for Public Administration: the government will last a long time 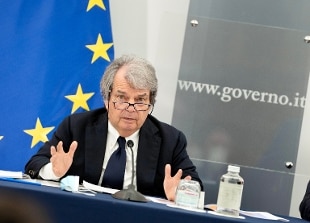 October 23, 2021 "The great international accreditation operation that Mario Draghi is conducting to restore our country the prestige and leading role, in Europe and in the world, which has been lacking for too many years, yesterday had the validation of the financial markets, which , as we have always maintained, they represent the true 'judges of the Supreme Court' of governments' economic policies ".

Thus in a note Renato Brunetta, Minister for Public Administration.

"The rating agency S&P Global has, in fact, raised the outlook for Italian sovereign debt to" positive "from" stable ", confirming the rating at" BBB / A-2 "and affirming that the government's commitment to growth-enhancing reforms can effectively stimulate the economy. "The large bicameral majority of the Draghi government is expected to ensure the implementation by the end of 2021 of the 51 goals and objectives included in its ambitious reform agenda," said the rating agency in a note released last night, the

"We expect a strong investment-led recovery in 2021 and 2022, bringing Italy's GDP above 2019 levels a year earlier than we expected. We expect a 2021 budget deficit of 8.8% of GDP compared to government target of 9.4%, as revenues continue to exceed budget assumptions. For 2021, GDP growth is expected to be 6%, followed by + 4.4% in 2022 ". Standard & Poor's writes this, motivating the decision to raise Italy's outlook from stable to positive.

S&P also added that the measures taken by the European Central Bank since the start of the Covid-19 pandemic to ensure a unified monetary policy within the euro zone have been able to support Italy's recovery and that a strong recovery led investments in 2021 and 2022 should bring Italy's gross domestic product above pre-pandemic levels, one year earlier than previously estimated. The "Draghi moment", concludes Brunetta, continues in the right direction. "After the appreciation of the European Union, yesterday also that of the markets arrived. An unequivocal signal that this government experience must continue for a long time to conclude the ambitious reform plan envisaged by the NRP that will bring theItaly at the level of the other main European partners ".