Pakistan: deadly clashes on the sidelines of a demonstration of the radical TLP party

Two policemen and seven Islamist militants were killed in Lahore (east) on the sidelines of a demonstration by Tehreek-e-Labbaik (TLP), a radical group classified on the Pakistani government's red list ... 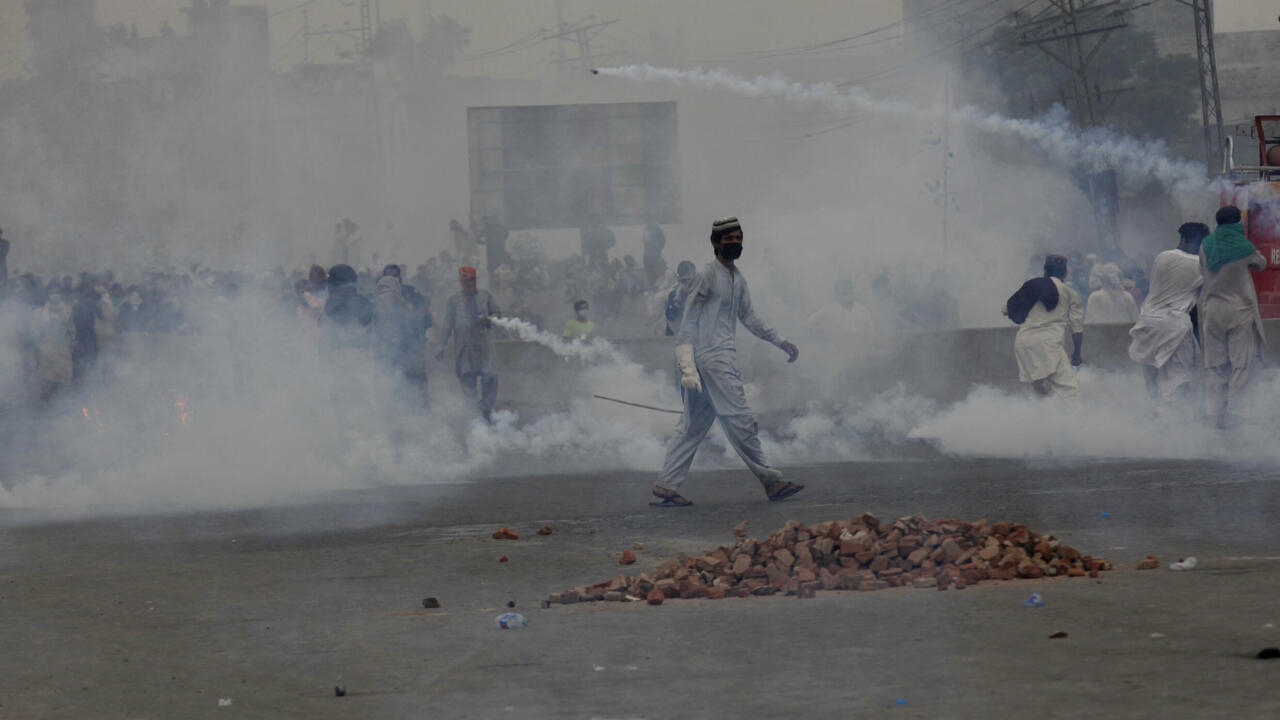 Pakistan: deadly clashes on the sidelines of a demonstration of the radical TLP party

TLP supporters come under tear gas during a demonstration in Lahore on October 23, 2021. AP - KM Chaudary

Two policemen and seven Islamist activists were killed in Lahore (east) on the sidelines of a demonstration by Tehreek-e-Labbaik (TLP), a radical group classified on the Pakistani government's red list.

, its activists regularly take to the streets.

Since Tuesday, they have occupied several neighborhoods in Lahore to demand the release of Hafiz Rizvi, the organization's main leader and son of its founder.

The protests continued this Saturday.

The organization announced the deaths of seven of its supporters in clashes with the police, after the deaths of two policemen in the unrest.

Hafiz Rizvi has been detained for disturbing public order since April, when the government listed the TLP as a terrorist group.

For months, his supporters have threatened to release him by force by marching on Islamabad, the Pakistani capital.

Hence the very important security system put in place by the regional authorities, who promised to block the procession at all costs, and the violent clashes that ensued.

One of the spokespersons of the TLP assures that its members were stranded by the police and that they had never suffered such heavy fire from tear gas canisters. Police are now instructed to arrest as many protesters as possible and to use force if they ever reach the gates of Islamabad. The party said it would continue to demonstrate and refuse any discussion with the government until its leader was released.

a campaign against France

after Emmanuel Macron defended the right to cartoon in the name of freedom of expression.

The French president expressed this position during a tribute paid to a teacher killed on October 16, 2020 after showing satirical cartoons to his class, in the wake of the republication of the cartoons of the prophet of Islam by the weekly Charlie Weekly.

Six police officers were killed in April during demonstrations organized by the TLP.

To read also: "Pakistan does not want to appear as a country which shelters extremist parties"