Mohammed bin Rashid: The development renaissance in Dubai is still in its infancy, and the determination does not know the impossible

His Highness Sheikh Mohammed bin Rashid Al Maktoum, Vice President and Prime Minister of the UAE and Ruler of Dubai, may God preserve him, affirmed that the development process in the Emirate of Dubai is still in its infancy and the determination does not know the impossible, and that the state harnesses its resources and efforts to raise the nation and the citizen, indicating his Highness to me 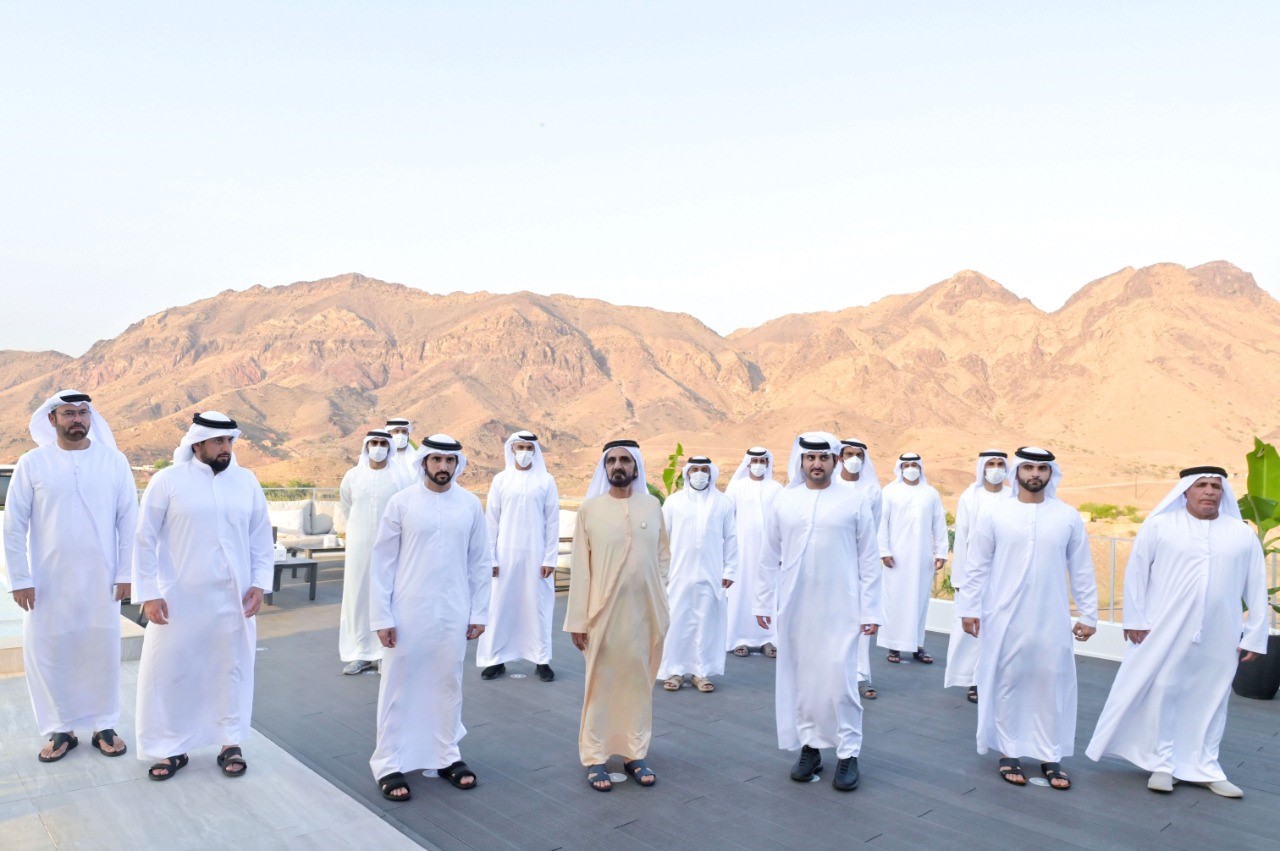 Mohammed bin Rashid: The development renaissance in Dubai is still in its infancy, and the determination does not know the impossible

His Highness Sheikh Mohammed bin Rashid Al Maktoum, Vice President and Prime Minister of the UAE and Ruler of Dubai, may God preserve him, affirmed that the development process in the Emirate of Dubai is still in its infancy and the determination does not know the impossible, and that the state harnesses its resources and efforts to raise the nation and the citizen, indicating his Highness He pointed out that the development projects in Hatta are proceeding as planned, and our focus on development projects will include all regions of the emirate in a way that supports the development of economic, social and environmental paths, and contributes to raising the standard of living and luxury.

His Highness said: “Today we announced the launch of a new and comprehensive development plan to develop the Hatta region, which includes a package of projects that serve the Hatta region and its people and meet their needs. The initiatives will focus on four strategic axes: quality of life, tourism, sports and activities, and sustainability. It will be implemented within a five-year plan to develop the Hatta area as a first stage. We also approved the formation of a higher committee to oversee the development of Hatta and the implementation and governance of projects and initiatives, the launch of a tourism economic program for the development of Hatta and support for youth projects, the launch of the Hatta Beach project, and the provision of investment opportunities for the private sector in the region.

Hatta the most attractive tourist destination:

His Highness Sheikh Mohammed bin Rashid Al Maktoum added: “The work teams will start implementing projects and initiatives and our partners from the private sector will have an imprint by investing and creating promising job opportunities in the Hatta region.

Our ultimate goal is to make the citizen happy, support the young generation, and benefit from their energies and creative ideas in developing Hatta and enhancing its social and economic capabilities, and making it the most attractive tourist destination, especially in the field of recreational, health and environmental tourism.”

His Highness pointed out that the people of the UAE have achieved many unique achievements, and history attests to this, expressing his confidence in the role of young people in promoting the development of Hatta and providing them with the opportunity to launch pioneering and innovative projects, the fruits of which are positively reflected in advancing the development wheel.

With the aim of following up on the development of Hatta, a higher committee will be formed to oversee the implementation of projects and initiatives in partnership with the private sector, and to develop plans and programs to preserve the mountainous, environmental and heritage nature of Hatta and promote sustainable development in it. The committee will be composed of a number of representatives of government agencies and developers.

An integrated plan: The

plan aims to complete the development and development of Hatta during the next twenty years, by enhancing the elements of quality of life and investment opportunities for the people of Hatta, supporting local tourism and attracting investments, strengthening partnership with the private sector, preserving the heritage and nature of Hatta, promoting tourism and mountain sports in Hatta, and transforming The region has been transformed into a tourist destination in alignment with the “World’s Most Beautiful Winter” strategy.

It includes providing and improving the efficiency of public facilities and services for the people and visitors of Hatta, developing a sustainable transportation system that includes direct buses from Dubai to Hatta, allocating places for bicycles and scooters on the bus, providing a ride-sharing service in cooperation with the private sector, and providing tourist buses that tour the tourist areas. and heritage areas such as Wadi Hub, Hatta Dam, the Heritage Village, and the Hill Park, providing an on-demand bus service to move around Hatta through the smart application, renting smart vehicles by hours to Hatta, and implementing a five-year plan to develop bicycle and scooter paths (2022-2026) by providing A network of trails covering all attractions and residential areas up to 120 km, in addition to implementing the longest mountain bike trail in the country with international specifications to hold international competitions and events, and providing rest stops and integrated service facilities along the mountain trails.It includes providing and improving the efficiency of facilities and public services facilities to support tourism in Hatta.

His Highness’s meeting with the youth of Hatta:

The plan focuses on supporting young entrepreneurs who own small and medium enterprises, by enabling the youth group of the region’s residents to start their projects and implement their creative ideas to ensure sustainable economic development for the Hatta region.

During his meeting with the youth of Hatta, His Highness was briefed on local initiatives such as youth projects in the hospitality sector, as the area is distinguished by the presence of a number of hotel hostels managed by the residents of the area, which are popular with tourists wishing to enjoy the mountainous nature of the area.

His Highness also launched a program to support local farms, which is a tourism economic program based on developing the agricultural system in the region by supporting the population's farms to achieve food and economic sufficiency, by selling agricultural and food products to visitors.

project aims to transform the area into a tourist destination throughout the year for residents and tourists, and to extend the seasonal period to visit the Hatta area throughout the year. It will directly contribute to attracting and increasing the number of tourists in the region.

The Hatta development plan aims to provide sustainable hotel facilities that include multiple services for all segments of society, and support tourism, tourism and sports activities. As part of the plan, a mountain health resort will be established to practice sports and special activities commensurate with the nature of Hatta, and a tourist transport system for the slopes (Funicular), which is considered the first of its kind in the region to facilitate the movement of visitors to the dam area, and the implementation of a staircase with a modern architectural design to access visitors to the dam area and provide a number of Of the sessions and breaks within the track, and these initiatives enhance the competitiveness of Hatta in the tourism field, as the project is expected to attract one million passengers annually.

focuses on preserving the nature of Hatta, enhancing its tourism competitiveness, and developing and reconstructing it with the participation of the private sector, in addition to providing opportunities to encourage and support local national projects for the people of the region, in a way that supports the revitalization of tourism and encourages entrepreneurs according to controls to preserve its nature. Its distinctive identity, in addition to meeting the citizens' housing needs for more than 20 years and developing integrated investment projects for citizens that meet their current and future aspirations.