Meeting place for young people in Borlänge on fire

A large fire broke out at the meeting place Träffpunkten Paradiset at Tjärna Ängar in Borlänge on Saturday night. - Callers said that it burned to the ground and there was heavy smoke development, says Claudia Giare at SOS Alarm. 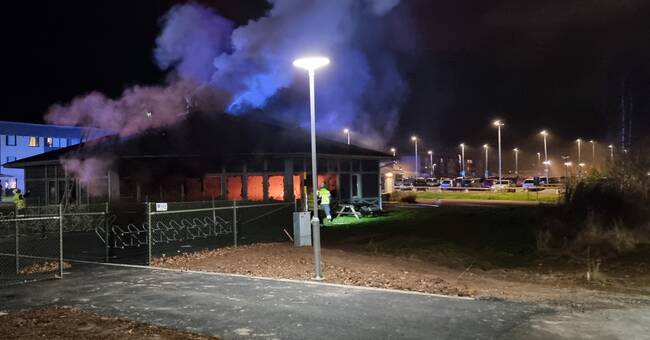 At 22:44, a fire was reported in the room, which is a meeting place for young people and other activities in the area.

Eight units from the rescue service in Borlänge and Falun were called to the scene.

An ambulance was also sent there, but SOS Alarm currently has no information about any injured person.

Just before midnight, the rescue service stated that no more resources were needed for the site.

- They have put out most of the fire and they have opened roofs to look for embers, says Claudia Giare.