Maneuver, Bonomi: "Assault on party diligence, without an overview"

"Citizenship income, early retirement, a tax cut that we have not yet understood: can you tell me these three things how they create growth, GDP, which we absolutely need?" said the president of Confindustria at the meeting of the Young Entrepreneurs 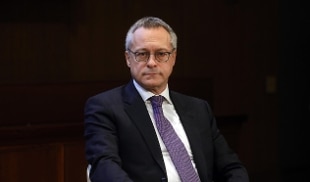 23 October 2021 "We need a maneuver that focuses entirely on how to make the country grow, on how to be a multiplier of GDP", warns the president of Confindustria, Carlo Bonomi. From the conference of the Young Entrepreneurs he reaffirms the concern for "an assault on the dligence" of the parties "without an overview", adding "I do not think it is a maneuver for young people".

"Should we be silent in the face of this? I think not - he said - we must support the Draghi government and when the parties want to take it on the wrong path we must fight".

Hence the dispute: "Citizenship income, early retirement, a tax cut that we have not yet understood: can you tell me these three things how they create growth, GDP, which we absolutely need?". This, he says, "is not the way". According to Bonomi, we need "obsession with growth: putting resources where they make us grow", like cutting the wedge.

The president of industrialists then added: "This has been the most difficult and tragic period for the country. Numerous bottlenecks are throttling the country's growth, employment and income. The brake on growth is the result of a very long season in to which politics and the representation of interests have exchanged small favors, supporting each other instead of having a vision of the future. Those party flags that are a nefarious tool "he said concluding the meeting.