Junqueras and Otegi, together in a demonstration in favor of ETA prisoners

The mobilization in favor of the ETA prisoners called by Sare has had the support of Basque and Catalan nationalist parties, in addition to a representation from United ... 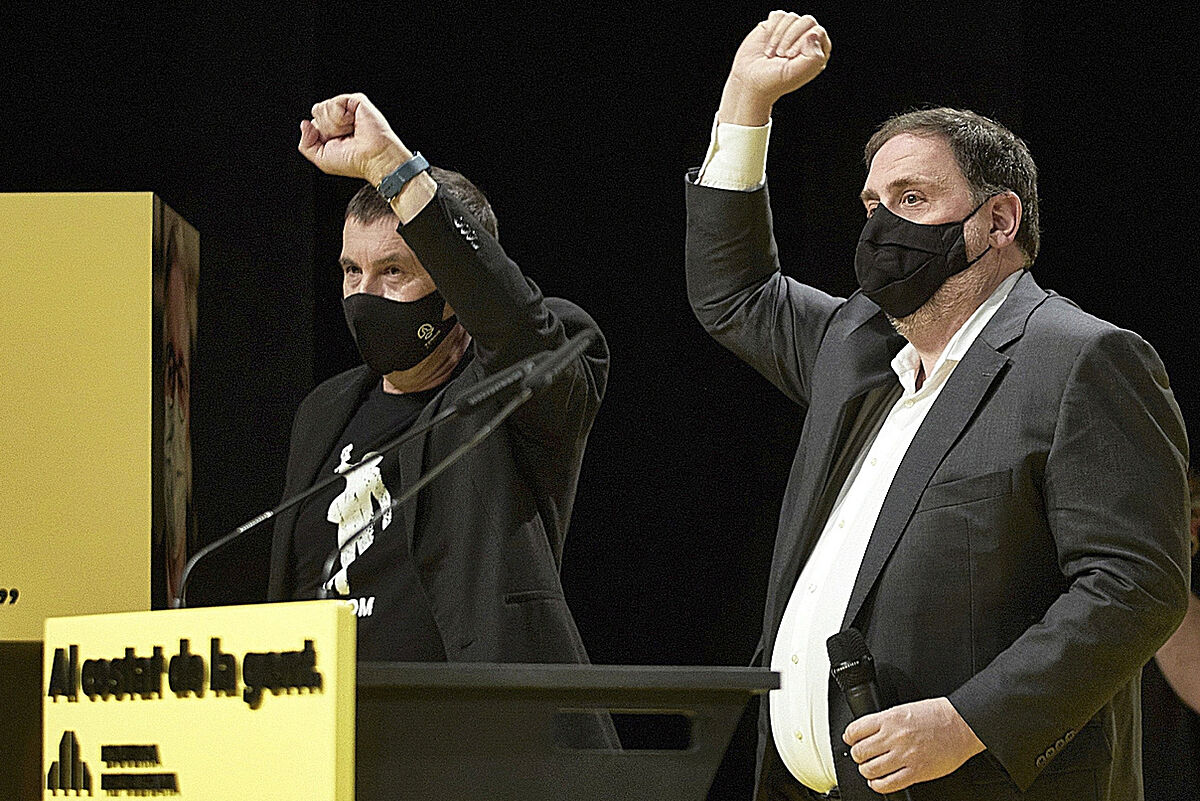 The mobilization in favor of the ETA prisoners called by

has had the support of Basque and Catalan nationalist parties, in addition to a representation of United We Can. The march calls for "consolidating the change in prison policy" that Pedro Sánchez launched in 2018 and which has resulted in 200 approaches by gang members to prisons in

The demonstration was attended by Oriol Junqueras, Dolors Bassa, Carme Forcadell, Raül Romeva and Josep Rull, convicted of their participation in the

, and with representatives of EH Bildu, PNV, PDeCAT and ERC, partners of Pedro's Government Sanchez. A delegation from United We Can also attended, led by its leader in the Basque Country,

. The Sare platform demands with this type of mobilization the approach of all ETA members to prisons in

and changes in the penitentiary policy that is applied to these prisoners.

which imposes on them serving the majority of the sentence to access the third degree and parole. According to his estimates, there are currently 10 ETA members in third degree when, if the ordinary regime were applied, it could be 70, of which 52 would already be on the street on probation.

In addition, the protesters also claim that 90% of the imprisoned ETA members already enjoy prison permits and criticize the decisions of the National Court that have annulled other of the

when they found that ETA inmates did not meet the requirements legal by using a "standard letter" of repentance, as revealed by

, which does not include a request for forgiveness and there is no collaboration with the Justice to clarify the authorship of the more than 350 unsolved ETA crimes.

Basque CountryOtegi: "We have 200 prisoners in jail and if to get them out we have to vote on the Budgets, then we vote them"