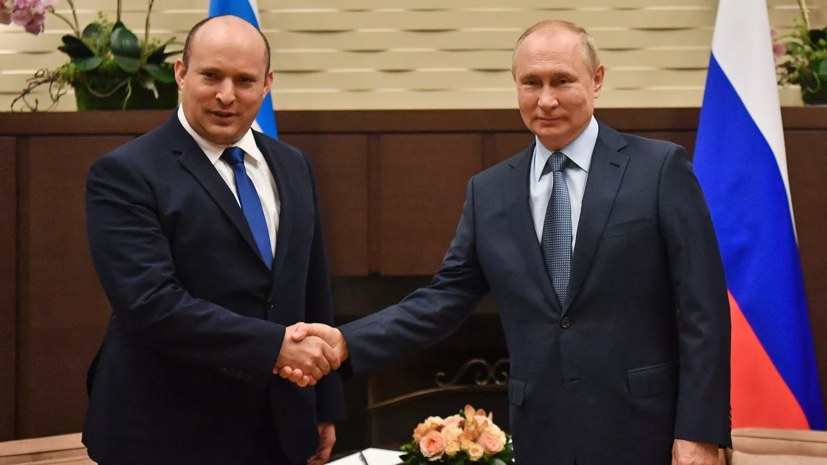 This was reported by RIA Novosti with reference to the Israeli prime minister's office.

In their conversation, President Putin asked Prime Minister Bennett about his weekend in Sochi and thanked him for a good and thorough meeting yesterday.

President Putin invited the Prime Minister and his wife to visit St. Petersburg, ”the statement reads.