Here, the Armed Forces rolls through Västervik - a large exercise in southern Sweden

On Saturday, the Armed Forces visited Rådhustorget in Västervik to strengthen the will to defend and disseminate information about the operation. The visit was part of the large military exercise that is currently taking place in southern Sweden. 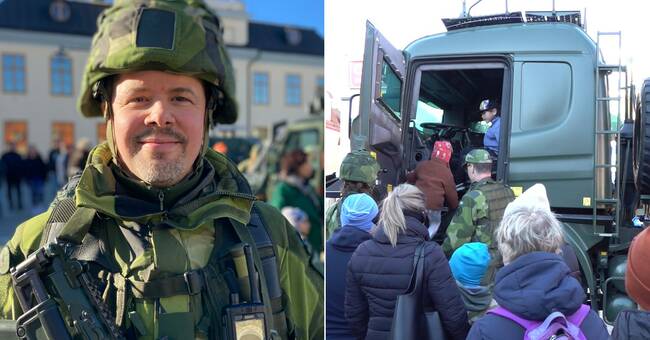 It is a joint exercise with the navy, air force and army.

In Västervik municipality, there are approximately 400 people on site from the air force.

We who are in Västervik municipality operate the flight system helicopter, says Lieutenant Colonel Andreas Nilsson.

A full war is going on

The Armed Forces is training for a scenario where a high-tech opponent attacks Sweden.

- During the exercise, a full-scale war is going on throughout Sweden, says Andreas Nilsson.

The Armed Forces is networking

Part of the purpose of the Armed Forces' presence on Rådhustorget in Västervik on Saturday was to strengthen the will to defend Sweden.

Soon 8-year-old Harry Hägglund is currently not keen on working in the military.

Hear Harry Hägglund and his sister Märta Hägglund tell more about the day in the clip above.