East-West Question·View on China | Qian Chunsong: The world is chaotic, why can China be "Optimus Prime" instead of "Megatron"? 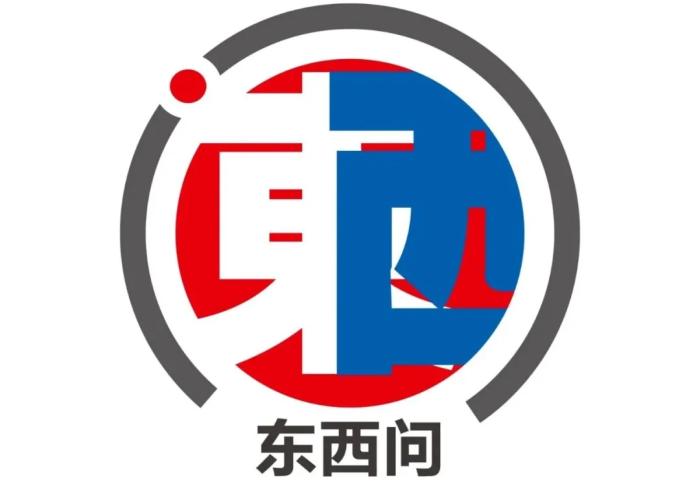 (Essential Questions·View on China) Gan Chunsong: The world is chaotic, why can China be "Optimus Prime" instead of "Megatron"?

China News Agency, Beijing, October 23, title: Qian Chunsong: The world is chaotic, why can China be "Optimus Prime" instead of "Megatron"?

Beijing Universal Studios has recently opened to the public, and the Transformers base, which is based on Hollywood blockbusters, is very popular.

The problems and conflicts shown in the "Transformers" story are considered to be the projection of the film to the real world. Does each country choose to be the "Optimus Prime" who guards fairness and justice or the "Megatron" who resorts to hegemonic violence?

In particular, with the development of China's national power and the rise of its international status, some Westerners apply Western colonial logic when looking at China and believe that if a country is to be strong, it will inevitably obtain excess benefits through the exercise of hegemony abroad, and China is no exception.

Why can China be "Optimus Prime" instead of "Megatron"?

Qian Chunsong, professor of the Department of Philosophy of Peking University and deputy dean of the Institute of Confucian Studies of Peking University, recently accepted an exclusive interview with China News Agency’s “Questions of East and West” to explain why China, which “has the world in mind”, dares to “never seek hegemony”. Acknowledge that "a strong country must be hegemonic."

Reporter from China News Service: From ancient times to the present, "with the world in mind" has represented the Chinese people's understanding of themselves and order.

Why did China form a "world view" and pass it down to this day? Has China ever engaged in hegemony and hegemony in history?

China, which has a history of uninterrupted civilization for thousands of years, has always been adhering to the concept of "Harmony and All Nations".

Supporting this idea is the Chinese concept of "Tianxia".

The term "tianxia" is widely used in pre-Qin literature, including not only geographical and institutional "tianxia", but also "tianxia" in the sense of value. Relying on Confucian value recognition of a harmonious order, it is believed that different civilizations They can achieve symbiosis and coexistence through cultural transmission.

This value is also reflected in the "kingdom" correction of "hegemony".

Concepts such as "Great Harmony in the World" and "Harmony of All Nations" have gradually formed in history.

In the process of competing in the Central Plains, all the city-states at that time paid more attention to the establishment of a community with a higher civilization that was "convincing" to "the one who is far away, and the one who is near". This is also the source of the Confucian "world view".

It is not difficult to see that the evolution of Chinese civilization is different from the civilization that appeared in the Mediterranean in the early days of the West.

From Egypt, Rome to Persia, these civilizations are largely characterized by "substitution."

Confucianism emphasizes "coexistence." Many ethnic groups absorb and merge with each other on the land of China, and realize the development of the Chinese nation's "diverse integration".

The order of the world is never based on the size of the ruling territory, but on the moral order of benevolent governance.

The ancient Chinese regarded the order of the world as the highest value in dealing with the relationship between various ethnic groups. On the one hand, future generations can maintain a critical attitude towards the insufficiency of reality based on the roots of this culture; on the other hand, they also endow the culture with an attitude of "introspection". Rather than "arrogant" lonely self-respect, this is fully reflected in our attitude towards foreign civilizations and other nations.

The statue of Confucius in front of Kong's Nanzong Family Temple.

China News Agency reporter: You mentioned that Chinese civilization has an attitude of "introspection" rather than "arrogance" and self-appreciation. From a historical perspective, how does Chinese culture incorporate and complement foreign cultures?

The typical case of Chinese culture absorbing foreign cultures is the introduction of Buddhism.

When Buddhism was introduced to China at the end of the Eastern Han Dynasty, the ancients did not particularly make a fuss, because for the Chinese who had a "world view", there was "no outside" in culture, and the boundaries of culture were infinite.

The ancient Chinese invented the "Geyi" method to understand Buddhism, which means to accept Buddhism from the local Taoism and other cultural resources.

After a large number of Buddhist scriptures have been translated into Chinese, the way of thinking and life attitude of Buddhism has profoundly affected the Chinese people, and Buddhism has been localized in the process of reviewing, absorbing and criticizing it.

Similar to Buddhism, after Christianity and Islam entered China, the Chinese civilization accepted them and changed foreign religions into sinicized religions.

If many Westerners believe that war is a way of cultural understanding, the Chinese believe that different cultures should achieve eclectic and prosperous development in the process of running-in. Healthy integration does not mean that one party "eats" the other. If nourishment is drawn from the culture of one party, then such "fusion" is of no value.

In terms of "going out" exchanges, the Chinese nation insists on exchanges and cooperation rather than aggressive expansion.

More than 2,000 years ago, the Chinese opened the Silk Road to promote equal exchanges of civilizations; more than 600 years ago, Zheng He made seven voyages to the West as far as Africa. The way of communication is to integrate into the local area.

Different cultures should learn from each other's strengths through dialogue and communication, instead of heading towards a "clash of civilizations."

The self-consciousness of "beauty and co-existence" is not only an elucidation of the spiritual characteristics of Chinese civilization, but also provides value support for handling the relationship between different civilizations in the era of globalization.

China News Agency reporter: In your opinion, what is the difference between China and the West in their understanding of "hegemony"?

Why do some Westerners misunderstand China like "a strong country must hegemony"?

answer this question, we must first clarify the logical principles of the modern nation-state.

The "Westphalian System" formed in the middle of the 17th century established a modern world governance system with nation-states as the cornerstone.

Together with the capitalist market system, it constitutes a "different internal and external" order full of war and plunder.

The stance of giving priority to national interests inherent in the nation-state system enables the country’s external function to fully serve its internal function. Powerful countries can plunder other countries through economic and military means, and build a pattern of global differentiation. This de facto hegemony The system is totally different in value from the Chinese concept of the world.

In order to adapt to this new world, China is now a member of the nation-state, but we have always stood at the height of the roots of the Chinese civilization of "peace, tolerance, and openness", opposed the plundering of developing countries by Western developed countries, and did not agree with the hegemonic system. .

Since the founding of New China, we have adhered to the principle of "people have the same heart and the same reason", cared for, sympathized with and helped underdeveloped countries, and did not associate with "hegemony".

Because the bullying world order violates the Confucian spirit of "the world is for the public", and it will not be the ideal order of mankind.

For example, when Western countries represented by the United States dealt with the crisis in the Middle East, they ignored the local cultural foundation and forced system transplantation. The consequences of these practices have caused great suffering to the local people.

The pursuit of human peace is the common aspiration of people of insight. For example, Kant put forward the vision of permanent peace, and Habermas also put forward the concept of global citizenship, inspiring people to think about the common interests of mankind from a height that transcends nation-states.

In the face of global issues such as climate change and epidemics of infectious diseases, the hegemonic system is not only unable to solve it, but also exposes its own unsustainability.

Some Westerners view China from the perspective of “conflict is inevitable” and come to the judgment that “a strong country must be hegemonic”. This is an interpretation of China by applying their own logic. The result is a misunderstanding of values, which exposes that these people are neither To understand the roots of Chinese civilization and not familiar with the history of China's development, such "arrogance" and "prejudice" must be discarded.

China News Agency reporter: China proposes to promote the construction of a "community with a shared future for mankind". How does this relate to the traditional "view of the world"?

What enlightenment does the Chinese thinking about "community" bring to the mutual learning of human civilizations?

nation-state system is the product of the development of human civilization to a certain stage, but such a system will ignore the interests of other countries and people and the rationality of their lifestyles.

The several wars in modern times are all manifestations of the inherent contradictions in this system.

The international organizations and regional coalitions that have emerged in recent decades have all operated from the perspective of "super-national values", and they are all attempts to build a community.

The Chinese love to breathe together and share a common destiny. The Chinese civilization advocates "one family in the four seas" and "inclusiveness and openness". This provides a wealth of historical experience for all mankind to tighten the bond of fate that depends on good and bad and shares in safety and danger.

In this regard, the concept of a community with a shared future for mankind, which contains Confucian benevolent concepts, presents the dialectical unity between local interests and overall concerns, which can help us understand the relationship between people, individuals and countries, countries and humans, and humans and the natural environment. Provide a reference for the relationship.

The concept of a community with a shared future for mankind has a profound cultural foundation, and it is a typical manifestation of the Chinese people's overall thinking and world sentiments when dealing with multicultural relations.

If we look at the exchanges between human civilizations from a long-term perspective, we can find that mutual understanding between civilizations has gone through a process of conflict or even exclusion. It is in the collision and conflict that humans have learned to live in peace.

Therefore, we should strive to achieve mutual understanding through dialogue and mutual learning.

In the mutual learning of civilizations, absorbing the experience of other civilizations and discovering the vitality of one's own civilization is the "cultural consciousness" that all countries need.

For China, the organic integration of Chinese excellent traditional culture with the trends of the modern world will enable China's excellent traditional values ​​to provide a kind of Eastern wisdom for human beings to understand their own possible prospects and create a symbiotic environment.