Dead and wounded in an ambush in Jalalabad, and the Afghan government plans to provide the army with modern weapons

at least two civilians were killed; Including a child, and 4 others were wounded - today, Saturday - in an ambush targeting a Taliban vehicle in Jalalabad city in Nangarhar province (eastern Afghanistan). 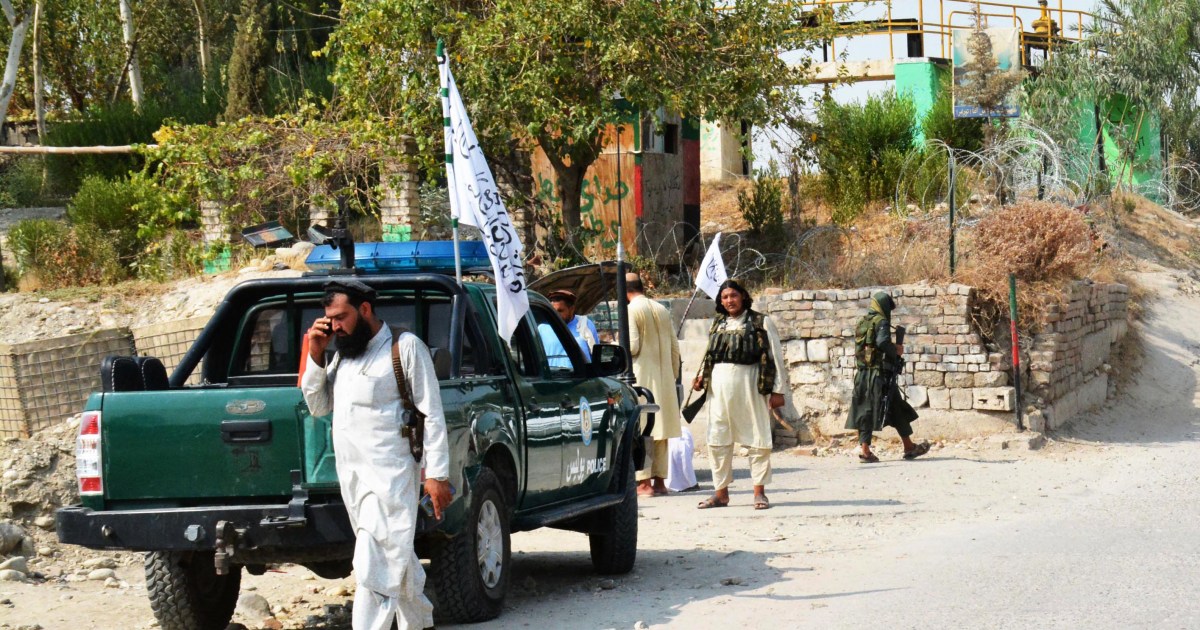 at least two civilians were killed;

Among them was a child, and 4 others were wounded - today, Saturday - in an ambush targeting a Taliban vehicle in the city of Jalalabad in Nangarhar province (eastern Afghanistan), while the Taliban government plans to provide the Afghan army with advanced and modern weapons.

And the region's police chief, Ismatullah Mubarez, said - in a press statement - that two roadside bombs exploded while a Taliban vehicle was passing, killing at least two civilians, including a child, and wounding 4 others, according to the Associated Press. ).

The security official confirmed that no Taliban fighters were hurt in the ambush in the east of the country.

The Associated Press also quoted a local hospital official - who requested anonymity because he was not authorized to speak to the media - as saying that two bodies and four wounded civilians were taken to the hospital after the attack.

No party has yet claimed responsibility for the attack, but the "Islamic State-Khorasan Province" has claimed similar bombings in the eastern Nangarhar province, where it launches frequent attacks targeting the Taliban.

On August 15, the Taliban took control of Afghanistan almost completely, paralleling a final stage of a US military withdrawal that was completed at the end of the same month.

Earlier today, Saturday, ISIS claimed responsibility for an explosion targeting a main tower, which led to a power outage in Kabul and several Afghan provinces since Thursday night.

The Islamic State said - in a statement posted on its Telegram channels in the early hours of Saturday morning - that the militants detonated an explosive device on an electricity pole in the Shakardara area of ​​Kabul province, which led to a power outage.

This is the organization's first attack on an electricity pole since the Taliban took control of Afghanistan last August.

On the other hand, Swedish Minister for International Development Cooperation Per Olsson warned today, Saturday, that Afghanistan is heading towards economic collapse, which threatens to plunge the country into a new political crisis.

"I fear that the country is on the verge of collapse, and that the collapse is coming faster than we imagined," Olson told Reuters in Dubai, warning that the economic collapse could provide an environment for the growth of terrorist groups, as he put it.

He added that European countries are not ready to reopen their embassies in Kabul, and that more diplomatic missions will operate from Qatar before there is a return to Afghanistan.

Since the Taliban's return to power, the European Union has decided to increase humanitarian aid to Afghanistan, but has suspended development aid, a measure taken by many other countries as well as the World Bank.

Yesterday, the Red Cross urged the international community to cooperate with the Taliban, warning that relief organizations alone could not provide more than temporary solutions.

In the same context, Afghan Foreign Ministry spokesman Abdul Qahar Balkhi quoted the Iranian ambassador in Kabul Bahadur Aminian Jazi as saying that economic problems are the common enemy of the two countries.

Balkhi added that the Iranian ambassador reiterated today, Saturday, during his meeting with the acting Afghan Foreign Minister Amir Khan Mottaki, Iran's readiness to help Afghanistan in the fields of energy, transport, mining, trade and health.

On the other hand, Afghan Acting Defense Minister Mullah Muhammad Yaqoub Mujahid said that Afghanistan's territory and airspace will not be used against others.

The minister revealed that the process of forming a strong army to defend Afghanistan's land and sovereignty has begun, adding that the government plans to provide the Afghan army with advanced and modern weapons.

Mujahid pointed out that the Afghan authorities will not allow anyone to interfere in Afghanistan's internal affairs, and will maintain security on the common borders with neighbors.