Corona .. the return of record infection rates in European countries, Russia, and hundreds of Nicaraguans cross to its neighbor for vaccination

Russia, Germany and Britain have recorded record rates of infection with the Corona virus that they have not seen for months, at a time when hundreds of Nicaragua crossed the border to its neighbor Honduras to receive the vaccine. 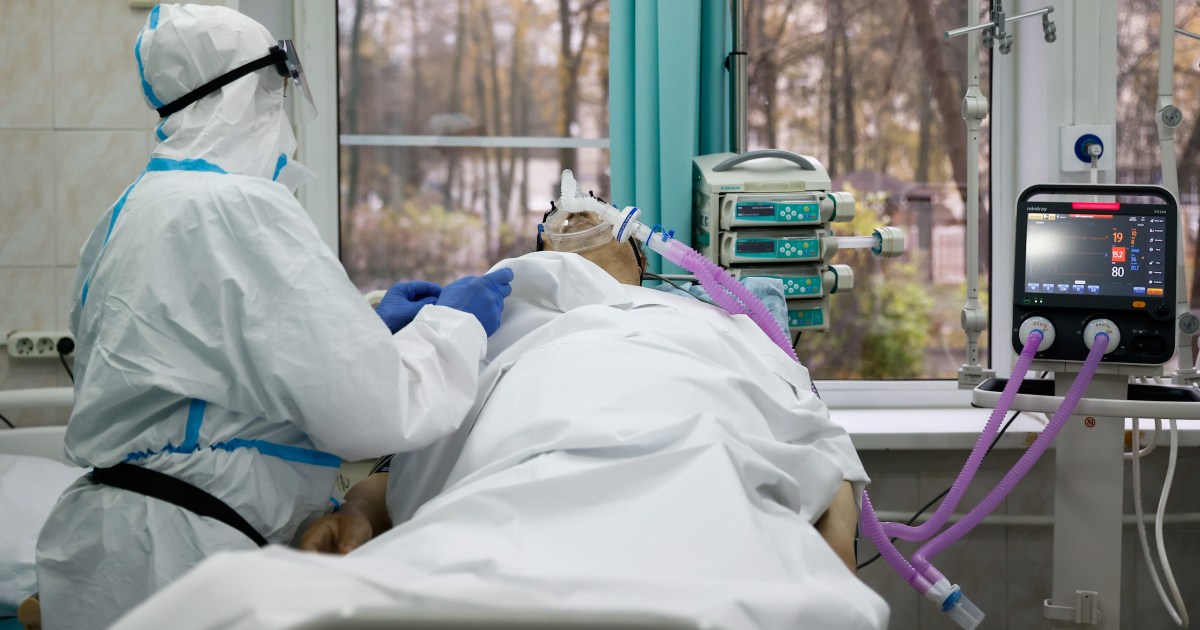 Russia, Germany and Britain recorded record rates of infection with the Corona virus, which they have not recorded for months, in a new epidemic wave with the approach of winter, at a time when hundreds of Nicaragua crossed the border to its neighbor Honduras to receive the vaccine.

Today, Saturday, Russia announced a record number of daily deaths from the Corona virus, for the fifth consecutive day, recording 1,075 deaths, at a time when the authorities are preparing to close workplaces throughout the country and close Moscow, and the country has recorded 37,678 infections.

President Vladimir Putin agreed last week to close workplaces for a week at the beginning of next November in order to combat the new epidemic wave, and the capital will re-impose a partial closure starting from October 28, and only stores that sell basic needs such as pharmacies and convenience stores will be allowed. Food to stay open.

Although Russia has manufactured the world's first vaccines against Covid-19, the country has only vaccinated almost a third of its population (32%), which is one of the lowest rates in Europe, and this is due to the reluctance of many Russians to receive vaccination.

Since last June, a fourth wave of the epidemic has been spreading in the country due to the emergence of more deadly mutant, in light of low compliance with the muzzle position, and the slowdown in the vaccination campaign.

Since the beginning of the epidemic, 229,528 people have died from the virus in Russia, according to the official toll of the authorities, which is the highest number in Europe, but the actual toll may be much higher.

The Russian Statistics Agency (Rostat) says that the number of deaths exceeded 400,000 at the end of last August.

Britain recorded the highest rate of new HIV infections since last July, at a time when the Prime Minister ruled out a return to the policy of complete closure of the country.

In Europe, Britain recorded the highest rate of new HIV infections since last July, at a time when Prime Minister Boris Johnson ruled out a return to the policy of complete closure of the country to confront this rise;

In the past seven days, the number of confirmed infections reached more than 333,000, an increase of 15% from the week before.

Britain today recorded 135 new deaths, down from 180 yesterday, Friday, bringing the total number of deaths since the outbreak of the epidemic to 139,461 cases, and the number of deaths during the seven days increased by 12%, and deaths in Britain are among the highest in Europe.

And health advisers called for the British government yesterday, Friday, to prepare for the reintroduction of some restrictions and precautionary measures, in order to slow the spread of the disease, including remote work.

#No_compulsory_vaccination A German virologist announced his expectations that the spread of the new Corona virus infection will accelerate in the coming months, after it was limited to a slight increase so far in the fall.

Head of the Department of Virology at Ludwig-Maximalin University in Munich, in statements published today, Sunday

In Germany, today, Saturday, the country recorded the highest number of HIV infections since mid-May, as the infection rate reached 100 cases per 100,000 people in the past seven days, which is the same rate that the German authorities relied on to impose a strict general closure in the last period.

The Berlin government said yesterday, Friday, that it is prepared for the recent rise in the number of new infections with the Corona virus in the country, among all age groups, warning that the situation may worsen with the approach of winter, but Health Minister Jens Spahn said that his country can coexist with the pandemic better thanks to Vaccination, although it was mentioned that restrictions such as wearing masks and limiting indoor activity for non-vaccinated people will remain in force until next spring, and 66.1 percent of Germans received the full vaccine and nearly 70 percent of a single dose, according to official figures.

The number of deaths in Germany as a result of Covid-19 increased by 86 cases today, Saturday, to reach 95 thousand and 77 cases, since the beginning of the epidemic.

And in South America, health sources in Nicaragua said that hundreds of the country’s residents crossed the border towards neighboring Honduras yesterday, Friday, to receive the vaccine against the Corona virus.

Honduran President Juan Orlando Hernandez said last week that his country had provided 100,000 doses of vaccine to Nicaragua in a gesture of solidarity.

The Pan American Health Organization says that Nicaragua is one of the six countries in the American continent with the lowest vaccination rate, as Reuters data indicates that the rate did not exceed 10%.