Carnegie Center article: The Middle East is shifting away from America

The normalization agreements concluded last year between the Gulf states and Israel constituted a kind of counterweight to Iran. However, the United States' attempts to contain Tehran failed, as its influence expanded in the Middle East. 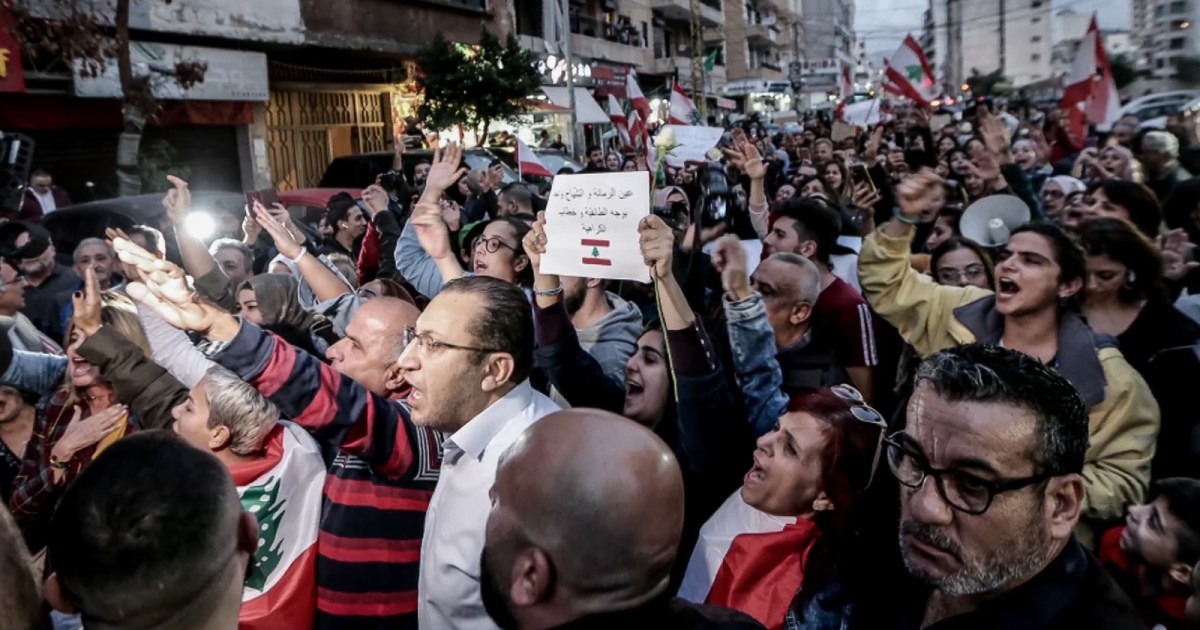 "Shifting Away from America" ​​is the title of an article edited by the Carnegie Middle East Center in the "Diwan Blog" corner, which stated at the outset that regional and international actors are intensifying their efforts to engage in a new influence game in the Middle East.

The writer Michael Young pointed out that Republican members of the US Congress accused the administration of President Joe Biden of withholding a report on "Hezbollah's financial empire."

He said that this report, which was commissioned by the Ministries of Foreign Affairs and Defense, is one of the requirements stipulated in the Law of Amendments to Prevent International Funding for this Lebanese Party, issued in 2008.

He stated that this report is of great importance to Republicans, "given that the Biden administration is considering the possibility of lifting economic sanctions on Lebanon, which is controlled by Hezbollah, while the country is under the weight of a massive cash crisis." Republican Representative Pat Fallon said, "If the current administration backs down and lifts the sanctions imposed on Lebanon, this will be a step taken from Neville Chamberlain's foreign policy lexicon. And only Hezbollah bears the responsibility for the economic collapse in Lebanon."

The writer hinted that Fallon's comment generated interesting questions, as there is no indication that the United States has actually imposed sanctions on Lebanon.

It is certain that it imposed sanctions on Lebanese politicians and on members of Hezbollah and its partners, but nothing indicates that it will impede, for example, the plan of the International Monetary Fund to save this country.

In fact, the Biden administration recently tried to help the Lebanese army, and a delegation of members of Congress visited Beirut last September to study ways to help the country.

Member Richard Blumenthal stated, "I do not rule out the option of implementing a mini-Marshall plan for Lebanon, because US national security interests require it."

The article commented that the most significant thing was what congressional sources reported that "Congress is increasingly scrutinizing" the Biden administration's refusal to release the State and Defense report "amid separate reports of its willingness to agree to some exemptions from the economic sanctions imposed on the Assad regime in order to facilitate reaching a conclusion." agreement with Lebanon on energy.

This agreement entails pumping Egyptian gas into a pipeline that passes through Jordan and Syria to Lebanon to supply the Deir Ammar station located near Tripoli, where it is noteworthy that Lebanon suffers from long periods of power outages, in light of the lack of funds and the scarcity of fuel.

Therefore, this plan would help produce energy in light of the economic stagnation that the country is experiencing.

In the Middle East, regimes are imposing new rules of the game of influence in preparation for shaping a region that has turned away from America.

But the implementation of this plan, the writer says, requires the United States to exclude Lebanon and Jordan from the sanctions imposed under the "Caesar Act", which was designed to punish the Syrian regime for the crimes it committed against its people.

The writer added that all this shows that Egypt and Jordan are in agreement on Lebanon, and that they seem to have succeeded in persuading the Biden administration to support their approach.

He pointed out that although the broad headlines of the plan focus simply on supplying Lebanon with gas, the real essence remains that Egypt and Jordan are trying to use Lebanon's current situation as a means to return Syria to the Arab countries.

He believes that the normalization agreements concluded last year between the Gulf states and Israel constituted a kind of counterweight to Iran, yet the United States' attempts to contain Tehran failed.

It has expanded its influence in the Middle East, despite being subject to sanctions for decades.

It does not provide an example to follow, but it has exploited the fragmented and fragmented nature of many Arab countries to achieve its own interests.

The article continued that the trend prevailing elsewhere in the Arab world appears more innovative.

The behavior of Egypt and Jordan in Lebanon indicates that the Sunni-majority countries, if they succeed in mobilizing their allies and supporters in the Middle East, have a better chance of forcing Iran to take into account the interests of Arab countries, compared to the opportunities offered by its dependence on US or Israeli weapons.

The goal of the administration of former President Barack Obama was to establish a regional balance of power capable of bringing about change without outside interference after the US military withdrawal, which Biden most likely agrees with.

The article concluded that the echoes of this message resonate in the Arab world today.

In light of the fact that the United States has stopped organizing the affairs of the Middle East, the Arab countries are gathering their cards to play their own influence game at the regional level.

As for Washington, the discussion remains limited, as it focuses on the current administration's steps and their impact on the domestic scene. However, in the Middle East, regimes are imposing new rules for the game of influence, in preparation for drawing the features of a region that has turned away from America.