Alberto Rodríguez, the deputy of United We Can to whom the president of Congress, Meritxell Batet, has withdrawn his minutes after the Supreme Court ruling, has announced ... 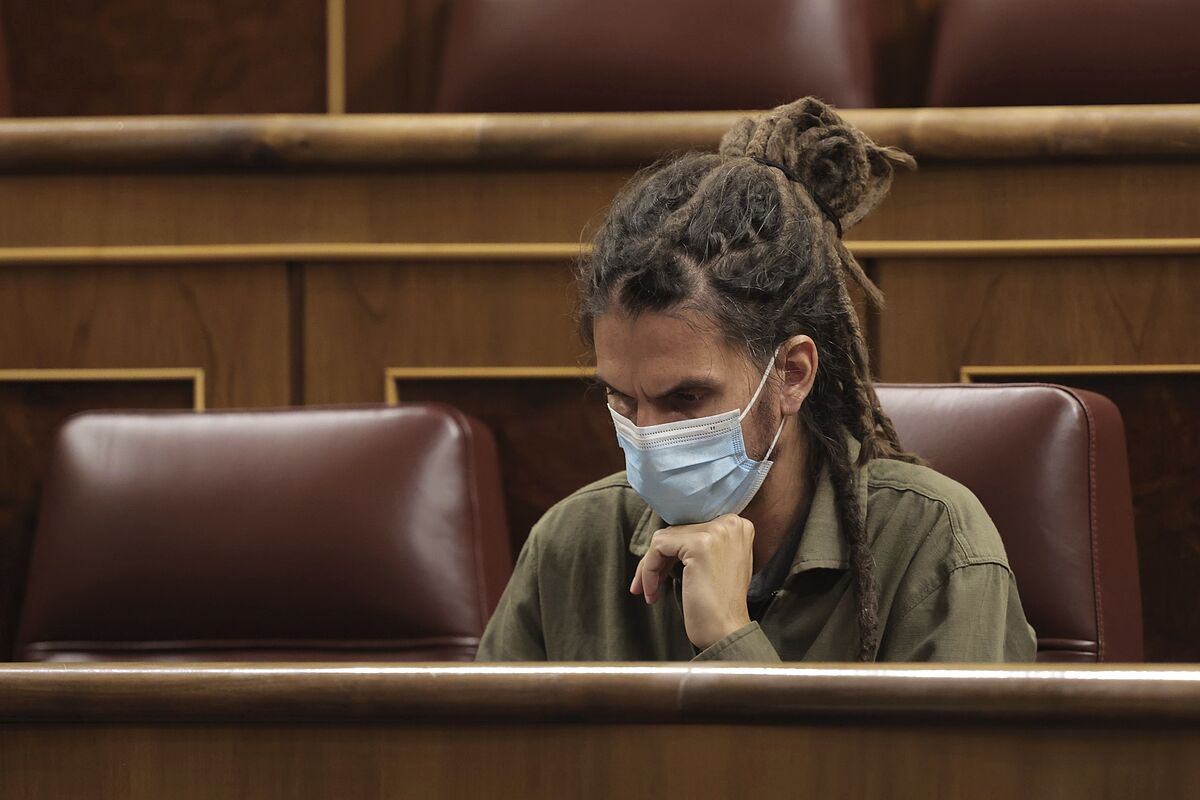 Alberto Rodríguez, the deputy of United We Can to whom the president of Congress, Meritxell Batet, has withdrawn his minutes after the Supreme Court ruling, has announced that he is leaving the purple formation and has accused the PSOE of "stealing the minutes from the representative of more than 64,000 people ".

Upon his arrival at the Los Rodeos airport in Tenerife, and surrounded by supporters, Rodríguez assured that he had been the victim of "a cacicada" and that he would do everything in his power to defend his innocence: "This battle was won for now, but I will go to the European Court of Human Rights if I cannot find justice in Spain ".

However, Rodríguez has not clarified whether he will continue with the presentation of the complaint for prevarication against Batet, as Podemos announced yesterday: "It is a question that the legal team is studying."

Until now, the purple parliamentarian has accused his government partners, the PSOE, of "bowing to the pressures of the Judiciary" and although he has said that he is leaving training - "One must know how to close cycles and learn" - he has left open the door of a return: "We are going to return with hundreds of thousands of votes."

The withdrawal of the act of deputy to Alberto Rodríguez has unleashed enormous tension between the two government partners.

United We can opened an institutional crisis on Friday by questioning Batet for executing the Supreme Court's ruling.

accused Batet of giving in to "pressure" from the Supreme Court - whom they pointed to for "pressuring" Congress - and from the "extreme right" and announced a lawsuit against the president of the Lower House for prevarication.

Today, however, the Minister of Consumption, Alberto Garzón, has tried to reduce the clash between the two partners by pointing out that the complaint against Batet is a legal action by the affected person "in a personal capacity."

"It is natural that the affected person has thought to initiate the legal actions that his legal advisers consider appropriate. It is a legal action in a personal capacity by someone who is outraged by this process that should not have occurred," the minister has made clear .

Yesterday, the CGPJ issued a harsh statement criticizing the attack made on this matter by the Minister of Social Rights and

, Ione Belarra, who accused the Supreme Court of "pressuring" the

: "Getting to attribute the commission of a The crime against its magistrates absolutely exceeds the limits of the right to freedom of expression, especially when the person carrying out these demonstrations is a member of the Executive Power, ”said the CGPJ in a statement.