This is how Gothenburg politicians want to save young people from the gangs: "Going away from the street"

Now the politicians are responding after SVT reported that such young people as ten-year-olds are being recruited by the criminal networks in Gothenburg. Both M and S highlighted defector activities as an important part of tackling crime in the city. - We want to spend three times as much resources on defector activities as is done today, says the Social Democrats' group leader Jonas Attenius. 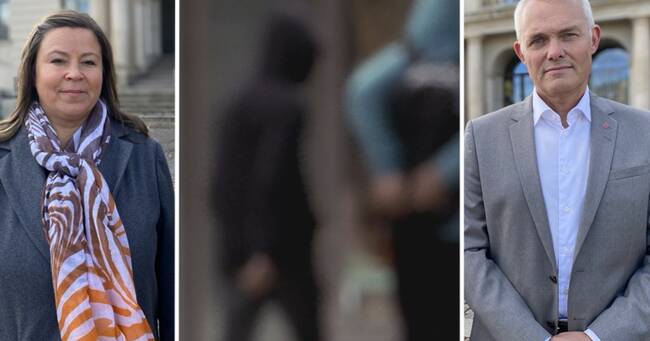 Hear more about how M and S want to deal with gang crime in Gothenburg in the clip.

Tougher punishment, both the Moderates and the Social Democrats in Gothenburg agree on should help young people stay away from crime.

In addition, the Social Democrats in Gothenburg will triple the investment in the municipality's defector program in the budget, which they will present next week.

However, the dividing line between the two parties becomes clear when it comes to the question of whether you as a young person have the same opportunities if you grew up in one of the so-called vulnerable areas.

- No, you do not have that in Gothenburg today, Jonas Attenius (s) answers.

- You are served quite a few opportunities in Sweden today to succeed, no matter where you live, says Nina Miskovsky (m).