The artist colleagues' grief: "It would not end like this"

“Rest in peace Santa. Hope your death can be an extra loud cry for all parents who lose their children in this pointless shit ”. This is what the Swedish rapper Stor writes in a post on Instagram, after the news that his artist colleague Einár has been shot dead. And he is not the only artist to share his feelings and personal memories on social media. 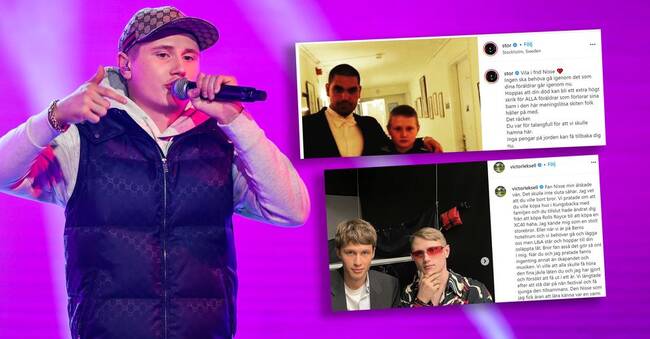 Several people called 112 at 22.50 on Thursday night after hearing loud bangs that sounded like shots.

When the police arrived at the scene, a residential area in Hammarby Sjöstad, a gunshot wounded man was found who later died.

When it became known that it was the acclaimed rapper Nils "Einár" Grönberg who was the deceased, his friends and artist colleagues reacted with grief on social media.

I know you wanted to remove brother ", writes Victor Leksell on Instagram.

In a slide show, the artist is seen together with Einár.

"Brother damn it hurts so much in me.

When you and I talked, there was nothing but creation and music ", Victor Leksell continues," See you on the other side. "

"The industry must distance itself from gang crime"

The music industry must distance itself from gang crime! ”, Writes Danny Saucedo on Instagram.

"Rest in peace", on a compact black background, Dante Lindhe from Hov1 has posted on Instagram.

The rapper Adaam, who previously collaborated with Einár, writes on Instagram:

"Rest now my brother, may God forgive your sins."