In the spotlight: a new director for the national police in Haiti 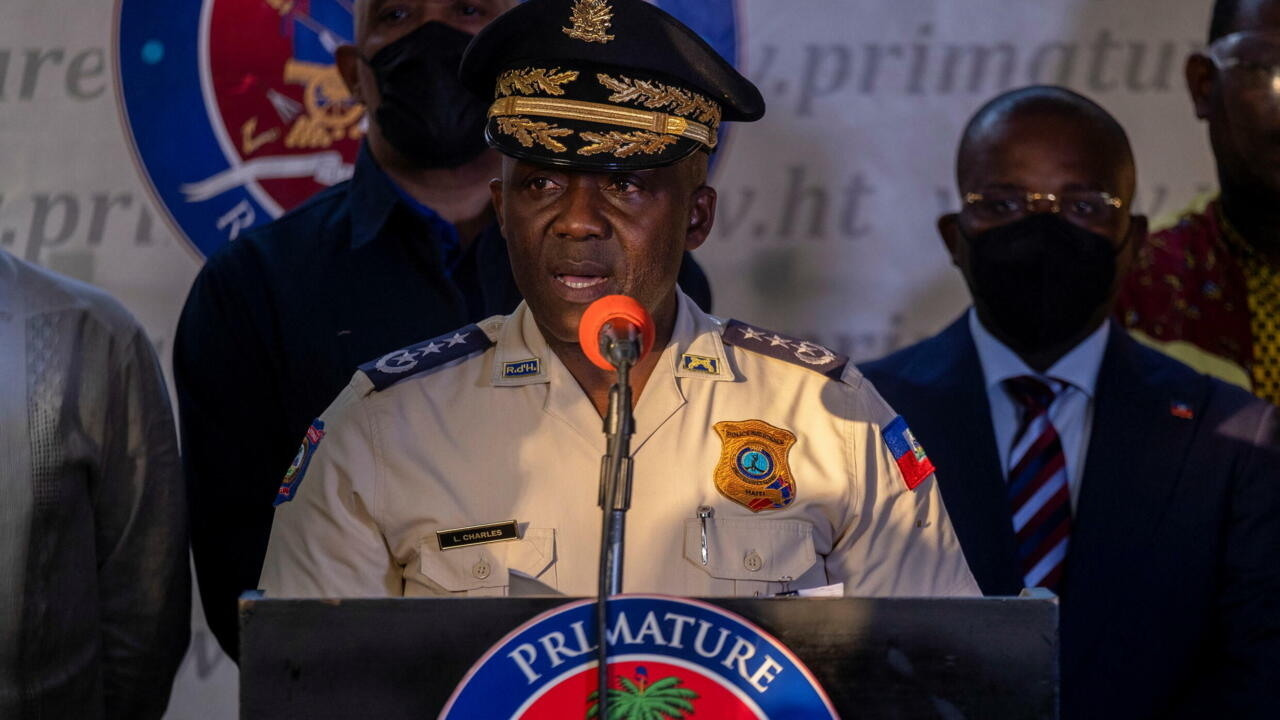 In the spotlight: a new director for the national police in Haiti

Frantz Elbé replaces Léon Charles at the head of the Haitian National Police. The resignation of Léon Charles was "

demanded by several layers of society

, noting that it occurs "

". The press is not kind to those who are leaving: "

leaving by the back door

It leaves a capital in the grip of insecurity. More than a thousand people and around fifty police officers have been killed in recent months,

”the newspaper said, while

relays the UNICEF statement that "

. And his resignation comes a few days after "

", when, with the Prime Minister and members of the government, Léon Charles had to "

take flight under the bullets of the bandits

under the administration of Léon Charles that President Jovenel Moïse was assassinated at home,

. The director of police, "

even treated as an assassin

The man had developed the faculty of being impervious to criticism

", estimates the newspaper, but "

the hunt for armed gangs

the efforts of Frantz Elbé to restore security when he was in the South-East, in 2012, were hailed at the time

The newspapers focus mainly on what awaits him: "

the hunt for armed gangs,

[…] It is a position that we inherit after the failure of a previous director during a crisis at its height.

[…] The country awaits, in the absence of miracles, clear signals and results, however small they may be.

In Nicaragua, arrest of the president and vice-president of COSEP, the employers' union

Michael Healy and Alvaro Vargas were arrested, according to police, "

for alleged money laundering and for attacking national sovereignty

. The house of Michael Healy, the president of Cosep, "

was searched, as was the case for other detainees and suspects

", notes the newspaper, among others "

as violent and restrictive as Venezuela

notes that the detention of the two men, "

critics of the government of the Sandinista Ortega,

and of the political prisoners

," said a political analyst in

Every time there is international action, internally we lock up more.

In the United States, the state of Alabama executed this Thursday Willie B. Smith

The Supreme Court had just refused to examine the case of this African-American convicted thirty years ago for the murder of a white woman. However, underlines the site

", and the Supreme Court had in 2002 prohibited the execution of this type of people, complements the

. According to the Death Penalty Information Center, Willie B. Smith is at least the 28th person with intellectual disability to be executed since the 2002 ban. His lawyers say he couldn't even choose one. type of execution among those offered to him, because he did not understand the form.

Accident on the set of a film in the United States

: one dead and one seriously injured

Actor Alec Baldwin shot the set of the western

with a pistol used as a prop

According to the sheriff's office, the investigation is trying to understand what type of projectile was fired and how

." A spokesperson for Alec Baldwin speaks of an "

accident with a blank loaded pistol

" of the actor, known in recent years for his role in the series

and his imitation of Donald Trump on

The newspaper also returns to the deaths which occurred in similar circumstances during filming: the actor Brandon Lee, son of Bruce Lee, killed by a pistol loaded by mistake with live ammunition.

Or Jon-Erik Hexum, pretending to play Russian roulette with a pistol for the shot loaded blank, but killed by the detonation when the shot is fired.