In Spain, the "Riders law" reshuffles the cards for home meal delivery - France 24

In Spain, the "Riders Law" reshuffles the cards for home meal delivery Madrid (AFP) It was a first, called to serve as a model in many countries. The "Riders law", adopted in mid-May by the leftist government of Pedro Sanchez, has made it possible in recent weeks to hire thousands of couriers previously considered "independent". "From now on, all these people benefit from social protection", welcomes Carlos Gutiérrez, of the Workers' Commissions union (CCOO), for w 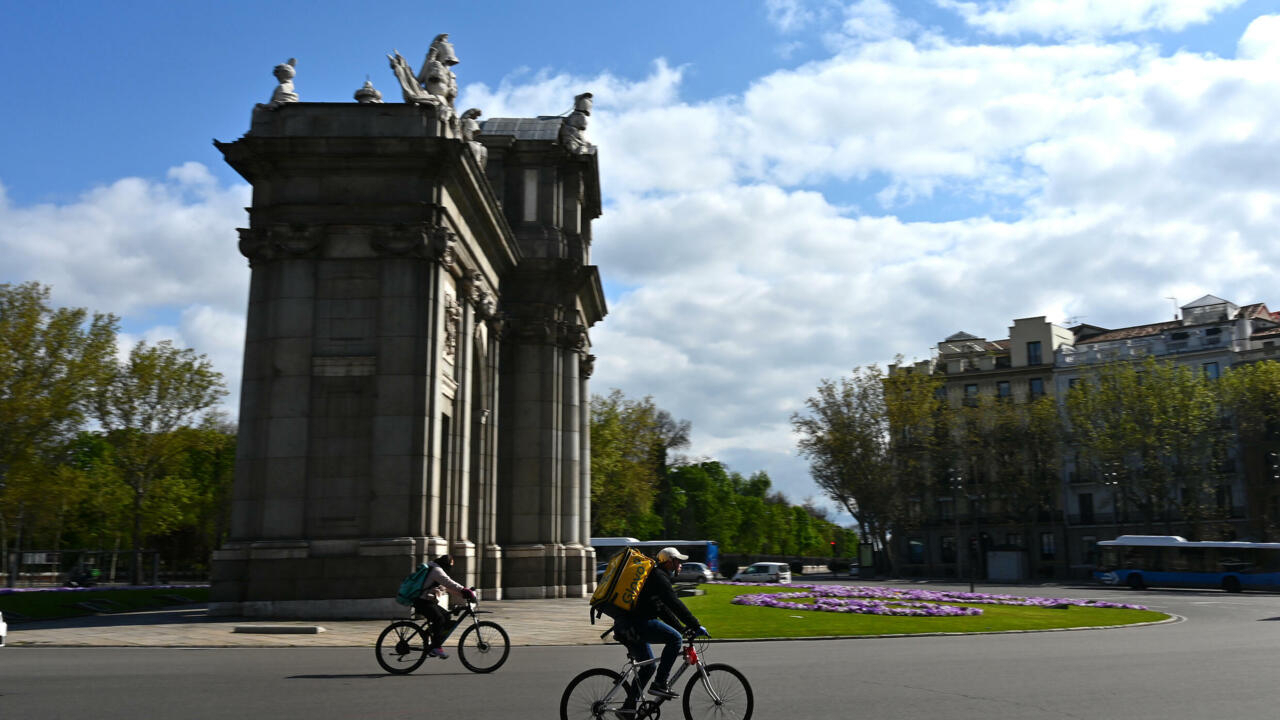 It was a first, called to serve as a model in many countries.

The "Riders law", adopted in mid-May by the leftist government of Pedro Sanchez, has made it possible in recent weeks to hire thousands of couriers previously considered "independent".

"From now on, all these people benefit from social protection", welcomes Carlos Gutiérrez, of the Workers' Commissions union (CCOO), for whom the reform "is starting to bear fruit".

The text, which entered into force on August 12, introduced into the labor code a "presumption of employment" for all couriers using delivery applications such as Uber Eats, Glovo or Deliveroo.

A real revolution for these platforms, forced to pay contributions.

"These are important advances for delivery people, whose working conditions are often precarious. But we remain vigilant, because there are still problems to be solved", underlines Ruben Ranz, of the UGT union.

In this context of market upheaval, the British group Deliveroo announced at the end of July that it would leave Spain, which is considered to be one of the most dynamic markets for home meal delivery, with 4.7 million customers. registered at the end of 2019 according to the research firm Afi.

This departure, envisaged even before the law was put in place, is currently being finalized.

"Deliveroo has initiated a collective dismissal procedure" involving "3,871 people" but "we are still waiting to know the conditions", specifies Ruben Ranz.

A scooter delivery man from the Deliveroo application in a street in Madrid, March 27, 2020 Gabriel BOUYS AFP / Archives

It is difficult, at this stage, to say who will benefit from this departure.

Especially since all the platforms have not opted for the same model in the face of the new legal framework.

Just Eat, which said it was in favor of the reform, launched negotiations with the unions during the summer to set up its "own network of distributors".

The company, established in Spain for 11 years, will then have the "first collective agreement" in the sector, according to its director Patrik Bergareche.

The Californian giant Uber Eats, for its part, has chosen a subcontracting system: deliverers using its application are now employed by intermediary companies from the logistics sector, such as Closer Logistics, Deelivers and Delorean.

A strategy defended by the company, which considers that it is thus in order with the "Riders law", but criticized by the unions.

This is akin to "an illegal transfer of workers", Judge Ruben Ranz, for whom "delivery signs must have their own employees".

The platform, which raised 450 million euros in funds in April, announced that it would hire 2,000 deliverers working for its own online supermarkets or for companies with which the group has signed agreements.

The 8 to 10,000 other meal deliverers will remain independent.

The Spanish group, which did not respond to AFP's requests, has developed a new status, supposed to strengthen their autonomy: they will be able to connect at the time they wish and will not be penalized if they refuse an order.

This model, supposed to rule out any direct relationship with delivery people, "is a way of getting around the law", annoys Carlos Gutiérrez.

"They know that what they are doing is illegal, but they hope to save time in this way," says Ruben Ranz.

The two unions have appealed to the labor inspectorate, which could initiate legal proceedings.

What to add a little more uncertainty to a market in full boiling, with the arrival in recent weeks of new platforms, like Rocket and Getir, whose delivery people will be well and truly employees.

"We are in a somewhat chaotic period where everyone is trying to position themselves in a market where huge amounts of money are invested", judged in a recent forum the founder of Deelivers, Adrian Pena.