Had connections to criminal gangs - and lived under threat

The artist Einár lived under threat and associated with criminal circles. Last spring, the now dead rapper was kidnapped and pressured for money, a crime for which several people in the criminal Vårbynätverket were later convicted. - Through those he has hung out with and through his music, he has irritated people in the criminal environment, which also created a threat against him from several directions, says SVT's reporter Diamant Salihu. 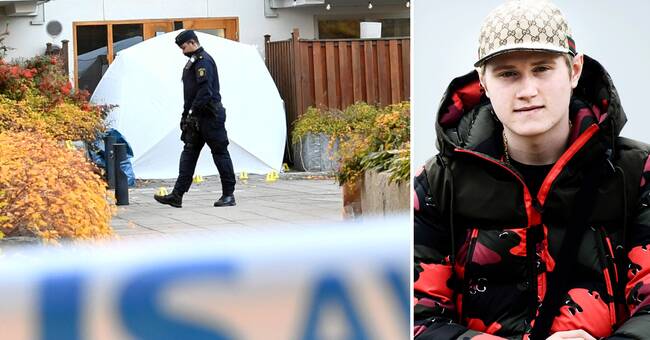 The rapper Nils Grönberg, better known under the artist name Einár, was born in 2002 in Stockholm and started making music early.

In his texts he often referred to weapons, drugs and violence.

He himself had previously been convicted of, among other things, minor drug offenses, assault and illegal driving.

In April 2020, the artist Einár was kidnapped.

The purpose was to keep the artist in custody and extort money from him.

A total of 14 people were charged with involvement in the kidnapping scandal, which was part of the extensive trial against the Vårbyn network in the spring of 2021.

Did not want to participate myself

According to the indictment, the leader of the Vårbynätverket must also have planned and ordered an explosion of a home connected to a relative of Einár to force him to pay three million kronor.

Rappers Yasin Mahamoud and Haval Kahlil, Vårbynätverket's leader Chihab Lamouri, a former youth national team player in football and four other people were later convicted of involvement in the kidnapping.

Einár himself did not want to take part in the trial against Vårbynätverket in the district court.

According to chamber prosecutor Anna Stråth, he was called to testify against the network in the Court of Appeal next week.

- Through those he associates with and through his music, Einár has irritated people in the criminal environment, which also created a threat against him from several directions.

There can be several explanations for the exact motive for this murder, says SVT's reporter Diamant Salihu.

- Several rappers who are linked to different criminal gangs have the backing of the gangs that they have often grown up in the same area as.

Einár moved between many different groups and did not have the same support, which also made him more vulnerable.

Praised and criticized - this was Einár Photo: Jesscia Gow / TT