From Prades to Brassens, the "return to the sources" of Castex - France 24

From Prades to Brassens, the "return to the sources" of Castex Prades (France) (AFP) The intensity of the days of a Prime Minister is sometimes measured at the level of the bottle of hydroalcoholic gel that an aide-de-camp, sometimes a little overwhelmed by the effusions, draws between two rounds of greetings and hugs. Friday, said bottle was singularly lightened with the "return to the sources" of Mr. Castex on his lands of the Pyrénées-Orientales, in the 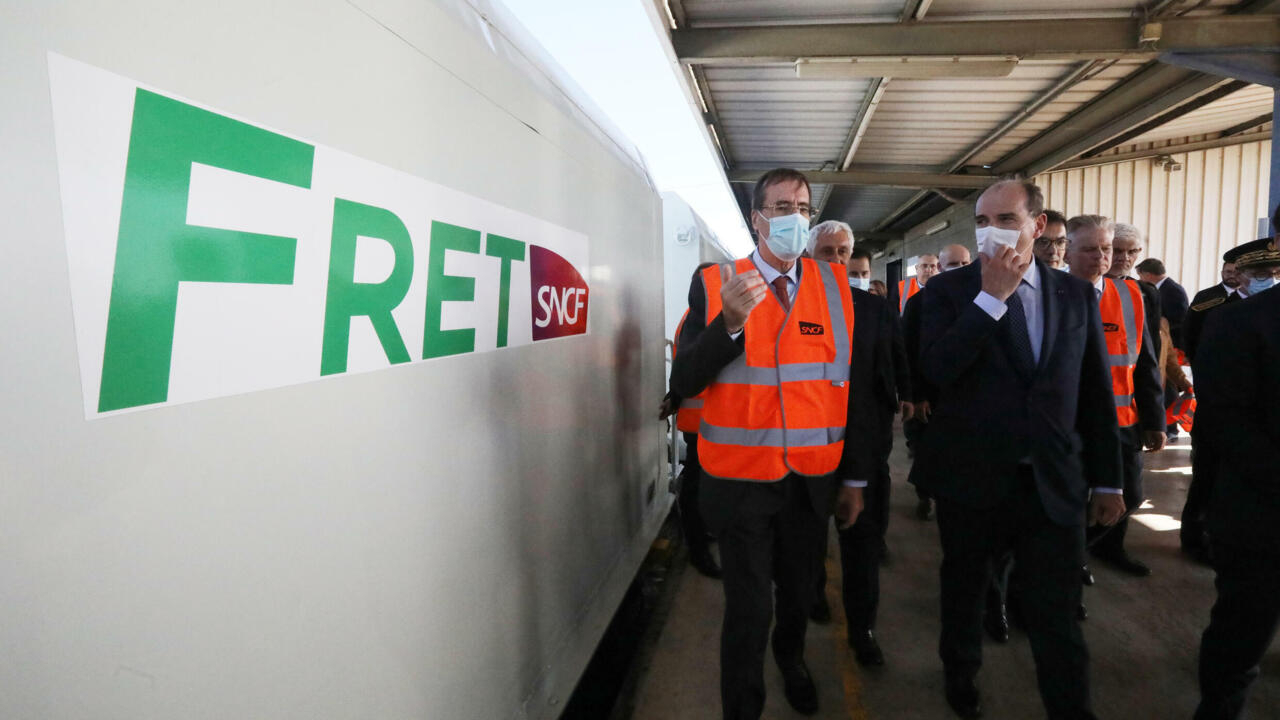 The intensity of the days of a Prime Minister is sometimes measured at the level of the bottle of hydroalcoholic gel that an aide-de-camp, sometimes a little overwhelmed by the effusions, draws between two rounds of greetings and hugs.

Friday, said bottle was singularly lightened with the "return to the sources" of Mr. Castex on his lands of the Pyrénées-Orientales, in the small town of Prades where everyone still imagines him mayor, after having occupied the chair 12 years until 'when he was appointed to Matignon in July 2020. Even if the dogma of barrier gestures has been somewhat erased in this maelstrom of reunions with inhabitants that he likes to name by their first names.

If he could - regrettably - embrace the 6,000 souls of the town, the Prime Minister inquired about the health of Richard the baker and hugged Martine, took the temperature of Jean-Jacques' business at the real estate agency, asked for news of little Gabriel whose father says he "grows like a mushroom".

And of course swallowed a coffee with "the senators of Conflent", a merry band of septuagenarians firmly attached to the back room of the bar "Chez Féfé", nicknamed by Mr. Castex "the holy of holies".

In the exchanges with his family, no comment on the announcement, the day before, of an "inflation check" of 100 euros.

Rather, it evokes old memories or the current affairs of the city.

Arrived in his former mayor's office, the decoration intact for 30 years, Mr. Castex sighs: "I miss it and it serves me. Here, we are in the sizes of communities where we take everything directly. We do not can't delegate, sub-delegate. It's very formative. "

In front of the photo of one of his predecessors at the town hall, who was at the same time aedile, senator RPR and general councilor, he also defends the local anchoring of the national elected officials, undermined by the prohibition of the accumulation of mandates.

"When it comes to municipalities of modest size, I think it would be very useful for the exercise of national mandates to have your feet on the ground, this permanent contact with reality. Otherwise it cuts a little", advance- he, pleading for "an amendment" of the law.

Later, and before going to lunch in his favorite restaurant located in the Intermarché shopping mall, with a view of the Canigou, Mr. Castex laid the first stone of a pedestrian bridge over the river cutting the city, the Tet.

The opportunity to praise these small-scale projects partly co-financed by the State, "the best way to reconcile politics with citizens".

An illustration of the Castex method, self-proclaimed Prime Minister of "territories", fond of inaugurations of sections of national road and 4G antennas, and leading his policies to the compass of "common sense".

It is moreover in the name of this same "common sense" that he relaunched with relish on Friday afternoon the "primeurs train", bringing Mediterranean fruits and vegetables from Perpignan to the Rungis market, after two years of "incomprehensible" interruption.

A file that this notorious railroader seized upon his arrival at Matignon and that he carried from start to finish, adding on Friday the personal and almost childish pleasure of climbing into the locomotive and making the train whistle twice.

At the end of the day, Mr. Castex was expected in Sète, where the festivities around the centenary of the birth of Georges Brassens (October 22, 1921) are in full swing.

Absolute fan of the singer, whose repertoire he knows by heart, the head of government must visit an exhibition dedicated to the one who grew up on the slopes of Mont Saint-Clair, before attending a performance of the comedian François' birthday show. Morel.