A "new air" makes the Perpignan-Rungis primeurs train start again Paris (AFP) Q: Why did the service stop in 2019? A .: There were two customers who did not want to continue at these price and quality conditions. We clearly had a problem of competitiveness in relation to the price of the road. We had a vicious circle: it didn't pay for the product, we couldn't renovate the wagons, they broke down more and more ... And at one point, it stopped for lack of custo 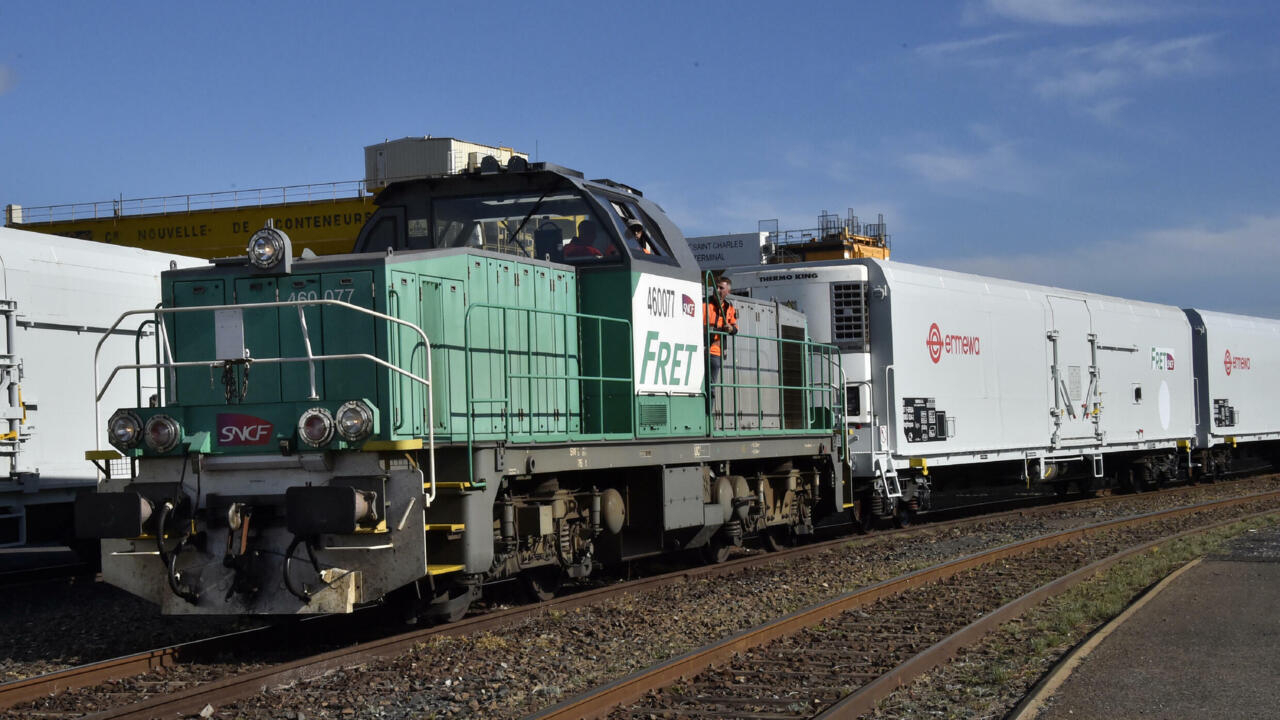 A .: There were two customers who did not want to continue at these price and quality conditions.

We clearly had a problem of competitiveness in relation to the price of the road.

We had a vicious circle: it didn't pay for the product, we couldn't renovate the wagons, they broke down more and more ... And at one point, it stopped for lack of customers.

Two years ago, it was the harsh law of the market that applied, the train was not subsidized.

The context has changed with the European Green Deal and the French recovery plan: fresh air in rail freight!

And the method changed because the state seized on the search for a solution by appealing to market players with an extremely open call for expression of interest, which said "bring your proposals to make trains between Occitanie and Ile-de-France ".

This call was broad enough, with an obligation to include the reopening of a service between Perpignan and Rungis to meet the demand for the transport of early vegetables.

Q: What do you offer?

A .: We won through a call for tenders, so we are very proud.

We went to see all the people who transport goods, especially fresh, not only for the MIN (market of national interest, Editor's note) of Rungis, but also for mass distribution in Ile-de-France.

We have offered - and this is what makes the difference - two complementary services.

First, there is the relaunch of the conventional primeurs train that existed before, renovated, relaunched almost identically, which will run five days a week from Monday to Friday.

For the judgment of the offer it was necessary to have customers who commit and we found Primever who guarantees that it will fill the twelve wagons.

We cannot do more than 12 wagons per train, because not all of them could be repaired to last until the end of the contract we obtained, at the end of 2024.

Alongside that, we proposed a rail motorway service between Le Boulou (Pyrénées-Orientales, on the Spanish border) and Gennevilliers (Hauts-de-Seine).

There, it is mainly semi-trailers that get on the train, because there were enough products to put together for mass distribution.

Unlike the early vegetables train, this train has a big advantage, which is that it can load something other than early vegetables, and, above all, it allows products to be loaded in the other direction.

It is therefore economically better balanced, and it is the sum of the two that has won.

It costs more than the road and that's why a subsidy is needed, but the ecological benefits justify this subsidy.

A. What I know is that a large majority of users of the MIN in Perpignan would be very favorable to moving towards combined transport, either containers on trains, or rail motorways with trucks on. the trains.

And then the refrigerated wagons of the early bird train, even those that have been renovated and are running again, will soon reach their expiration limit.

There is a rail motorway project - therefore with semi-trailers that get on the train - between Barcelona, ​​Perpignan, Rungis and Antwerp.

But today, we cannot build a rail motorway that goes through Rungis, because there is no terminal.

For this project of the future Barcelona-Perpignan-Rungis-Antwerp, a new call for expressions of interest will have to be made to complete the funding.

It will also be necessary to build a combined transport terminal at Rungis.

However, that would not stop Le Boulou-Gennevilliers.