Le Figaro: 10 years after the incident, this is how Gaddafi was killed

In that large room, where a very strong smell smelt, I got into a crowd to find myself at last the corpse of Libyan leader Muammar Gaddafi, with the corpse of his son and his main bodyguard next to him. 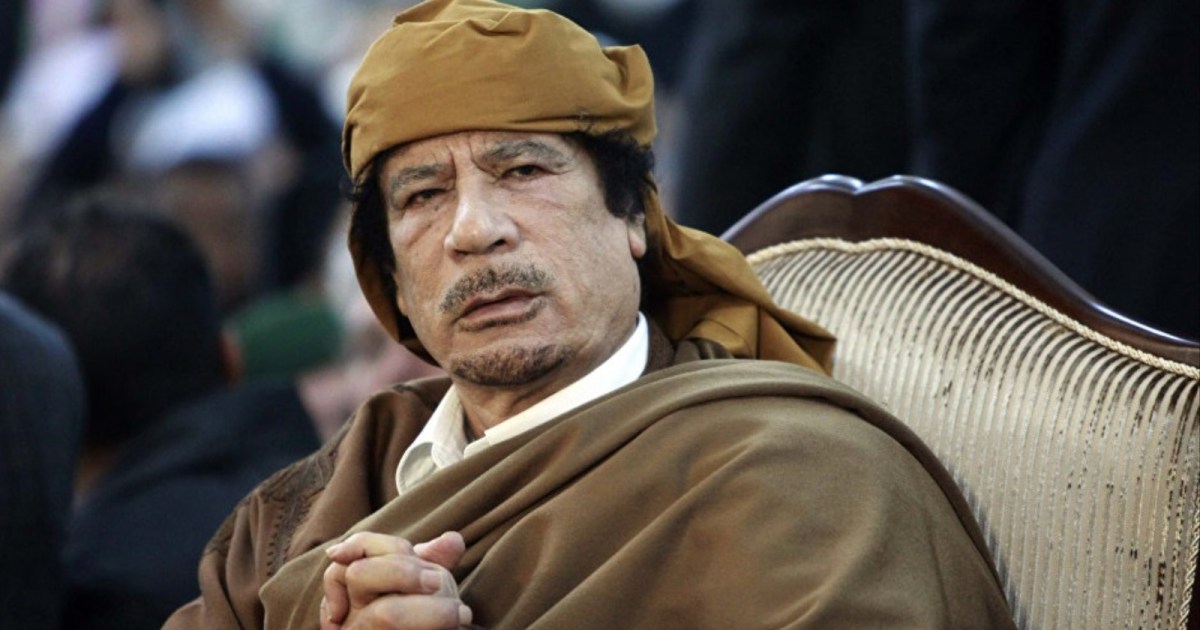 In that large room, where a very strong smell smelt, I got into a crowd to find myself at last in front of the body of Libyan leader Muammar Gaddafi, with the body of his son and his main bodyguard next to him.

This is how the French journalist Alfred de Montesquieu describes his entry into the room where Gaddafi's body was placed, a day after his death.

And he explains in a report that won the prestigious "Albert Launder" award - the highest French journalistic award - that the day before that (that is, in the early morning of Thursday, October 20, 2011), a column of about 40 cars left the coastal city of Sirte, the last stronghold A loyalist to Gaddafi, hoping to infiltrate the ranks of the heavily armed revolutionaries while they are still asleep.

The reporter - then a journalist in the Paris Match periodical - had gone to Sirte immediately after the leader's death, and he says - in an interview with the newspaper "Le Figaro" - that "the Libyans were unleashed on that day," He saw some Libyans kicking the leader's corpse or pulling out locks of his hair or even some of his nails.

He adds, "The anger was intense and they expressed it financially. They were all taking selfies and touching his body and even insulting him. It was pathetic," how not!

This man, who ruled for 41 years, is being hated by the mob.

To shed light on what happened prior to Gaddafi's capture, the reporter says: "The first rebel lines, exhausted by weeks of fighting, did not notice anything passing, except for an American drone that monitors the forces trying to escape."

That column was carrying the Libyan leader, Muammar Gaddafi, who lost the battle of Sirte.

This escape attempt was the initiative of the son of the leader Mutassim Gaddafi, who was hoping to cross the desert and reach the south to take shelter there, but as soon as the convoy reached the outskirts of Sirte, an American drone fired a missile that hit 3 of the fleeing cars.

Was the West wanted to eliminate Gaddafi?

This is what Jalil Harchaoui, a researcher at the Global Initiative to Combat Transnational Organized Crime and a specialist in Libya, responds by saying: "We will never know if the foreign powers of the North Atlantic Treaty Organization (NATO) premeditatedly planned this scenario and predicted Gaddafi's death, But what is certain is that NATO did not want to let him escape."

Moments after the first US drone strike, French NATO fighters, including the Mirage 2000, dropped bombs on the convoy as it tried to make its way under rebel fire on the ground.

"It was a massacre," says Alfred de Montesquieu, citing testimonies he collected.

"They were transporting hundreds of petrol cans across the desert, and many of them died crawling on the ground on burning fuel spots."

As for Gaddafi, says Le Figaro, "he was hit in the head, as we will see in the revolutionaries' videos later. He was bleeding profusely and fled with his son on foot to be pursued by the revolutionaries, resorting to two large drainage holes.

Here, Montesquieu says, the one who once called himself the "king of the kings of Africa" ​​became trapped "like a rat in a sewer", before the revolutionaries eliminated the rest of his supporters and killed him in the way that was widely published on social networks.

Commenting on the extrajudicial execution of Gaddafi, Montesquieu quotes one of the revolutionaries as saying: "You have to understand that this man, who ruled for 42 years, was worse than Satan and we no longer see him as a human being at all."

"He was killed by two bullets at point-blank range," according to Alfred de Montesquieu, and this is also the conclusion of the forensic pathologist who performed his autopsy, according to the newspaper.

Soon, a young man named Sanad Al-Sadiq Al-Araibi announced in a video clip posted on social media that he was the one who killed the leader, Gaddafi, and presented evidence of this with a gold ring believed to be Gaddafi's ring.

But did things really turn out this way?

For Montesquieu, the answer is "yes, of course", ruling out conspiracy theories prevailing in the Arab world that say that Gaddafi was assassinated by elements belonging to one of the Arab countries, or perhaps even from French intelligence.

Here, Le Figaro quoted Jalil Harchaoui as saying in response to the multiple theories surrounding the leader’s death: “It was the Libyans who killed him, and there are no other possibilities.” Gaddafi died the same way Mussolini did," he said, referring to the Italian fascist leader Benito Mussolini, who was killed by an Italian faction in a small village in northern Italy.