India administered one billion doses of Covid-19 vaccine New Delhi (AFP) According to the government, about three quarters of adults in this country of 1.3 billion people have received an injection, and about 30% are fully immunized. Hundreds of millions of Indians under the age of 18, who make up about 40% of the population, have still not been vaccinated, however. India experienced a very high peak in April and May, recording more than 400,000 infe 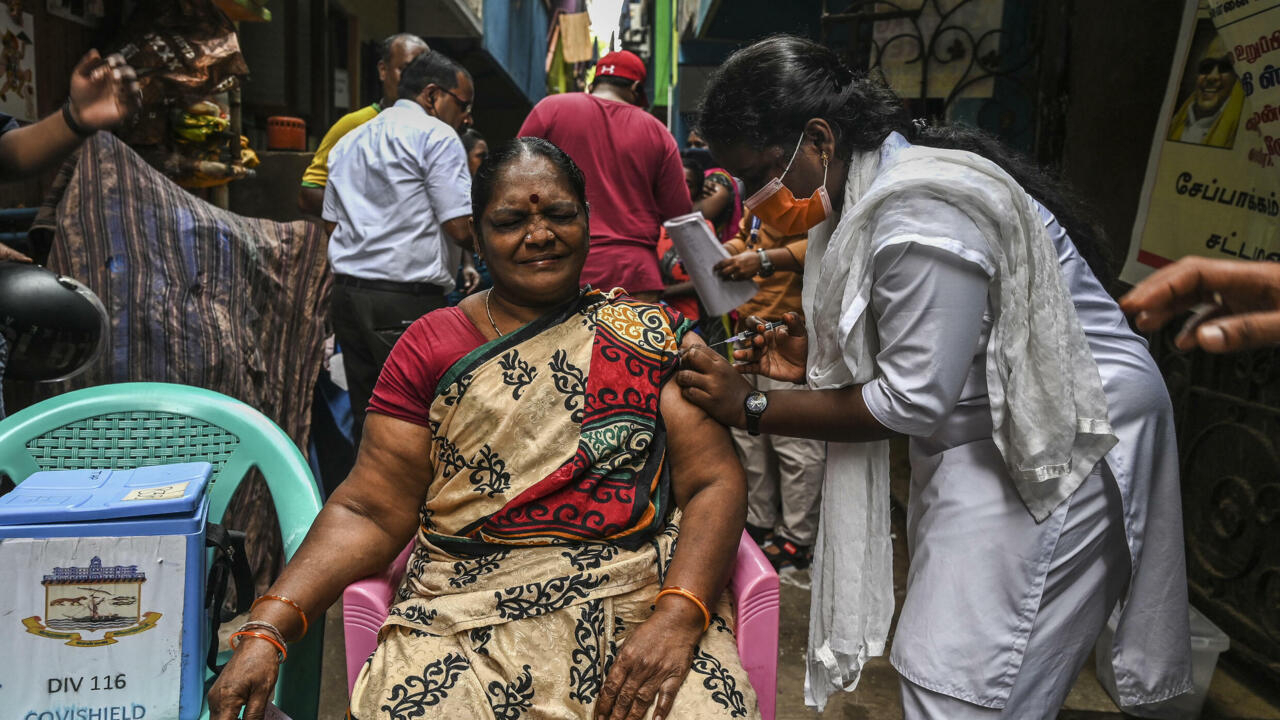 According to the government, about three quarters of adults in this country of 1.3 billion people have received an injection, and about 30% are fully immunized.

Hundreds of millions of Indians under the age of 18, who make up about 40% of the population, have still not been vaccinated, however.

India experienced a very high peak in April and May, recording more than 400,000 infections and 4,000 deaths per day.

Many hospitals, overwhelmed with sick people, had been unable to cope, and the crematoriums had been overwhelmed.

Cases have since declined sharply, with less than 15,000 infections per day, and most activities have returned to normal.

Bombay, the economic capital of India, recently recorded a day without any Covid-related deaths for the first time since the start of the pandemic.

Special announcements were made at stations and airports, and monuments were illuminated in national colors to celebrate this milestone.

A resident of Chennai, India, gets vaccinated against Covid-19 on October 19, 2021 Arun SANKAR AFP

To celebrate the event, the Minister of Health, Mansukh Mandaviya, must present a new song performed by singer Kailash Kher and an audiovisual production at the Red Fort, a historic site in New Delhi.

“Congratulations to India! This is the result of the able leadership of visionary Prime Minister Modi,” he tweeted.

India is the second country to have administered a billion doses after China, which injected more than 2.3 billion according to Beijing.

India started vaccinations in January and, after a slow start, it is now injecting around eight million doses per day.

Health workers beat the recall in the streets of Chennai during a vaccination campaign, October 19, 2021 Arun SANKAR AFP

“During the first wave, I remember hearing people questioning whether the coronavirus was real or not,” said Reham Ali, a 49-year-old taxi driver in New Delhi who says he received an injection.

"Now people know it is and there is less hesitation. The second wave has opened our eyes," he continues.

Vaccine exports, interrupted at the start of the year, have temporarily resumed, and the authorities say that the "pharmacy of the world" will be in full swing again in 2022.

With most restrictions lifted, crowds were able to celebrate India's main religious holiday season this month for the first time in two years.

The festivities, however, raised concerns about a new wave of infections, and the government encouraged the population to be injected a new dose.

Last week, a panel of experts from the Indian Medicines Regulatory Authority recommended the use of Covaxin, one of the seven Covid-19 vaccines approved in India, for those under the age of 18.

"I think it is unlikely that we will see a third wave that in any way resembles the second wave," said Dr Gangandeep Kang, from Christian Medical College in Vellore in the State of Tamil Nadu. (South East).

A scenario which, according to him, could only occur "if we have a completely new variant of the virus. It will then be a new pandemic," she told AFP.

Officially, India has recorded just over 34 million infections and around 452,000 deaths since the start of the pandemic, although this figure is generally considered to be vastly underestimated.