How did French laws eliminate the public life of veiled women?

The new French law prohibits women accompanying their children on school trips from wearing the headscarf, and prohibits veiled women from visiting their children at school and from participating in a sporting event or competition hosted by a sports association. 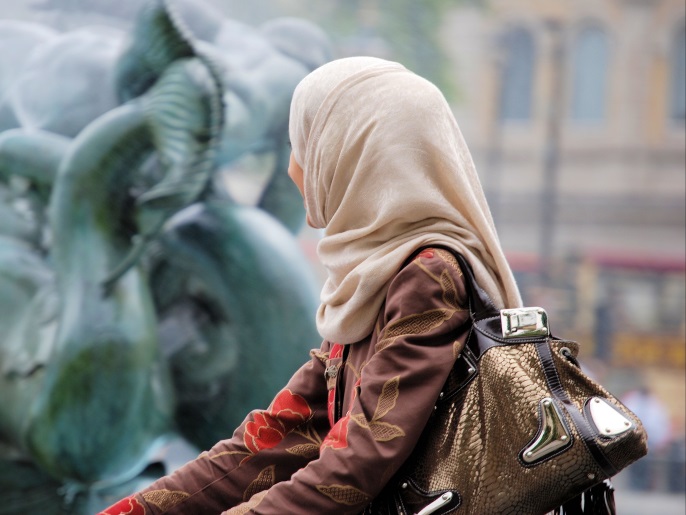 In October 2020, French President Emmanuel Macron announced a new bill restricting the right of women to wear the Islamic headscarf in public. The law was ratified by the Senate and the Parliamentary National Committee last July, and it will enter into force soon.

The new law prohibits women accompanying their children on school trips from wearing the headscarf, veiled women from visiting their children inside school or nurseries, and from participating in a sporting event or competition hosted by a sports federation, in a context where the French Football Federation is the only international body banning veiled women. from participating in sports.

A public life is at stake

After the Senate ratification session, women launched the "handsoffmyhijab" campaign, supported by prominent Muslim women such as Ibtihaj Muhammad;

She is the first veiled US Olympic athlete, Somali-born model Rawda Mohamed, and US Congressman Ilhan Omar.

#HandsOffMyHijab – This is how Muslim women in France are battling a potential headscarf ban for girls under 18 years old.

This was not the first time that French law and politicians violated the rights of Muslim women, but there are other violations, most notably:

Young victims of the hijab fight

On March 15, 2004, French law passed a law prohibiting students in pre-university classes from attending their classes in public schools and universities if they wore clear religious symbols, such as a head covering, a scarf or a turban, and then prevented Jewish, Muslim and Sikh students from going to school, after Subject to disciplinary sessions and the threat of dismissal.

The law targeted Muslims, and caused the expulsion of dozens of minority children - mostly Muslim girls - in the first year of its implementation, and about 150 students chose to leave school voluntarily, and the numbers declined in the following three years.

Children expelled from school by law faced the stigma of being excluded from French society, and that their identities were the basis for depriving them of education, and the law also caused them to drop out of education, and there are only 60 private Islamic schools in France, unlike more than 8,000 Catholic schools , while France now has the largest number of Muslims in Europe, estimated at 4.7 million, and representing 7.5% of the French.

Islamic education became unavailable with the introduction of a law in 2018, which stipulated that private school directors and teachers must hold French citizenship, with the possibility of closing the rest of Islamic schools with the “anti-separatist” law, and given the poor economic reality of the majority of Muslims in France, private education becomes Impossible.