Brescia. He takes her life with a hammer, the ex during interrogation: "I wanted to kill her" 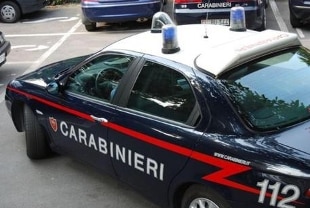 "I hit her several times in the head. At that moment I wanted to kill her. Why so much violence? Because there were feelings, no, I retracted and I don't want to answer this question. It was a raptus". Thus Enzo Galesi in the interrogation sustained last night in front of the prosecutor of Brescia Carlo Pappalardo, in which he admitted the murder of the former partner Elena Casanova, 49 years old killed by hammer blows. The 59-year-old said he had an affair with the victim that ended a year ago. "I met her yesterday in a shop in Castegnato and then - he said - I went to wait for her outside the house".

Among the first to arrive at the crime scene was the victim's ex-husband who was in a car with his daughter and was heading towards his house a few meters away. "I saw him in front of Elena who was on the ground, he was there, motionless, smoking a cigarette. I realized something had happened, and at that moment I only thought about taking my daughter away," said the man.

The mayor of Castegnato, Gianluca Cominassi is "dismayed". As for the repercussions of such a fact on the community of about 8,000 inhabitants, he underlines: "Covid has exacerbated silences and frustrations, I don't know if it is directly connected to this fact". It is certain, he adds, on the strength of a professional experience in family mediation, that "here the whole system of relationships has to be rebuilt".