The new album "Astérix et le Griffon", the first album to emerge since the death of its emblematic designer, Albert Uderzo, is released on Thursday. The scriptwriter of the comic strip, Jean-Yves Ferri,… 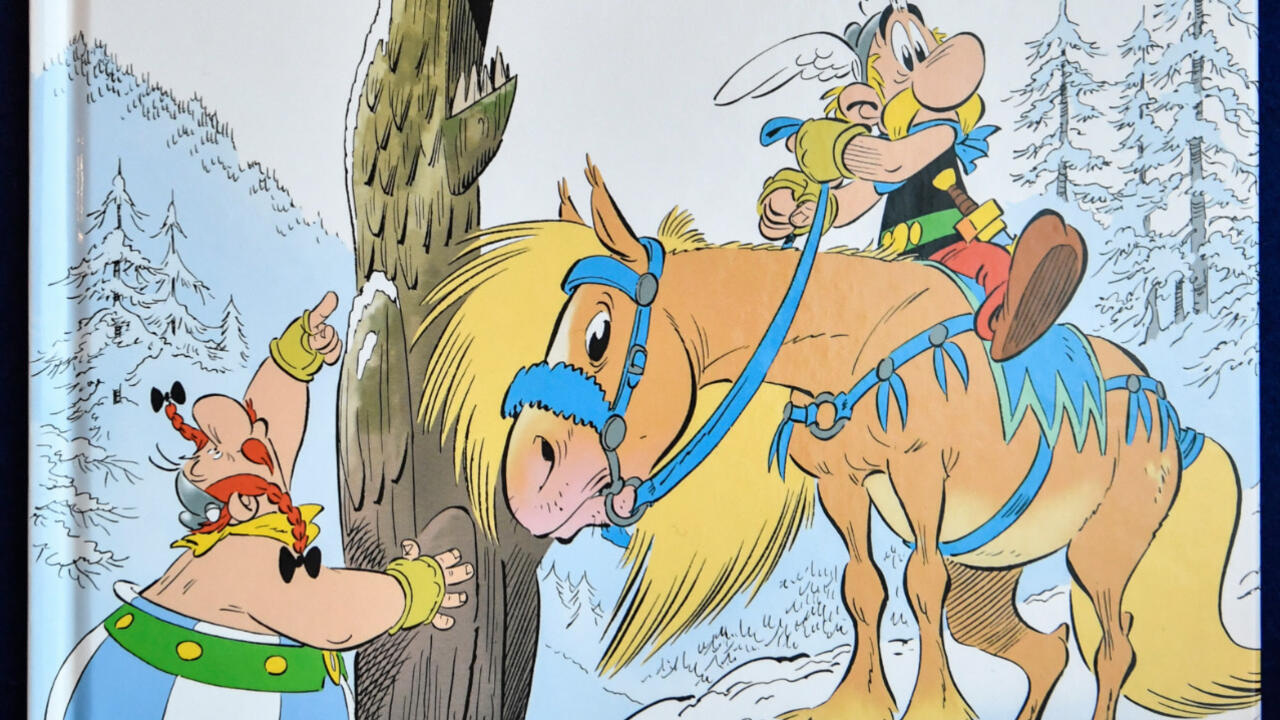 Asterix is ​​back, Thursday October 21, for his 39th album, "Asterix and the Griffon", where all does not go as planned for the most famous of the Gauls.

What is assured is success: five million copies in 17 languages ​​have been printed by Albert René editions.

The character keeps, whatever happens, the favors of several generations.

Its two creators, René Goscinny and Albert Uderzo, are no longer of this world.

And their successors, designer Didier Conrad and screenwriter Jean-Yves Ferri, have learned a lesson from them: avoid taking themselves too seriously.

"Basically it's made for fun. Asterix is ​​humor!", Launches the second, questioned by AFP.

At France 24, Thursday, he explained to have slipped a small tribute to one of the fathers of the hero.

"We slipped a little sad bit at the end of the album, which is a hello to Albert Uderzo, who himself had put a little rabbit who was walking away from the banquet when his colleague Goscinny died. is pleased with this friendly greeting. "

The adventure starts here from a premonitory dream of the druid Panoramix, who feels the danger threatening his shaman counterpart among the Sarmatians, a nomadic people in eastern Europe.

These Sarmatians existed, but little is known about them.

The opportunity was good to imagine them in society with reversed roles: the men in the village (in the yurt, in this case), the women in the war.

"That the women took part in the fights of the real Sarmatians, it is indeed the case, but I think that the men were with them. But there were Sarmatian queens, apparently, riders ...", advance Jean- Yves Ferri.

"It was fun to bring that closer to some current debates."

As for the griffin, this animal totem half-eagle, half-lion, the emperor Julius Caesar would like to go to Sarmatian territory in order to capture it for its glory.

He was convinced of this by a fairly sure geographer, Terinconus, the most visible Roman in this adventure.

The character's comedy is reinforced by his resemblance to the writer Michel Houellebecq.

"I found that he corresponded well to the role, there is nothing treacherous about it", explains Jean-Yves Ferri to France 24. "We will see if that makes him laugh, or not".

But does this famous griffin exist, as the centurion at the head of the expedition to the borders of Europe hopes?

Or is it just a Sarmatian myth?

"The Gauls are quite impervious to that", underlines the screenwriter.

Between Asterix, who came from Armorica, and the Sarmatians, from a region stretching from present-day Ukraine to the foothills of the Caucasus and the steppes of Central Asia, we understand each other especially in the face of adversity against the Romans.

"Asterix is ​​often taken as a symbol of resistance, but historical authors have always defended themselves against political recovery, because Asterix's vocation is really hindsight and humor," says Jean-Yves Ferri.

The album gives an unexpected role to two characters who are usually quite unambiguous: an unusually tormented Obelix, and his dog Idéfix who responds to the "call of the forest", like Jack London.

And for Asterix, everything suddenly becomes very complicated.

For this launch, the Albert René editions have imagined a game for phones and tablets in augmented reality, "Asterix & Obelix: Vidi Vici" ("I saw I conquered" in Latin).

It will be available in France, Belgium, Germany and Quebec.

But the main stake is that the criticism is good.

It can be tough at times with this franchise that monopolizes the best seller rankings.

Regarding the previous album, "La Fille de Vercingétorix" in 2019, she was divided to know if he really valued a female character, or if he had nourished sexist clichés.

Star of the new Reporters Without Borders album

The famous comic book hero is also the new star of the 68th album of the association for the defense of press freedom, Reporters Without Borders, to be released on Thursday.

"With the support of Editions Albert René, and the commitment to our side of Anne Goscinny, Ada Uderzo and Sylvie Uderzo, Reporters Without Borders has chosen the most emblematic series of Franco-Belgian comics to convey its values", explains the NGO in a press release.

The famous little warrior Asterix and his companions, created by the duo Albert Uderzo and René Goscinny, "have committed us for more than sixty years to say no to all oppressions, without ever giving up our joie de vivre", "a vision that RSF sharing ", explains the association.

RSF's portfolio, sold 9.90 euros in newsstands and bookstores, will be released on Thursday, as will the new album "Asterix and the Griffon".

In addition to vignettes on the emblematic Gauls, it includes unpublished texts signed by the historian Bruno Fuligni, the director of editions Albert René, Céleste Surugue, or even the academic specialist of Asterix Nicolas Rouvière.

The revenues generated by sales of the portfolio, which represent 30% of RSF's budget, will be entirely donated to the NGO.