The Olympic flame of the Olympics-2022 has arrived in China Beijing (AFP) After an ignition in Greece marked by protests by human rights activists opposed to China, the Olympic flame arrived in Beijing on Wednesday, which will host the Winter Olympics in February 2022. An official ceremony was held in the Olympic Tower, a gigantic steel structure over 200 meters high that dominates the north of the Chinese capital, and where the flame will be displayed. 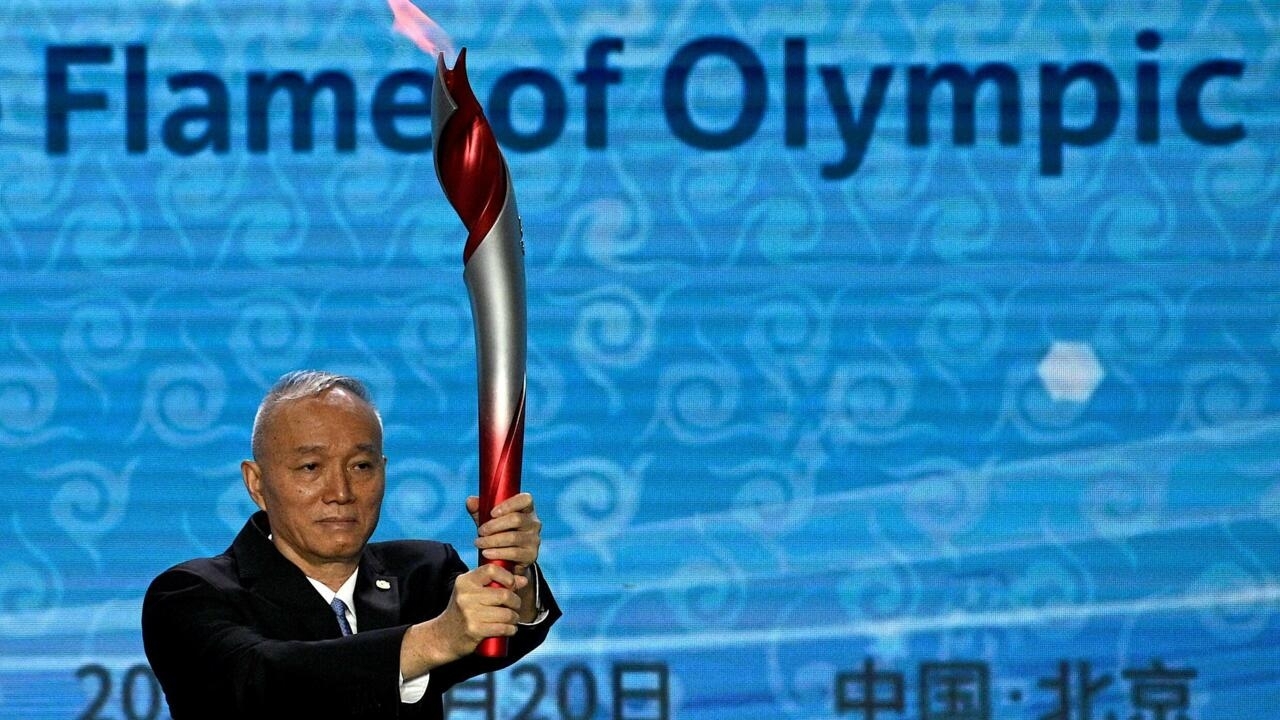 After an ignition in Greece marked by protests by human rights activists opposed to China, the Olympic flame arrived in Beijing on Wednesday, which will host the Winter Olympics in February 2022.

An official ceremony was held in the Olympic Tower, a gigantic steel structure over 200 meters high that dominates the north of the Chinese capital, and where the flame will be displayed.

Brought in by wearers in tracksuits, she was greeted by a children's choir before being transferred to a cauldron by Cai Qi, the leader of the Chinese Communist Party (CCP) in Beijing.

In addition to an "online relay", the "traditional torch relay will take place from February 2 to 4, 2022" at the competition venues with "about 1,200 torchbearers," said Zhang Jiandong, executive vice president of the committee on Wednesday. organization.

His words seem to imply that this three-day relay will be the only one organized in the country.

Nearly 2,900 athletes from 85 countries will take part in the Games, which will take place from February 4 to 20.

Torch and Olympic flame arriving at the arrival ceremony of the flame at the Olympic Tower in Beijing on October 20, 2021 Noel Celis AFP

On this occasion, the Chinese capital will become the first city in the world to organize the Winter Games after hosting the Summer Games in 2008.

As at the time, calls to boycott the event are heard abroad, this time around the situation of Tibetans, Uyghurs and Hong Kong people.

On Monday, the lighting of the flame in Greece was briefly disrupted by protesters.

They attempted to display a Tibetan flag and a "No Genocide Games" banner before being stopped by security.

"It's sport-money laundering. There is no legitimate reason to host the Games during a genocide," said Zumretay Arkin, head of the Uyghur World Congress, an organization of Uyghur exiles opposed to Beijing.

The Uyghurs are the main ethnic group in Xinjiang (northwest China).

The region has long been hit by bloody attacks, attributed to separatists or Uyghur Islamists.

Western studies, based on interpretations of official Chinese documents, testimonies of alleged victims and statistical extrapolations accuse the Chinese authorities of repression against the Uyghurs.

These reports accuse China of having interned in "camps" at least a million people, mostly Muslims, to resort to "forced sterilizations" and "forced labor".

Beijing strongly denies these accusations and presents the "camps" as "vocational training centers" intended to distance it from the temptation of extremism.

The United States claims China is engaged in "genocide" against Uyghurs and other Muslim minorities.

Human rights groups also accuse Beijing of limiting religious freedom and the rights of Tibetans and of having initiated political repression in Hong Kong.

Several of them are asking sponsors, foreign dignitaries, celebrities and even athletes to boycott the Olympics.

IOC President Thomas Bach emphasized the political neutrality of his organization and said it was up to governments to live up to their responsibilities.

A victim of the boycott of the Moscow Games in 1980, the former fencer said such measures only penalized the athletes, and insisted that the IOC was addressing the issue of rights "within the framework of its competence".

Protesters with a Tibetan flag and a banner during the flame lighting ceremony in Athens on October 18, 2021 ARIS MESSINIS AFP

The Olympics-2022 will in any case still be marked by the pandemic.

Big difference with the almost empty stadiums in Tokyo: the Beijing Games will take place with the public.

However, tickets will only be sold to people living in China.

The Asian country has drastically limited the arrival of foreigners since last year in order to avoid a resurgence of the epidemic on its soil, where Covid-19, apart from a few sporadic outbreaks, has been almost eradicated since spring 2020.

Athletes participating in the Beijing Olympics will have the choice: either to be fully vaccinated, or to undergo a 21-day quarantine upon arrival.

There was no vaccination obligation in Tokyo.